Top 3 Penny Stocks Under $0.01 With The Highest Volume Right Now

Penny stocks have now become a mainstream, go-to choice for day traders this year. The rise of retail apps like Robinhood, Webull, Fidelity, and others has brought new trends to the market. We no longer only hear about what the top hedge funds are doing.

Now, mainstream media outlets are interested in things like the top penny stocks on Reddit or the most discussed stocks on Twitter. Do a quick search on either of these topics, and you’re sure to find a significant number of choices and just as many accounts talking about them.

Hopefully, I don’t need to emphasize how important it is to do your research. There’ve already been breaking news stories about the dangers of doing so. Mystery accounts pumping and dumping their own shares isn’t new. Since there’s a lot more attention on the topic, in general, however, the spotlight has shined bright on all dark corners of the market.

No matter your personal feeling about penny stocks, they’re here to stay. Are they right for you? That answer is up to you. I can say that those who don’t treat them like lottery tickets tend to fare better than others—understanding how to day trade is key to this. We’re talking about shares of companies trading for pennies or, in this case, fractions of a penny.

Now, I’ll be the first to argue that the definition of penny stocks is based on the Security & Exchange Commission’s statement. Penny stocks are shares of companies priced at $5 or less. But then again, you can’t argue with the fact that they’re called “penny stocks,” so why wouldn’t they be defined as stocks trading for pennies? Honestly, whatever your definition is, the whole point of trading them is to make money.

When you start getting into the real cheap penny stocks – ones under $0.10 – volatility plays an even bigger role. We’re not talking about a few pennies equating to a 2-4% move; we’re talking about 1 penny meaning a shift of 10% or more. Today’s article will discuss some of the most active penny stocks under $0.01 right now. This activity is based on share volume, but the dollar volume traded is in the millions, even with sub-penny prices.

A few things to go over before getting into this list of penny stocks. First, these stocks have become well-known for manipulation. The frequency of sub-penny stocks seeing explosive moves one day and completely falling apart the next is very high.

Furthermore, many of these companies are either dark or defunct in their filings. This means that they haven’t reported material information or filed updated financial information in quite some time. Many will refer to these as ghost ship penny stocks. Essentially is a stock without a company based on a lack of operational information.

With this list of penny stocks, I can’t stress enough how many cheap stocks pose a very high risk. But based on the popularity of stocks under $0.01 we’ll go over the top 5 most active by dollar volume on Wednesday.

For starters, you’ve got a penny stock with a stop sign shown on OTC Markets. This signifies that the company may not be making material information publicly available. The company is late in filing its 2020 annual statement and recently posted a notification of late filing this month. What I will say is that if you look through the disclosure statements, Amazonas has filed several this week that cover reporting period ending for all 4 quarters in 2019, the 2019 annual report, and the first 3 quarters of 2020 as well. Considering that these have all gotten filed this week, it may have become the point of interest for traders.

Something else to keep in mind is that the company came out with its first announcement in years, last month. Amazonas said that it began the process of reorganization. Company administrators reinstated it with the State of Nevada and its transfer agents. Amazonas also said that it rehired auditors to complete all of the pending filings and disclosures.

Ricardo Cortez, Chairman of the Board of Amazonas Florestal Ltd. said, “After almost two years without operations, looking for the right business combination to keep the company in the Hemp Oil or Cannabis space, my team has been able to align with an important group of investors from Mexico to organize this exciting new subsidiary and establish it as an important player in the processing of Industrial Hemp Biomass in South Florida.”

Another one of the high volume penny stocks under $0.01 was Trans Global. This is another company that has chosen to only submit disclosures to OTC Markets and not the SEC. This month it submitted its 2020 Annual Report showing minimal assets, and a net loss for the year. Other than that, there haven’t been any headlines from the company since 2020. But with more than 1.1 billion shares traded equating to over $10 million in dollar volume.

TGGI stock has popped from $0.002 to highs of $0.01 over the last 4 sessions. This 400% move seems to have minimal apparent catalysts to point to. Furthermore, those who follow technicals will notice that volume is significantly lower on Tuesday compared to the previous days. Without any apparent fundamental catalyst and slowing volume, will TGGI manage to uphold this trend much longer?

Shares of MMEX Resources Corp. have gotten crushed over the last month or so. Following an epic rally from $0.0009 to highs of $0.0249 in February, MMEX stock went into a free-fall, coming back to levels around $0.0011. Something that it had going for it was the excitement surrounding renewable and green energy penny stocks. MMEX announced last month that it was planning to enhance its solar power strategy for clean energy.

This week, the company announced that it signed a project agreement for its first hydrogen and carbon capture project at an existing Texas site. Jack W. Hanks, President and CEO of MMEX Resources Corp. said, “We previously announced our intention to modify our business plan moving MMEX to clean energy use and production. We announced negotiations with a European co-developer partner to develop and finance a hydrogen project with carbon capture at the MMEX Pecos County, Texas site employing steam methane reformer technology with the abundant natural gas supplies in the immediate area as the feedstock.”

This seems to be the source of excitement on Wednesday. Something else to note was that an 8-K was also filed in connection with this news.

Sub-Penny Stocks Are Some Of The Riskiest In The Market

Without going as far as saying “buyer beware,” sub-penny stocks carry some of the highest risks among all penny stocks. Aside from frequent manipulation, the price alone can lend itself to wild swings in position value. Other things like limited reporting, unaudited financials, high levels of debt, and a general lack of information can create an even higher risk scenario. If there are penny stocks under $0.01 on your list right now, make sure to keep this in mind no matter how much volume may have been traded. 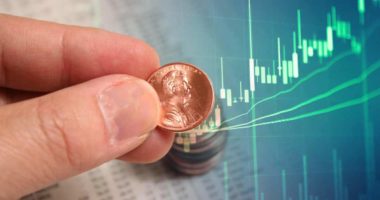 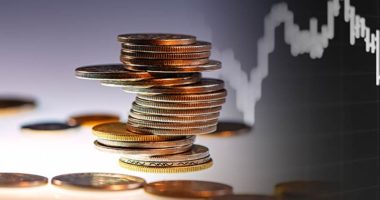 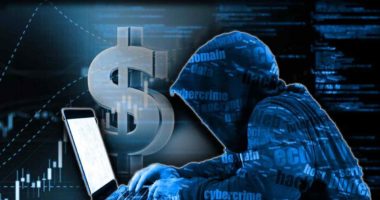 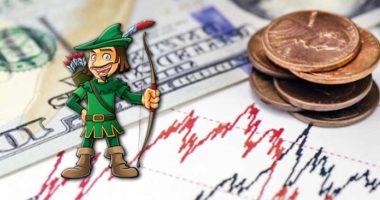