Are These 4 Penny Stocks On Your Watch List Right Now?

On Tuesday, March 23rd, both penny stocks and blue chips corrected towards the end of the day. Things got off to a bullish start, fears about inflation, and a speech from Fed Chair Jerome Powell sparked an intraday bearish sell-off. This may not have been the best for any positions held during the day; it could have also presented an opportunity to find penny stocks at lower levels. After the 10-year Treasury yield hit a 14-month high of over 1.75% last week, it is now hovering at around 1.64%. Meanwhile, the Russell 2000 Small-Cap Index ETF (NYSE: IWM) has failed to fight back the bears for 3 consecutive days.

Tom Essaye, an analyst at Sevens Report Research, stated that “I think what we’ve seen over the past couple days is some end-of-quarter positioning. The best performers quarter-to-date are getting sold right now, some of the worst performers are rallying. That’s typical as we end a quarter.”

While this may have been encouraging, investors should also consider that we are still feeling the effects of the pandemic. But, with so much volatility in things like penny stocks right now, the opportunity to find potential is evident. With this in mind, here are four that have weathered the pullback well so far. Considering the current market climate, it’s’ up to you to decide if they’re the best penny stocks to buy or if selling will continue to ensue.

Phunware is a penny stock that we’ve been covering for quite some time. Based in the U.S., Phunware is a tech company specializing in multiscreen-as-a-service or MaaS. This includes a large range of products, solutions, data, and services. It offers tools for businesses to monetize their audiences on a very large scale. Also, it offers Software Development Kits or SDKs as well as loyalty programs and more. As we see, Phunware has an extensive placement in the tech industry.

With its specialty in mobile services, the company has said that more than one billion active devices touch its platform every month. This is quite a sizable number and should not be ignored. A few weeks ago, Phunware announced the closing of a public offering of common stock. This offering, worth $24.7 million, will serve to offer Phunware a great deal of capital for future growth.

Earlier in March, Phunware announced that it had been selected by Dignity Health Yavapai Regional Medical Center to offer location-based services software. Dignity will use Phunware’s state-of-the-art MaaS platform to offer a wide range of services to those who work at its facilities.

Alan Knitowski, CEO of Phunware, stated that “Dignity Health’s leadership team has embraced digital transformation and is setting the standard for patient care by leveraging our cutting edge, state-of-the-art technology. We are excited to work with the team at YRMC, which represents the 40th deployment of our MaaS LBS software for Dignity Health.”

Additionally, Phunware will report its fourth-quarter and full-year 2020 earnings on March 25th after market close. Ahead of this, is PHUN on your list of penny stocks to watch?

An unusual circumstance has led to many energy companies jumping in value on March 24th. This includes Centennial Resource Development, which is up by almost 8% at midday. Today’s circumstance is a perfect example of how outside factors can impact industries. On Wednesday, news broke about a huge container ship that ended up sideways in the Suez Canal.

This canal is one of the most trafficked shipping lanes globally, connecting the Middle East to the Mediterranean. With this ship effectively stuck in the canal, no others can get past. Given that this is a major pipeline for the export and import of fuels, we could see a supply drop in the coming weeks. Now one thing to keep in mind is that this event is most likely very temporary.

But, it has resulted in investors moving into the energy market based on basic supply and demand. It’s also important to consider that this gain is purely the effect of one event, rather than an announcement made by the company. But for those looking at CDEV’s prospects, the company has a lot in the works. Only a week ago, it announced the pricing of a $150 million senior note offering. This should help to give it the proper capital needed to enter into several capped call transactions.

Also, it will use the remainder of the proceeds to redeem all of its current 8% second lien senior secured notes that aren’t due until 2025. This move could also be important for CDEV’s balance sheet moving forward.

We’ve covered LGHL stock quite a few times in the past. Lion Group is primarily a fintech company offering trading platforms to consumers in Asia. Its platform is aimed at retail investors, where it offers everything from CFD trading to insurance brokerage and securities trading. A few weeks ago, it engaged Maxim Group LLC and Loeb & Loeb LLP to create a new SPAC company.

The Aquarius I Acquisition Corp. SPAC will specialize in fintech, software, internet tech, and more. CEO of Lion, Mr. Chunning Wang, stated that “as one of the first SPACs to originate from the Asia region, Lion has firsthand experience with SPAC mergers and sufficient financial resources.”

In addition to this big announcement, Lion Group has hopped on the trend of the NFT or non-fungible token market. This is a market that allows individuals to sell digital art in a non-reproduce-able and overall, novel way. Lion states that it will be working with Grandshores Technology to allow for blockchain support, as well as management of digital assets.

Other NFT penny stocks have also climbed this week, illustrating just how important this market could become. Since December of last year, shares of LGHL have climbed by over 80%. With everything above considered, will LGHL be on your penny stock watchlist?

Citius Pharmaceuticals is a specialty pharmaceutical company. It develops and commercializes a range of critical care products. This includes both anti-infectives as well as those used in cancer treatment. On March 23rd, Citius announced that it would be highlighting its Phase 3 clinical trial of Mino-Lok at the upcoming Benzinga Biotech Small-Cap Conference.

Executive Chairman Leonard Mazur stated that “we are eagerly awaiting the third interim efficacy analysis from our independent Drug Monitoring Committee regarding the Mino-Lok Phase 3 trial in progress. The antibiotic lock solution market is large and substantially underserved, with an estimated market opportunity of $750 million in the U.S. and over $1.5 billion worldwide.”

Currently, Citius has three proprietary product candidates that it is working on. This includes Mino-Lok, CITI-101, a wrap-able medical film, and CITI-002, a treatment for inflammation and pain in those suffering from hemorrhoids. Mino-Lok continues to be the company’s frontrunner, with the aforementioned Phase 3 trial currently underway.

Additionally, it has already received a QIDP or Qualified Infectious Disease Product Designation from the FDA. Its other compound, CITI-002, could also be beneficial to the company in the long term. There are currently no FDA-approved prescriptions that are made for this specific type of hemorrhoid treatment. So with its promising pipeline in mind, is CTXR stock worth watching? 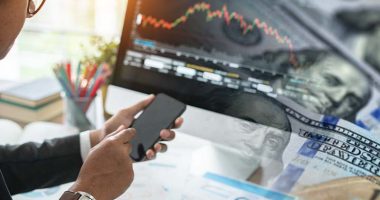 Are These Penny Stocks Going Higher Before The Weekend? Penny stocks are… 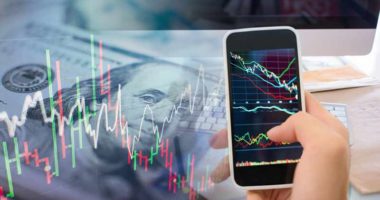 Penny Stocks On Robinhood To Watch This Week 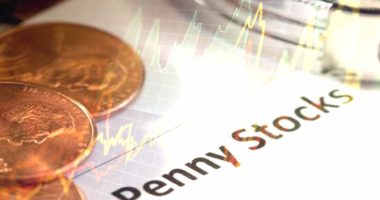 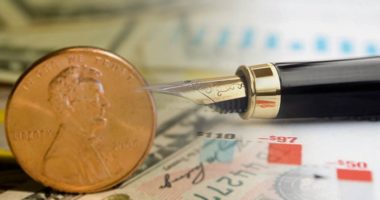