Are These Penny Stocks To Buy After Recent Insider Actions?

What comes to mind when you hear “penny stocks” and “insider trading” in the same sentence? My guess is that if you’re a new trader, you get a little nervous. The only reason for that is usually because you associate it with negative headlines you read about or see on TV. In reality, insiders and institutions trade stocks and disclose this information to the public.

Most recently, a negative light was cast on penny stocks and insider activity with Kodak. The company had issued options to certain management that coincided with talks that some think should have been disclosed. Regardless, you’ll see back in May that there was a string of FORM 4s showing these insider options.

Regardless of the reasons for issuing options, warrants, or trading stock, these events are all disclosed. Many traders will use things like FORM 4s, 13G’s, 13F’s, and the like to understand the sentiment and general interest in certain penny stocks. Believe me, if you don’t think there are institutions buying penny stocks, think again. You’ll see more of that in this article.

Needless to say, it’s important to look at everything when doing your research. These filings will show you who’s buying, selling, and even if they have options to exercise. Generally speaking, when insiders or large institutions are buying penny stocks, for instance, the market sees that as a positive. At the very least, it shows people seemingly “in the know” are putting skin in the game. If you’re on the hunt for penny stocks to buy or, simply watch, here’s a quick list of companies with recent activity.

9 Meters Biopharma Inc. (NMTR Stock Report) hasn’t been much of a “long term penny stock” in my opinion. What I mean by this is that NMTR hasn’t established a general up or downtrend so far. It has seen short-term spikes, however, and has likely become one of the penny stocks traders watch. Needless to say, more recently – within the last few days – the market has woken up a bit. Friday saw more than 6 million shares trade and on August 17th, more than 11 million shares traded before the end of the day. Considering that NMTR typically trades less than 1 million shares a day, you might say “something’s a little different” right now.

Late last week the company came out with its second quarter results and a business update. While the financials weren’t much to write about, key aspects of 9Meters’ business update are in my opinion. Specifically, the company initiated Phase 1b/2a clinical trial with a proprietary long-acting GLP-1 agonist, in short bowel syndrome. The first patients were dosed in July and top-line data is expected by Q1 2021. Furthermore, the company is expecting lead indication selection of its NM-003 and NM-004 during the second half of this year. Both treatments deal with different GI issues.

Aside from this update, there were more events this week that have traders looking at NMTR stock right now. That has everything to do with recent insider activity. On August 17th, a FORM 4 was filed. It showed company CEO John Temperato purchasing 35,000 shares of NMTR stock at an average of $0.5666 per share. This brings his total holdings to 545,496 as of today. Will this finally be the tipping point for NMTR to establish a real trend in the market?

Colony Capital Inc. (CLNY Stock Report) has been one of the penny stocks we’ve been watching for a few months. Specifically, we started following in early May. At the time, CLNY stock traded around $2 and Digital Colony announced a strategic recapitalization of Beanfield Metroconnect. Digital Colony is the digital infrastructure investment platform of Colony Capital. With the economic discussion focusing on reopening and getting back to business, real estate stocks have started attracting new interest. Colony Capital’s asset portfolio and total revenue generation are split primarily between its real estate equity and real estate debt divisions.

Earlier this month, the company reported its second-quarter results. Colony posted revenue of $372.4 million and a loss per share of $0.04. Management also said that “Despite the impact of COVID-19, the Company’s digital portfolio companies across investment management and operating businesses grew core organic revenues approximately 9% on average YoY in the second quarter.”

August has been a strong month for CLNY stock. Since the start of August, shares have climbed by as much as 60%. This week, momentum hasn’t slowed either with the penny stock making new August highs. Aside from earnings results, there was more to look for in the company’s filings. Last week, several FORM 4s were filed showing Colony’s CFO, CLO, and CEO all buying stock. In total, nearly 200,000 shares were purchased between $2.48 and $2.6966 with 100k of those shares purchased at the latter by CEO Marc Ganzi. In light of all of this recent activity, is CLNY on your list of penny stocks to buy or avoid right now?

Similarly, BioCryst Pharmaceuticals Inc. (BCRX Stock Report) is another one of the penny stocks we’ve followed for a bit. Biocryst stock has actually been on our list consistently since mid-November of 2019. At the time it was trading around $1.50 and had just reached its 52-week low. Ironically, it was gaining attention for the development of its RAPIVAB treatment for influenza. Speed things up a bit and you’ll see that a lot has transpired since November.

A few weeks ago, BioCryst announced that the U.S. FDA granted Fast Track designation for its oral Factor D inhibitor, BCX9930. This is for the treatment of paroxysmal nocturnal hemoglobinuria; a disease that destroys red blood cells. Aside from that treatment, much of the attention, in general, has been on BCRX as a coronavirus penny stock. Mainly, the company’s BCX4430 (galidesivir) has become a key point of focus for traders.

Right now the company is enrolling patients across multiple sites in Brazil for a Phase 1 trial to assess the safety, clinical impact, and antiviral effects of galidesivir in patients with COVID-19. It would also seem that the company’s progress is also exciting more than just traders. Last week, Anthony Doyle, the company’s CFO filed a FORM 4 showing he picked up 54,000 shares of BCRX stock at an average price of $4.08; a $220k purchase.

Avinger Inc. (AVGR Stock Report) hasn’t seen insider trading, per se. However, it has seen institutional interest build. During the first week of August, a 13G filing showed a 5.7% stake taken in the company by CVI Investments, Inc. If you do a little research, you can see that CVI has investments in a number of small-cap medical, biotech, and healthcare-related names. That 5.7% equates to a 4 million share position in the company.

[Learn More] Where Do Penny Stocks Fit Into Your Portfolio?

Those of you who’ve read our articles this month are likely familiar with Avinger. We started picking up on progress on August 3rd. The company had just announced its second-quarter results. Avinger beat estimates for EPS as well as sales for the quarter. Avinger reported ($0.18) EPS compared to ($0.20). Sales came in at $1.5 million compared to $1.34 million.

Aside from recent financing for $6 million, there haven’t been many new updates from the company. The company said it may use a portion of the net proceeds to acquire complementary products, technologies, or businesses or to repay the principal on its debt. Something else to keep in mind is in May Avinger submitted a 510(k) application for U.S. pre-marketing clearance.

This was for its Ocelaris image-guided CTO crossing catheter. As we noted at the end of last week, the company’s CEO Jeff Soinski said, “On the clinical front, completion of our INSIGHT IDE study remains a priority as it supports an anticipated future 510(k) filing for an expanded indication of plaque removal from in-stent restenosis (ISR) with the Pantheris catheter.”

So we’ll have to see what happens next, now that Avinger’s latest funding round has closed. 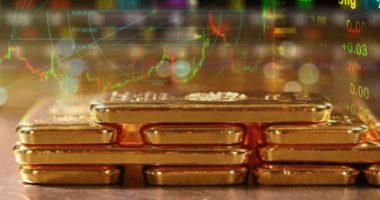 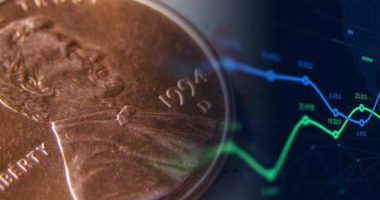 Which penny stocks are on your watchlist today? 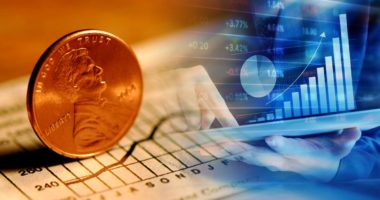 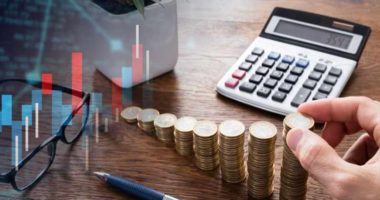