Looking For Penny Stocks To Trade Before July? 3 To Watch

If there’s something we know about penny stocks to buy it’s that catalysts can play big roles. Whether it’s directly or indirectly related to the penny stocks themselves, news headlines can be a big trigger for stocks under $5 to breakout.

In this case, it’s also important to not only understand what the catalyst is but how it has become a trigger for a move. Is the news coming from a company directly and citing a big event? On the other hand, is the news more industry-related where a breakout could be in sympathy with the update? Similarly, it could also be filings, rumors, or general broad sector momentum.

At the end of the day it’s up to you to do your research and decide for yourself. Take, for instance, Ideanomics (IDEX Stock Report). We’ve been covering the progress of this company for weeks. Over the weekend, we discussed IDEX stock and what’s transpired over that time. A lot of the latest momentum has originated from Ideanomics auto dealers operating in its subsidiary, Mobile Energy Global. The company has continued to report new sales and delivery.

Even this week Ideanomics’ Mobile Energy Global subsidiary announced another round of new orders. This time it was from the city of Neijiang. The order was for a total of 200 electric vehicles in a deal valued at $3.2 million according to the company. Despite the concerns over Chinese companies, Ideanomics has continued captivating traders’ attention. Since the start of June, IDEX stock has climbed by more than 890%. That was a clear example of company-specific news helping to fuel momentum in a stock.

Now, will this last? It’s a great question but I wouldn’t discount the fact that after such a huge move, a pull-back wouldn’t be out of the question. Regardless, a 40 cent stock just reached nearly $4 in a matter of 4 weeks so take that for what it’s worth. The point is that news catalysts can become a big focus for traders. In light of this, here are a few penny stocks with recent updates that could be on the watch lists this week. It’s up to you to decide if they’ll be the best penny stocks to buy or avoid entirely.

Remark Holdings (MARK Stock Report) hasn’t been a stranger to news-fueled breakouts this quarter. If you remember back in April when we were first watching this company, excitement stemmed initially from “reopening” plans. Specifically, the question of “how will we control another wave?” was a focus.

In the case of Remark, the company focuses on thermal imaging among other things. In a series of tweets, the company kept the public abreast of new “opportunities” as it would appear. The company showed its technology being used in hotel lobbies, event spaces, and the like. While there weren’t corporate headlines to correspond, pictures are worth a thousand words, right?

Last week we saw that the company achieved FFC approval for a contactless temperature scanner. There’s no doubt that companies like Remark would be on the watch list right now due to the simple fact that I don’t think anyone wants another wave of COVID-19. Is Remark “the one”? That’s up to you to decide as there are plenty of other companies doing Thermal imaging right now. Needless to say, MARK stock is back on the move this week after a report from the Washington Post titled, “LAX is testing fever-detecting cameras as passengers depart and arrive.”

Starting this week, travelers going through LAX will be asked to go through a new screening process by walking past cameras that can flag travelers with fevers. That’s not directly about Remark, however, it does reference something that Remark focuses on. Is sympathy momentum something to take into account right now?

Kitov Pharma (KTOV Stock Report) is another one of the penny stocks to watch in June. It was one of the more actively discussed biotech penny stocks in May and June. The focus for Kitov has been on its progress with pain management and immune diseases. Last month, the company announced that the U.S. FDA accepted its Investigational New Drug application to conduct a Phase 1/2 clinical trial.

Today the company presents preclinical data for NT219 in a poster at the American Association of Cancer Research Virtual Meeting II. Obviously, this would be something to take into consideration if KTOV stock is on your list right now. In a May 22 update regarding the company’s NT219, Bertrand Liang, M.D., Ph.D., Chief Medical Officer of Kitov said, “The acceptance of our IND by the FDA to conduct this important clinical study represents a significant achievement for our NT219 development program. Based on the encouraging preclinical data generated in various studies with NT219, we believe this promising drug candidate has the potential to be a safe and effective therapy for multiple treatment resistant cancers. We look forward to beginning to generate key clinical evidence for NT219 through this Phase 1/2 trial.”

As this could be a developing event, KTOV stock is likely one that will be on the watch list for now. Shares gapped up on Monday to an opening high of $0.769. Not only this but it was the first time KTOV stock broke significantly higher than its 200-Day Moving Average. If you’ve followed the coverage on KTOV, you’ll remember that this level has continued to act as a level of resistance for quite some time. Will this be the turning point of that?

This was another one of the penny stocks we talked about this weekend. HTG Molecular Diagnostics (HTGM Stock Report) has been grinding higher since the start of the second quarter. In fact, after reaching 52-week lows of $0.2671 during the first week of April, shares of HTGM stock have done nothing but climb. As of June 22, the penny stock reached new, 2020 highs of $0.92; a 244% move.

Of course, this was one of the companies we watched a little earlier. In late March, we started to talk about HTG after the company reported its full-year 2019 earnings results. This included product-related services revenue of $14.6 million. Compared to the $9.1 million for 2018, HTG saw a noticeable 60% jump. While shares slid slightly from $0.37 at the time, overall it’s been a strong run for HTGM this quarter.

Last week the company announced the pre-launch introduction of its new HTG EdgeSeq Pan B-Cell Lymphoma Panel. HTG said it’s expected to be commercially available for purchase in kit form or as a service in HTG’s VERI/O laboratory starting in July 2020. Byron Lawson , Senior Vice President and Chief Commercial Officer. “We are excited to expand the HTG EdgeSeq assay portfolio with this new RUO panel, which will include the cell of origin signature available in HTG EdgeSeq Reveal, HTG’s web-based biostatistical analysis software tool. Together we expect these tools to enable both HTG and researchers globally to develop molecular subtyping algorithms to potentially classify various aggressive lymphomas.”

Will this latest surge of trading momentum help HTGM stock reach new highs before Q3 starts? In June alone, the penny stock’s rally has equated to a 73% move. 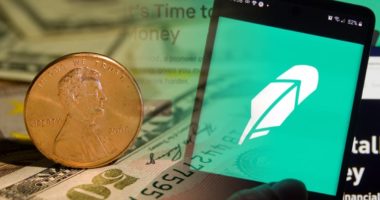 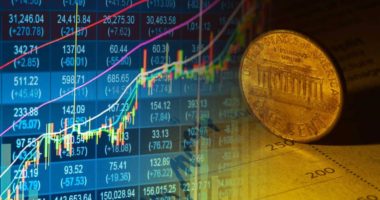 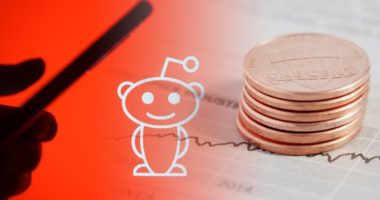 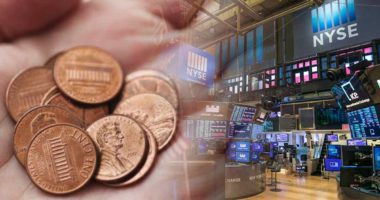