Will These Biotech Penny Stocks Make New Highs Before Q3?

One of the most volatile sectors in the stocks market today has been biotechnology. When it comes to biotech penny stocks, the inherent volatility is a big attraction for momentum day traders.

Think about it, you’ve got penny stocks, which are volatile on their own and you have the biotech sector, which is already a speculative market niche. What could go wrong, right? When it comes to trading penny stocks in biotech, pharma, healthcare, and related, it’s important to understand this. As they say, knowing is half the battle.

Unlike most of the other sectors, biotech has actually produced some of the biggest success stories in the stock market, in general. In fact, if you’ve read our eBook, you likely saw a few of these used as examples of how penny stocks can go on to become market leaders.

Are Biotech Penny Stocks Worth It?

It takes a lot of work on the part of the companies and it also takes a lot of trust from shareholders. But in certain cases, the ideal mix can result in life-changing growth. This year, alone we saw this on a moderate scale thanks, in part to coronavirus. One of the clearest examples I can think of was NovaVax (NVAX Stock Report).

For those unfamiliar with the company, NovaVax is a biotechnology company that develops vaccines. It caught huge momentum starting in January with the rise of COVID-19 and it hasn’t looked back ever since. I won’t bore you with all of the articles about it (click here for NVAX curated articles), but we witnessed a stock under $5 run to nearly $70 this year. By all accounts, that’s one of the biggest things to come out of the world of penny stocks this year and our readers witnessed it in real time.

Does this happen for all penny stocks? Of course not but in many cases, biotech penny stocks have a history of producing anomalies like this compared to other industries. A mix of cutting edge innovation, speculation, and sometimes sheer luck are key catalysts at play. So heading into a new quarter (soon) let’s take a look at some of the trending biotech penny stocks this week.

At the tail end of March, we took a closer look at Trinity Biotech Plc (TRIB Stock Report). Shares were explosive and managed to jump to highs of $1.73. After a little bit of profit-taking ensued during the sessions to follow, TRIB stock went on a more consistent rally through the 2nd quarter. As of June 22, the penny stock reached new highs of $2.44 marking a move of more than 100% since the end of March. Needless to say, it hasn’t come without a lot of volatility.

Yes, the general trend is up, but if you look at the week-by-week activity, this has been a wild move. When we first started following the company, Trinity was working on development of its ELISA Test for detecting antibodies to viruses that cause COVID-19 in human blood. Fast-forward a few weeks and Trinity is in the validation phase with its Covid-19 IgG ELISA antibody test.

According to the company, this test will determine which individuals within the population have been exposed to the SARS-CoV-2 virus. The transfer of the product into its facility in New York was completed. Furthermore, the Trinity said it anticipates submitting the validation documentation to the FDA and gaining Emergency Use Authorization by the end of this month. Considering that we are quite literally at the end of June right now, it could be a speculative market bet that has some excitement building around the stock.

Zomedica Pharmaceuticals Corp. (ZOM Stock Report) is a biotech penny stock focusing on a different medium: animals. That’s right, Zomedica is a veterinary diagnostic and pharmaceutical company that we’ve reported on for a little while now. Surges of momentum come and go but overall, ZOM stock has been trading relatively sideways this year. Sure, the penny stock broke out several times since mid-February. In general, however, shares have typically found a frequent home around $0.15-$0.20. Needless to say, that doesn’t mean it hasn’t been one of the biotech penny stocks to watch this year.

The small-cap stock recently appointed an interim CEO to lead the company through its new product launch. Robert Cohen, formerly of EmboMedics, Inc, now serves at the company’s helm and will help the company move closer to the completion of its point of care platform. Earlier this month we talked about the company as COVID-19 was actually found in animals.

An update came out from the USDA in an article titled, “Confirmation of COVID-19 in Pet Dog in New York”. It specifically stated, “It appears that people with COVID-19 can spread the virus to animals during close contact. In light of this, it made sense that attention began building around the company’s TRUFORMA™ diagnostic device. It was initially designed to provide highly sensitive, species-optimized initial assays for the diagnosis of thyroid disease in dogs and cats.

Jeffrey Rowe, Chairman of the Board, said in a press release that, “Based on his successful track record in launching medical devices, we believe we’ve found the right person to lead our Company through the completion of the development of our TRUFORMA™ point-of-care diagnostic platform and to oversee its commercial launch.”

One of the penny stocks we talked about over the weekend was SiNtx Technologies (SINT Stock Report). The company has also focused its efforts on addressing COVID-19 related concerns. On June 20thSaturday, SiNtx reported a coronavirus-related update. The company announced that in a controlled laboratory study, the SARS-CoV-2 virus was inactivated when exposed to SiNtx’s sintered silicon nitride powder.

In a statement, CEO Sonny Bal said the data were consistent with silicon nitride’s anti-bacterial properties. “Additional testing at independent, outside laboratories is in progress to corroborate the effectiveness of silicon nitride against SARS-CoV-2,” he said. That development was a big point of focus on Monday. SINTX said it expects to share additional data “soon,” once the findings are published in a rapid-review forum. While SINT stock gapped up significantly during pre-market, most of the day was sideways.

Based on it being one of the most active penny stocks on Monday, and since it didn’t completely die out, it will be interesting to see a few things. First, what the rest of the week’s momentum will bring and second, the formal, published findings.

The largest penny stock on this list by market cap is Apyx Medical Corporation (APYX Stock Report). It joins the list of penny stocks after a big announcement late Monday afternoon. If you’re not familiar with this company, that’s not unusual in my opinion. It’s a very lightly traded penny stock to begin with and typically trades less than 200,000 shares a day. It’s on the medical device side of “biotech” and signed a significant deal this month.

Apyx develops Helium Plasma Technology. It’s marketed and sold as Renuvion® in the cosmetic surgery market and J-Plasma® in the hospital surgical market. Monday saw the company announce that it obtained regulatory approval to market and sell its products in 5 new countries. These include Brazil, Thailand, Taiwan, Israel, and Australia.

“While we expect each of these new countries to contribute to our growth profile in the coming years, we are especially excited by the growth opportunity we have in Brazil , which is estimated to be the second largest cosmetic surgery market in the world in terms of both the total number of procedures performed and the number of surgeons,” said Charlie Goodwin, President and Chief Executive Officer.

The biggest focus right now is how the market will react when it opens on June 22nd. Leave a comment below on your thoughts about APYX or any of the other penny stocks mentioned. 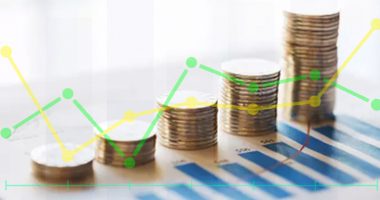 Could These Penny Stocks Be Set For New Highs? Investing in penny… 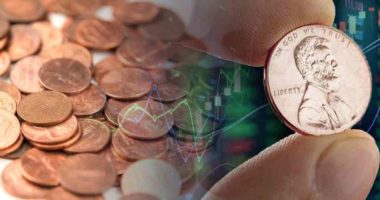 Check these 3 penny stocks out for your watchlist this month 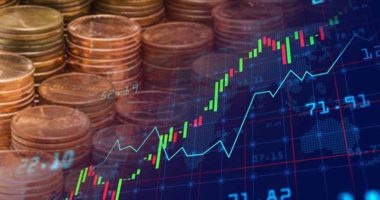 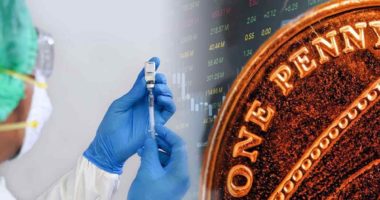 Best penny stocks to watch with vaccine rates higher than ever