Should These Biotech Penny Stocks Be On Your List Right Now?

Biotech penny stocks are some of the most sought after in the stock market today. It isn’t because they’re leading the market. For the most part, investors look to these penny stocks for their future potential. Novel treatments and groundbreaking developments are just a piece of the bigger picture traders look.

This year has certainly brought a lot of attention to the sector. COVID-19 definitely left its mark on both the market and biotech penny stocks. Some of the top names in the industry right now actually started out as stocks under $5 earlier this year. Novavax, Inovio Pharmaceuticals, and countless others were just penny stocks in the first quarter. Many of these companies were working on multiple pipeline treatments that had little to do with coronavirus.

However, one of the great things about pharma and biotech is that pipeline treatments might have indications for a multitude of diseases. In light of this it’s important to research the treatments themselves. The reason being is that over the last 9 months, we’ve seen plenty biotech companies miss trial endpoints. However, based on management’s outlook, we’ve also identified opportunities to take advantage of a drop ahead of the company’s next move.

The fact is, coronavirus isn’t the main focus anymore. While companies focusing on treatments are likely to gain attention, other factors have also come into play. During the second half of the year, immuno-oncology stocks or “cancer stocks” have taken some of the spotlight. This was brought into focus following Gilead’s $21 billion acquisition of Immunomedics at a significant premium. One of the attractive points of this deal was Gilead’s access to Immunomedics’ oncology platform.

GT Biopharma Inc. is one of the penny stocks under $1 to watch right now. The company has focused on novel treatments for numerous types of solid tumor cancers. It’s lead drug candidate, GTB-3550 is the company’s first TriKE™ product candidate being initially developed for the treatment of acute myeloid leukemia (AML). This TriKE platform is a tri-specific natural killer engager (TriKE™). It’s a combination protein that bridges an immune cell and a tumor cell to drive tumor cell killing power exponentially. It has led to new first-in-human phase studies to treat leukemia.

At the end of September the company gave an update to a big progress development in its Phase I/II trial of GTB-3550. Specifically, the company completed treatment of the first patient enrolled at Dose Level 3. Results appear to have been favorable as well. The dose showed a decrease in AML blast levels from 18% to 12% in the bone marrow. Furthermore, GT observed an increase in the patient’s NK cell activity and numbers attributable to the IL-15 component of the TriKE™ molecule. What’s more is that the patient experienced no adverse reactions

“We also observed improvement in marrow cellularity, a decrease in AML blast levels, and improving platelet and red blood cells numbers. The patient will be retreated with an additional round of GTB-3550 therapy at the 25mcg/kg/day dose.”

Lipocine Inc. (NASDAQ: LPCN) has been one of the top biotech penny stocks to watch in 2020 altogether. Since the start of the year, LPCN stock has climbed from under $0.40 to nearly $2.40. This move came as the company reported milestone-after-milestone. Late last year Lipocine stock had dropped below the $1 after a big miss. Its TLANDO treatment is an oral testosterone product candidate for testosterone replacement therapy. It didn’t meet the 3 secondary endpoints for maximal testosterone concentrations.

While the company has worked toward a clear path forward for TLANDO, it hasn’t stopped developing its other pipeline treatments either. At the end of September, the company announced that the last patient was enrolled in its LiFTPhase 2 clinical study. This is a paired-biopsy study investigating the company’s LPCN 1144 in confirmed non-cirrhotic non-alcoholic steatohepatitis subjects. LPCN 1144 is an oral prodrug of endogenous testosterone. Lipocine has also reported that LPCN 1144 showed meaningful reductions of liver fat in a proof of concept liver fat imaging study in the past.

[Read More] What Is The Best App For Penny Stocks?

One of the top things to keep in mind for October is TLANDO. Back in August, the FDA said it needed more time to review the company’s New Drug Application for the treatment. This NDA was a big point of focus earlier this year. “Although the FDA did not provide a timeline on a new action date, the FDA informed the company that the review is expected to be completed in the coming weeks,” Lipocine said in an August 28th PR. This, however, can also pose a high risk if there’s a negative outcome. So if LPCN stock is on your list, there’s a lot of moving parts to keep in mind heading into October.

Onconova Therapeutics (NASDAQ: ONTX) is one of the more beaten-down names on this list of penny stocks. However, it has made certain strides at the end of September that could put it on a watch list for October. Generally speaking, ONTX stock was having a strong year up until the end of August. Shares climbed from around $0.40 in January to highs of $1.56 during the third quarter. However, similar to Lipocine, bad data was the trigger for a massive sell-off in August.

The company announced a miss in its recent Phase 3 trial. In fact, Richard C. Woodman, M.D., Chief Medical Officer of Onconova said in a press release, “We plan to take learnings from genomic analyses of the INSPIRE trial to inform the future development of rigosertib.”

He further explained, “We also look forward to the continued expansion of the investigator-initiated study program with oral rigosertib beyond the ongoing Phase 1/2a study in KRAS+ lung adenocarcinoma into additional solid tumors. Our novel CDK4/6 + ARK5 inhibitor, ON 123300, could also represent a meaningful advance over existing products.”

At the end of September, Onconova announced that it began a Phase 1 clinical trial in China for ON 123300 via its partner, HanX Biopharmaceuticals. ON 123300 is said to have exhibited single agent toxicity against various cancers in preclinical studies including breast cancer, colon cancer, mantle cell lymphoma and multiple myeloma. As these trials begin, and the company further expands on its rigosertib, will ONTX be on your list of penny stocks to watch?

Spectrum Pharmaceuticals Inc. (NASDAQ: SPPI) is one of the higher-priced biotech penny stocks to watch in October. As with others on this list, Spectrum focuses on targeted oncology therapies. Last week, the company presented results from its pivotal Phase 2 clinical trial, ZENITH20. It was based on the evaluation of poziotinib in previously treated non-small cell lung cancer (NSCLC) patients with HER2 exon 20 insertion mutations (Cohort 2).

“There is no approved treatment for NSCLC patients with HER2 exon 20 insertion mutations, and we look forward to sharing this data with the FDA and discussing the path forward for poziotinib registration.”

JMP Securities initiated coverage on the company in September. The firm started SPPI stock at Outperform and issued a $12 price target. Heading into October, aside from any other news, Spectrum has an important upcoming date to keep in mind. Looking back at a December 2019 release, we can see that the FDA accepted for review the BLA for ROLONTIS for the treatment of chemotherapy-induced neutropenia and gave a PDUFA target action date of October 24, 2020. While this is an important date and one that could be a center of focus, it also poses a potential risk if the outcome isn’t what the company expects it to be. In light of this, will SPPI stay on your list of biotech penny stocks to watch in October?

Trevena Inc. (NASDAQ:TRVN)has recovered strongly from its dip in August. Overall, TRVN stock has experienced a strong year as well. Similar to LPCN stock, Trevena shares climbed significantly from the beginning of the year. On January 2, the penny stock was around $0.80 and managed to hit $3.68 highs in early August.

Since June 2nd Trevena has been on the radar. At the time, the company had begun collaborating with Imperial College London. The goal was to evaluate the treatment potential of TRV027 for acute lung injury in COVID patients. What’s more, is that the most recent focus has been on the company’s non-COVID pipeline. The OLINVYK treatment was featured in a few publications. It compared the safety between Trevena’s treatment and IV morphine.

“These two publications add to the comprehensive safety database of peer-reviewed published literature for OLINVYK.”

Trevena also presented at the Virtual American College of Clinical Pharmacology Annual Meeting at the end of the month. The company discussed progress on several pipeline candidates. These included TRV027 for COVID-19, OLINVYK vs Morphine, as well as information on TRV250 for migraine therapy. What’s also important to note is SVP and CMO of Trevena, Mark A. Demitrack , M.D. expressed that there could be “multiple exciting catalysts over the next few months.” 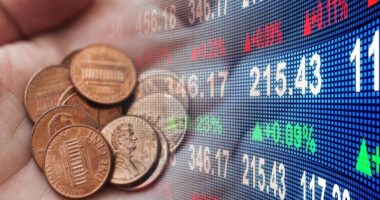 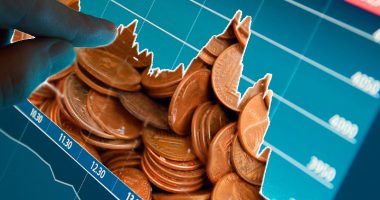 Are Any Of These Penny Stocks On Your Watch List? It’s always… 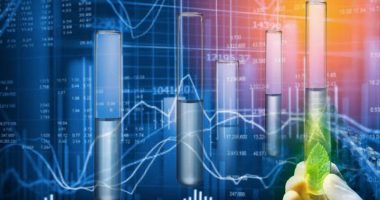 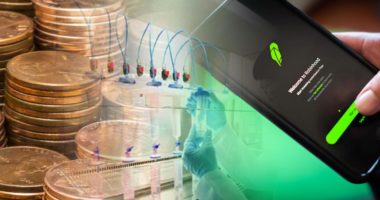