Are These Entertainment Penny Stocks On Your List Today?

Penny stocks are always a hot topic and right now, so is entertainment. One of the biggest reasons? People are still stuck at home with not much to do. Sure some are still able to work remotely but we also know that tens of millions of people are still collecting unemployment right now. This has lead to a growing interest in entertainment penny stocks recently and for obvious reasons.

This is an interesting topic to discuss because right now timing would suggest entertainment companies could benefit from stay-at-home orders. Next, we also want to keep in mind how people will respond once these orders are lifted. Right now we’ve got a scenario where kids are at home and out of school, parents may still need to work and social distancing has all but ended babysitting. So, who’s the “babysitter” some turn to? TV, gaming, and interactive entertainment.

With this in mind, it may not be a bad time to have some entertainment penny stocks on the radar. But this isn’t just about kids, it’s about adults too. One of the more popular outlets is, of course, Netflix. According to Kill the Cable Bill, a “cord cutting resource,” Netflix users are watching an average of about 3.2 hours of Netflix video per day.

That’s compared to an average of 2 hours per day in 2019. Considering the huge bump, amid the surge in streaming viewership, Netflix stock rose to a record high of $458.97 last month. What’s more is that it’s not an anomaly and the trend has also echoed across small-cap stocks as well.

Urban One Inc. (UONEK Stock Report) (UONE) has been a hot topic this week. More recently the UONEK ticker has gotten more attention simply due to the lower price compared to its voting-shares counterpart. While UONEK stock doesn’t offer shareholder voting rights, it does allow traders to gain exposure to whatever the company is doing.

Earlier this week, Urban One shares exploded to highs of $40 from a close last Friday of $1.84. UONE stock has risen further this morning, reaching a premarket high of over $54. UONEK, on the other hand has been a penny stock for longer. It’s also climbed considerably high this week too. On June 19th the penny stock officially left the “stocks under $5 club”. During premarket trading, shares rose to more than $6 after closing the Thursday session under $4.

Aside from entertainment penny stocks capturing attention recently, Urban One has been cited by other market analysts as a benefactor of something else. With riots and protests arising from heated race issues, investors have sought out to support African-American own/run companies. Urban One Inc is a multimedia company with a radio broadcasting franchise that targets African American and urban listeners.

With continued interest in supporting such businesses, investors have continued to pile into names like Urban One. Also, keep in mind that UONE and UONEK are both very low float stocks so big swings are more typical. Being one of the penny stocks to watch, can this type of trading momentum continue or is there another pull-back in its future?

NTN Buzztime Inc. (NTN Stock Report) is another one of the entertainment penny stocks to watch this week. The company’s stock broke out from around $1 on Monday to highs of $6.75 by Wednesday. Thursday’s pullback was almost expected based on the recent trend of parabolic penny stocks. But at the same time NTN was able to recover.

What’s happening with NTN stock on June 19? Shares are once again back on the move with a premarket high of over $3.60. While there’s been no new updates at the end of the week, momentum could still be reeling from an earlier announcement. On June 12, 2020, NTN announced entry into a non-binding letter of intent for a “potential” strategic transaction with a third party. This was revealed in an 8K on June 17th. But that’s the extent of the non-binding LOI.

Furthermore, the 8K also stated that NTN “does not intend to disclose additional details regarding the strategic process, or the letter of intent, unless and until further disclosure is appropriate or necessary.” So it makes it difficult to evaluate the full scope or potential of this transaction. Who’s the 3rd party, what are the benefits to either company, how will the translate for shareholders? If you have researched the story a bit, you’ll see something from back in January.

NTN reported that it would sell its Stump! Trivia business for $1.4million. The goal there was to lighten its product offering to expand into programmatic advertising. Does this deal have something to do with that? Time will tell but right now NTN stock has made waves this week. With less than 5 million shares outstanding it could be one of the low float penny stocks to watch.

Genius Brands (GNUS Stock Report) was one of the big movers from earlier this quarter. Shares rallied from around $0.33 in May to highs of over $11 this month. However, since that epic rally, GNUS stock has seen an epic decline. Shares dropped to a low of $2.55 after the close on Thursday further emphasizing why it’s so important to key a trading strategy in mind with penny stocks. Needless to say, GNUS stock is back on the move again on Friday. This time the penny stock has bounced back to highs of over $3 during premarket trading on June 19.

Despite some of the recent negative sentiment, there is still a following behind GNUS stock. Funny enough, GNUS has become a popular meme of a stick figure poking the ticker symbol, with the caption “Do Something”. Obviously, such a drop hasn’t been well received but the company continues to attract investors. Will Friday market a turnaround for the penny stock or is GNUS stock set to continue sliding? 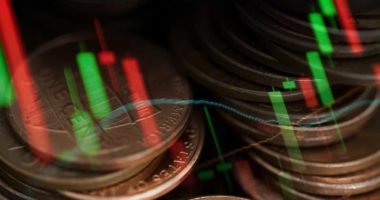 Are These Epicenter Stocks On your Watch List This Month? 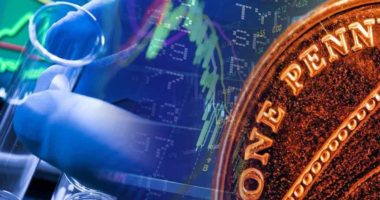 Are these the best biotech penny stocks to watch next month? Here’s 5 more for your list 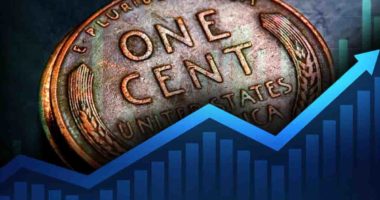 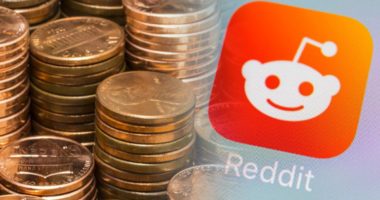 If you’re looking for penny stocks on Reddit, check these three out first