3 Penny Stocks To Buy For Under $3 Right Now; Are They Worth It?

Penny Stocks Trading Higher This Week; Are They Worth The Risk?
Total
1
Shares
Share 1
Tweet 0
Pin it 0

These Penny Stocks Can Be Bought For Under $3 Right Now

Depending on your strategy, penny stocks can be valuable components of your trading strategy. But you also should consider the risks involved before buying. By definition, penny stocks are equities trading below $5 per share. Aside from that, you also should understand that low priced stocks have increased volatility and with that, increased risk. While some traders will focus on how to make the most money, many pro traders will look at how to avoid loss.

This week has been full of major headlines that have sent the market all over the place. On Thursday we caught a glimpse of the state of the jobs market on Thursday. “The rising unemployment claims is a deeply concerning sign as the $600 weekly unemployment benefits soon expire for tens of millions of unemployed Americans,” said Glassdoor senior economist Daniel Zhao. But on the flip side of this, we’ve seen millions of new traders flood online brokers like Robinhood, WeBull, TD Ameritrade, and others. SO are they trading in their fulltime jobs for full-time trading?

[Read More] Are Penny Stocks Part Of Your Investing Strategy? 4 To Watch

Obviously, that’s meant to be seen. However, if you’re part of this new class of traders, I would suggest taking the time to learn the skills necessary to become consistently profitable. That will come with time. At the end of the day, it’s up to you to buy penny stocks and up to you to determine when to take profit. That’s what it’s all about, making money with penny stocks. Keeping this in mind, these can be bought for under $3 right now. Will they stay below that level or are they set for big moves? You decide and let us know in the comments below.

Penny Stocks To Buy For Under $3: Celsion Corporation

Shares of Celsion Corporation (CLSN Stock Report) have started to wake up a bit toward the end of the week this week. CLSN stock had a great beginning of the year. However, the last few weeks haven’t been that impressive. In fact, CLSN stock dropped from around $3.50 to lows of $1.02 by the middle of this week.

The initial drop was triggered after some disappointing news on July 13th. Celsion announced that it received a recommendation from the independent Data Monitoring Committee to consider stopping its global Phase 3 OPTIMA Study of its treatment, ThermoDox. Initially, the treatment was for hepatocellular carcinoma; primary liver cancer. Analysis found that the pre-specified boundary for stopping the trial for futility was crossed. Following this, the company held a conference call on July 15th to discuss additional specifics related to the study.

This week the company’s Chief Medical Officer, Nicholas Borys, MD was recently featured on a RealityRX Podcast. He spoke about clinical trials and COVID-19. Aside from this, there haven’t been many new updates from the company. Also, there haven’t been any new filings made since July 13th when the company filed an 8-K to accompany its press release.

In response to the findings, Michael H. Tardugno, Celsion’s chairman, president and chief executive officer said, “We will conduct additional analyses of the unblinded data from the trial to better understand the results and to develop our plan going forward. As always, we wish to acknowledge and thank all the patients and investigators for their participation in the trial.” Is there still hope for CLSN stock to rebound?

Penny Stocks To Buy For Under $3: Sunworks Inc.

If you remember at the beginning of the month we published this article an article on Sunworks Inc. (SUNW Stock Report). Titled, “Did These Low Float Penny Stocks Make The Cut This Week?” we discussed some names that might be ones to watch during July. Since then, you could say SUNW stock has had a good month. From July 1st to July 23rd, shares have moved from $0.99 to early highs of $1.80. The unique part besides SUNW having a low float is that there haven’t been many new updates from the company.

One of the things we highlighted, however, was that the company called for a shareholder vote on several topics. One of these was to approve an amendment allowing it to reduce its authorized share count. The record date for the annual meeting was June 30, 2020 and on July 8th a 14A filing showed that there would be a formal shareholder meeting held on August 26th.

One thing that might be something to consider is the recent focus on alternative energy. Companies like Tesla and Nikola have shed light on that topic for the auto industry. Meanwhile, other companies are pushing for a smaller carbon footprint by utilizing zero emission power options. Sunworks Inc provides photovoltaic based power systems for the agricultural, commercial, industrial and residential markets in California, Oregon, Texas, New Mexico, and Nevada. With earnings season in full effect, could these latest milestones be main drivers being July’s big move and will SUNW stock continue surging?

Penny Stocks To Buy For Under $3: Bellus Health Inc.

Bellus Health Inc. (BLU Stock Report) has been another one of the penny stocks we’ve started following more closely in July. Similar to Celsion, Bellus reported negative results that it did not meet its primary endpoint in its Phase 2 RELIEF trial of BLU-5937. The drug was meant to treat chronic cough. In the trial, the drug was well tolerated, with no serious adverse events reported.

However, it didn’t meet its primary endpoint of reducing placebo-adjusted cough frequency. It’s important especially when we’re looking at biotech companies, to see how management responds after bad results. Is it a total loss and the company abandons the treatment altogether? Or is there hope? That’s what we asked.

Roberto Bellini, President and Chief Executive Officer of BELLUS Health said, “We believe the Phase 2 data support moving BLU-5937 forward into an adaptive Phase 2b trial enriched for higher cough count patients. We expect to begin this trial in the fourth quarter of 2020.”

Though there haven’t been new updates, it is interesting to point out that through its acquisition of BLU-5937 from adMare BioInnovations’ NEOMED Institue, both adMare and Astrazeneca AB hold shares of the company. Specifically, in consideration, Bellus issued an aggregate of 4,770,000 common shares to adMare and AstraZeneca AB This represents a 7.3% stake on a fully diluted equity basis. AstraZeneca assigned the BLU-5937 Assets to adMare in 2012. Can BLU stock make its way back out of penny stock territory? 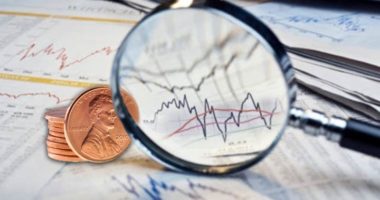 Will These Penny Stocks Make The Cut This Week? 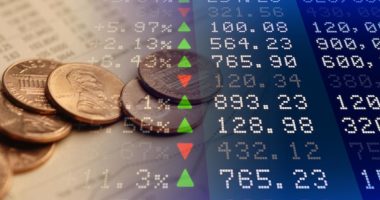 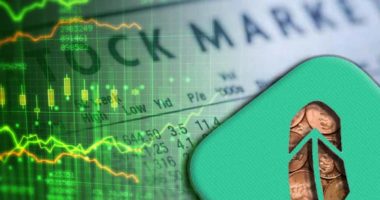 Should You Buy These Penny Stocks On Robinhood? 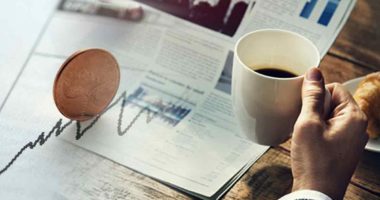 Will these 3 penny stocks be on your Thursday morning watchlist?