Can You Make Money With Penny Stocks? 3 Up Big In June

Are New Highs Coming For These Penny Stocks?

Don’t discount penny stocks because they trade for low prices. The fact of the matter is that shares of these companies can explode 100, 200, 300%, or more within a week or even a single day. Of course, with that explosive momentum can come declines in prices just as quickly. Risk/reward plays a big role here.

Just because these cheap stocks can generate significant returns, doesn’t mean that it doesn’t come without higher risk. We’re talking about thinly traded, highly volatile stocks that can go down just as quickly as they go up.

So if you’re a new trader thinking how easy it is to make money with penny stocks, you’re right, it is easy. But it’s not simple. Consistently finding the best penny stocks to buy isn’t as simple as just looking up companies on Twitter and hitting buy. While that might work a few times, if you want consistent profitability, you’ll want to have some type of strategy in place. Maybe that strategy isn’t how to buy penny stocks but rather when or how to sell.

I think that is one of the biggest hurdles new traders have. They can get into a stock but when it comes time to take profit, emotions might start taking over. What if it keeps going? What if I buy more and average up? Just think if XYZABCD stock goes to $10… These are all typical questions that run through traders’ heads when they’re up on their positions.

Just know, there will always be more penny stocks to buy. There will always be “another breakout” to watch. Furthermore, if a stock that you “love” truly has a strong trend, then you should be able to turn away from it briefly and when you come back to that stock, the trend should remain the same.

The bottom line here is, have a plan in place. Now, what do you think about this list of penny stocks right now? Are they the next round of money makers or will these be on the “penny stocks to avoid” right now?

Electrameccanica Vehicles Corp. Ltd. (SOLO Stock Report) has been one of the top penny stocks to watch in June. Earlier this month we first came across the company as attention focused on electric vehicles. Specifically, Nikola just went public and Tesla reached new milestones.

Meanwhile, Nio Inc. had also made big headlines. So as far as market timing was concerned, attention on SOLO stock seemed to be appropriate. Speculation was an initial driver to the company’s momentum. It was enough that ElectraMeccanic had to put out a statement addressing unconfirmed rumors on social media.

Meanwhile, the company was in the midst of finding a new home for its manufacturing and development. The company announced that it narrowed its list to for its new U.S. home to Arizona, Colorado, Florida, North Carolina, and Tennessee. Following this, ElectraMeccanica announced the accelerated expansion of its retail footprint for its flagship SOLO EV with new locations planned for Arizona and Oregon. It’s also worth mentioning that the company was also able to raise some $20 million to help efforts.

“As we emerge from the pandemic, the public is looking for transportation alternatives that allow for personal independence in a safe, secure and self-contained driving environment—a solution that our flagship SOLO EV fully embodies,” said Paul Rivera , Chief Executive Officer of ElectraMeccanica. SOLO stock reached early highs of $1.94 on Tuesday marking a rally of 74% month-to-date.

I don’t think a list of penny stocks would be complete right now without at least one energy penny stock. Lilis Energy Inc. (LLEX Stock Report) took off on Tuesday to highs of $0.59 right after the open. It also traded more than 90 million shares before the lunch hour. The oil and gas exploration and production company that operates in the Permian’s Delaware Basin.

There hasn’t been any news from the company. But obviously something “must be going on” right? That’s correct and it has mostly to do with what’s going on in the oil and gas industry right now. There’s also some global headlines along with economic headlines that have prompted optimism for energy stocks in particular. First, contradicting Peter Navarro’s previous statements, U.S. President Donald Trump said that the U.S.-China trade deal remained “fully intact”. Some confusion over its fate had emerged following White House adviser Peter Navarro saying the trade deal with China was over.

Furthermore, upbeat economic data also supported upbeat sentiment about stocks. In light of this, we’ve seen a plethora of oil and gas penny stocks moving higher on Tuesday. However, something to keep in mind is that this industry (just like penny stocks) can be extremely volatile. The same positive headlines can shift at a moment’s notice along with the direction of the sector. So if LLEX stock or any energy penny stocks are on your list right now, be aware of that.

Lipocine Inc. (LPCN Stock Report) was another one of the top penny stocks to watch this year. Back in February, we started looking at LPCN stock after the company was working with the FDA on moving forward with a path for reanalysis of certain data. Prior to this, its TLANDO treatment didn’t meet the 3 secondary endpoints.

This is the company’s oral testosterone product candidate for testosterone replacement therapy. While there was an initial spike after that FDA news, LPCN stock had a little more pain to endure. It finally reached 52-week lows of $0.301 in March. But since then shares have been steadily recovering.

Fast-forward to the second quarter and the company has been working on advancing its pipeline further. In May Lipocine received RDA clearance for an investigational new drug application for a Phase 2 study of LPCN 1148. This is a prodrug of bioidentical testosterone to treat liver cirrhosis. Furthermore, the company reported results of a preclinical study of its LPCN 1144 which demonstrated encouraging results according to the company. H.C. Wainright took notice of these milestones and increased its price target on LPCN stock to $3 while maintaining a Buy rating.

However, since late-May there hasn’t been much from the company in the form of news. So where does that turn the focus? If you said filings, then I’m proud of you. If you take a close look you’ll see that there’s been some insider buying going on in June. A number of FORM 4s filed, show that directors were buying stock this month. Across the 4 filings, a total of 88,000 shares were bought at an average price of $0.9629. What comes next for LPCN stock? Leave a comment with your thoughts below. 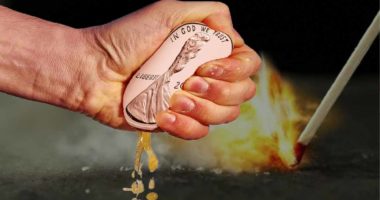 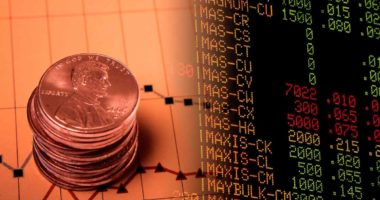 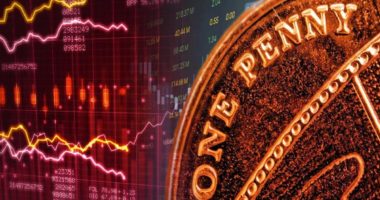 Which penny stocks are on your ‘market crash’ watchlist right now? 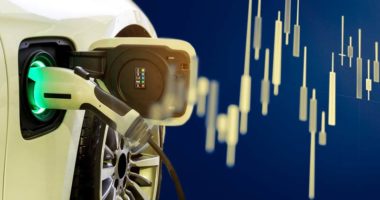