6 Penny Stocks To Trade Or Fade Before February

Are Any of These Penny Stocks On Your Watch List This Week?

In many cases, I’m sure you’ve come across plenty of penny stocks that have moved seemingly out of nowhere. Maybe the company was named in an article along with other big-name companies. On the other hand, maybe it was the focus of a recent trend. We’ve seen this, first hand this month with regard to the coronavirus.

Countless biotech penny stocks have taken off this month thanks to major concern over a possible pandemic. Almost any company that had some sort of vaccine in its pipeline caught onto this trend. Furthermore, the fact that many of these stocks weren’t very active prior to this trend shows how dramatic a shift can happen simply based on speculation. At the end of the day, vaccines, no matter how promising, could take months to receive approval.

Penny Stocks To Trade Or Fade Before Next Month

But this having been said, the market obviously can react emotionally to certain topics. Thanks to things like that, huge windfalls can result. There’s no telling what the next trend will come up but it’s good to understand why certain stocks may move so aggressively. Other things like company news or corporate filings can have a more lasting impact on stocks as well.

When a company releases earnings and guidance, for example, it can give rise to a longer-term move. This could also work against a stock. If negative earnings are reported or if a market leader reports bad earnings, it can send stocks into a tailspin. We saw this during last year’s marijuana stock rout. In any case, it’s important to “be aware of your surroundings.”

It’s never a sustainable strategy to simply buy penny stocks based on price movement alone. Some investors who trade like that are usually scalping prices. They’ll take advantage of small moves, buy with large position size and leverage their capital to make a profit. That’s a very advanced tactic and not one that the average day trader will likely use.

This was one of the penny stocks to watch this month. We started reporting on it on January 24. Since then, shares of miRagen (MGEN – Free Report) have rallied from $0.75 to $1.97 on January 28. MGEN stock may not be a coronavirus stock but it does have some upcoming events to know about. The anticipation leading up to them could be a catalyst on its own as well.

The company is set to give a breakdown of safety and efficacy data from a Phase 1 trial of its cancer treatment, cobomarsen. miRagen presents at the T-Cell Lymphoma Forum at the end of the month. Then, miRagen also will participate in the World Congress of Cutaneous Lymphomas in mid-February. Every so often we like to put out an overview of companies expecting to deliver important data.

We do this specifically for cases like miRagen where speculative trading can result in a big move for stocks before the actual event. In our article over the weekend, “4 Penny Stocks To Watch Expecting Key Data Soon,” we pointed out this base-case for MGEN. So far, it has become a top penny stock to watch at the end of this month.

Another popular penny stock during the month has been IMC International Mining (IMCX – Free Report) (IMIMF). Shares of this junior gold stock have rallied even during times where the gold sector has stumbled. In fact, since the first few weeks of January, IMC has managed to rally as much as 60%. This week we saw the stock trade sideways as the rest of the sector pulled back on Tuesday. Lessening concerns about the coronavirus have investors focusing once again on tech earnings.

When it comes to IMC International, however, there may be more to consider. In comparison to larger miners, junior exploration stage companies can prove to be more volatile. As a result, speculation can play a bigger role in driving momentum. For IMC, the company has focused its initial efforts on a property that has not only shown historic production but also has been outlined as potentially holding “a major gold deposit in the area of the Bullard district.”

Obviously it is early on it the company’s progress in the area. Furthermore, IMC has also disclosed that it looks to investigate additional opportunities worldwide. But, given that it’s 100% owned Bullard Pass property could hold such merit, it may be a reason as to why there is optimism in the market for the company right now.

Next on this list of penny stocks to watch, CytoDyn (CYDY – Free Report) has been no stranger to readers. In fact, since the article, “Penny Stocks To Trade After Breaking News” we’ve discussed this company in greater detail while it has gone on a run of 262%. Tuesday, shares of CYDY stock hit highs of $1.25 during early morning trading.

The company came out with more news on its leronlimab treatment. Obviously the coronavirus has been a hot topic and as such, the company is exploring applications to treat patients with the virus. Nader Pourhassan , Ph.D., president and chief executive officer of CytoDyn , said, “We support efforts to identify new and potential treatments to limit the spread of the 2019-nCoV, which is affecting people on a global scale at an accelerating rate. We look forward to advancing discussions with potential partners to study leronlimab as a treatment option for this deadly virus.”

This news comes after the company appointed a new VP, General Counsel, and Corporate Secretary. In addition, just last week, CytoDyn reported additional results from its clinical trials. This evaluated leronlimab in treating metastatic triple-negative breast cancer as well as metastatic breast cancer. The new data showed favorable results as you’ve probably been able to see on the company’s chart.

Once again we see Agile Therapeutics (AGRX – Free Report) on a list of top penny stocks to watch. It’s been on a roll since late October and just hit fresh 52-week highs on Tuesday of $3.96. Most of the focus for investors has been on the company’s Twirla product. It’s a contraceptive patch designed to be applied once weekly for a total of 3 weeks. it has completed Phase 3 clinical trials and is now on the path of regulatory approval.

A lot of anticipation has built around this potential approval. The company brought on a new VP of Market Access to help oversee the company’s market access strategy in preparation for potential commercialization. February 16 will be a big date to keep in mind. This is the company’s Prescription Drug User Fee Act goal date.

Essentially, Twirla will receive a review on whether it can obtain a New Drug Application for the transdermal system. We’ve reported on this quite frequently since October so if you want to get caught up, check out more articles on Agile Therapeutics on the company’s profile page, here.

This week the company reported another big milestone that sent shares climbing. Vislink reported that it finished its additional delivery of equipment that was part of a $2.8 million U.S. Army contract from last year.

“We are pleased to have completed this next phase of equipment delivery based on our contract with the U.S. Army,” said John Payne, President, and COO of Vislink. “This represented the largest portion of the order, and I am proud of the diligent efforts of our team to make it happen before the end of the year. We expect to fulfill the remaining delivery of equipment by the end of this month, which will finalize our supply obligation under the contract.”

Finally, NantHealth Inc. (NH – Free Report) dramatically extended gains from a multi-month uptrend that began late last year. Shares of NantHealth stock rallied to highs of $2.39 during the first half of Tuesday’s trading session. On Monday, shares managed to reach highs of $2.57 during after-hours trading.

What triggered such a move? The company announced that with NantOmics, it presented an artificial intelligence platform for helping pathologists in manage-based lung cancer subtyping. The machine “vision” can accurately subtype lung cancer pathology.

“Accurately identifying and quantifying tumor-infiltrating white cells is extremely important for prognosis and treatment decisions in this era of personalized medicine, yet it currently requires manual review of whole slide images by medically trained pathologists, and incurs significant delays and cost,” explains Dr. Patrick Soon-Shiong, MD, Chairman, and CEO of NantHealth. Thanks to this news, NantHealth has now posted a move of more than 230% since the start of Q4 2020. 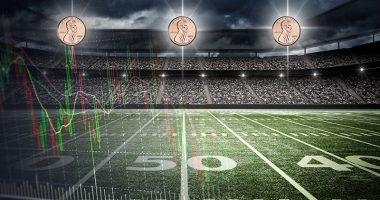 Will These Be On Your Monday Morning Penny Stocks Watch List? This… 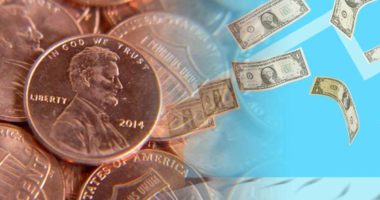 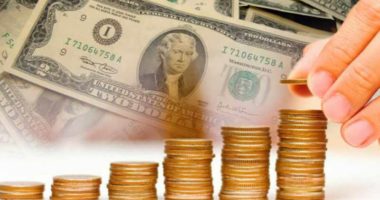 Are These Stocks Under $2 Worth The Risk? 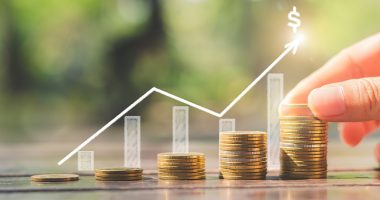 Are These Penny Stocks On Your Watch List This Week? Whether you’re…