Volatility In The Market Is Good For Penny Stocks

If you’re reading this penny stocks article right now, you likely saw the hit that the broader markets took over the weekend. Last week the S&P 500 declined significantly following more bad news from the spread of coronavirus into the US. In addition to that, the U.S. Presidential impeachment trials steamed ahead.

That added yet another layer of uncertainty to things. The point of mentioning this is that all cases have created more volatility in the market. As we’ve seen plenty o times in the past, this volatility has created opportunities to capture significant gains.

Penny stocks, in particular, love market environments like this. It’s no secret that cheap stocks are well-known for volatility of their own. But when the mainstream markets start getting volatile, it tends to push interest to small-cap & micro-cap stocks. So, are penny stocks part of your strategy right now?

Though these aren’t for everyone, if you like risk or have a piece of your portfolio dedicated to high risk, penny stocks may be a good place to focus. As many call it, the “wild west” of the stock market is alive and well. Over the first few weeks of the year, we’ve already seen huge moves made by many of these low priced stocks. But how do you find the best penny stocks to buy?

One of the ways of going about it is by watching the market closely and keeping an eye on the latest movements. Look at different sector moves – both bullish and bearish – to determine what types of stocks you may want to look for or avoid. On that note, here is a look at 5 penny stock that could be tracked at this point. Some of them have already seen epic moves in the market so far this year.

The first company on this list of penny stocks that generated gains last week is Community Health Systems (CYH – Stock Report). Shares rallied by as much as 6% after the company released its earnings for the year. Community Health announced that for the full year in 2019, it generated estimated revenues to the tune of $12.8 billion.

It reflected a year on year rise of as much as $500 million if only the 101 hospitals it owned in the previous year and this year are considered. The debt-ridden company also announced that it is going to raise as much as $1.02 billion through secured notes.

It’s important to note that the company hasn’t set a formal earnings call date for its 2019 results. However, at the J.P. Morgan Healthcare conference CEO Wayne Smith said that its consolidation efforts have started to pay off. “The most significant thing, I think, that’s happened to us as we’ve worked on this over the last few years, is now we are not a non-urban or rural company anymore,” Smith said. Since January 10, CYH stock has climbed by more than 89% after hitting highs of $4.59 this week.

Casa Systems (CASA – Stock Report) saw a big week last week that came to a close after one of the biggest trading days in company history. This past Friday, the company raised its projections for the revenues for the full year 2019. Earlier, Casa had projected that its revenues were going to be in the $255 million to $270 million range. However, on Friday, the company raised it to $275 million to $280 million.

The company will discuss more on this during the last half of February. On the 20th, the company will go over its Q4 and full-year 2019 financial results. The company is involved in one of the hotbeds of tech right now. Casa delivers broadband service tech to give access to wireless, cable, and fixed network providers.

The company serves more than 475 regional service providers across the world with commercial deployment in over 70 countries. Thanks to this positive update, CASA stock jumped to highs of $4.84 last Friday, which carried through into the new week with highs of $4.85 before the opening bell on January 27.

Another one of the penny stocks that could be considered by investors at this point is that of Agile Therapeutics (AGRX – Stock Report). The stock has performed remarkably well in recent times, and over the past three months, AGRX stock has rallied by as much as 923%. Recently, the stock surged by 8.77% and managed to hit its 52-week high of $3.58.

Back in October, the company’s product Twirla got the backing of the advisory committee of the United States Food and Drug Administration. This saw shares move from $0.35 to $2.97 within a matter of 6 trading sessions. After pulling back in mid-November, shares have been back in an uptrend ever since.

Earlier on in January, Agile hired Kimberley Whelan as its vice president for market access. It also appointed Charles Grass as one of its directors. Besides this, the buzz has started to build about the company’s potential Twirla FDA approval. In November, the company reported that it extended its Prescription Drug User Fee Act goal date to February 16. This PDUFA goal date is for the review of a New Drug Application of the Twirla transdermal system.

Next, Cleveland BioLabs (CBLI – Stock Report) gained big attention on Monday amid the coronavirus epidemic. It’s no secret now that this has become a pandemic after patients are being treated for the disease in the United States. Shares began to climb late last week on speculation that vaccine stocks were next in line to benefit by providing possible treatment options.

The Buffalo, New York-based biotech firm develops platforms to treat immune disorders. Its most advanced product candidate, entolimod, targets medical radiation and builds countermeasures to prevent death from acute radiation syndrome. However, it does have a drug in its pipeline that is designed to treat addiction, infection and cancer. This may be why CBLI has been found in the basket of coronavirus stocks to watch this month. In fact, since the start of the year, this penny stock has jumped by 690% after hitting highs this week of $4.90.

Late last week a 13G filing showed James Harpel grew his stake in the company. His ownership amount surpassed 6% according to the filing. Harpel is listed as a senior manager at Palm Beach Capital. The fund has invested in more than 40 companies since its founding in 2001 and invests in a wide range of industries.

Finally, BioCryst Pharmaceuticals (BCRX – Stock Report) is no stranger to our readers. This has been one of the top penny stocks to watch since November. Since that time, shares of BCRX have climbed as much as 159%. Though there has been a bit of consolidation since those $3.58 highs at the beginning of the year, shares have begun to climb once again.

On January 27, BioCryst stock jumped to highs of $3.40 during premarket trading. Similar to CBLI, BCRX has benefited from the surge in interest in coronavirus stocks. On its website, the company lists “Galidesivir” as one of its programs. This is an antiviral platform to treat “viruses that pose a threat to health and national security.”

The company is developing galidesivir with U.S. Government Agencies. The company has already worked with the National Institute of Allergy and Infectious Diseases to treat Marburg virus and for “filoviruses” like Ebola. 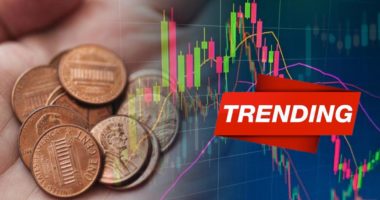 Are these trending penny stocks worth buying in 2021? 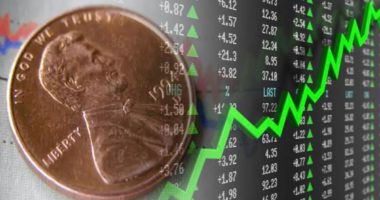 Here’s three penny stocks for your end of November watchlist 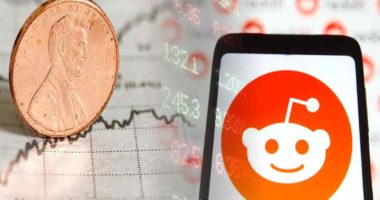 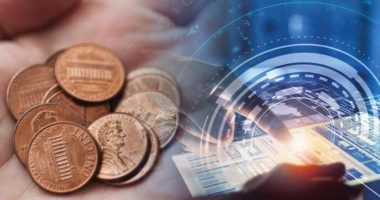 Best tech penny stocks to watch in Summer? Check these 3 out