When you talk about penny stocks, you can’t ignore talking about brokers. I think too often, financial journalists discuss the pros and cons of a stock more than the pros and cons of actually trading said stocks. There are a lot of things to consider as a trader; especially if you’re brand new to investing in general.

Before Robinhood changed the landscape, we had brokers charging massive fees at times. Other online, self-directed brokers like TD Ameritrade or ETrade would hit you with a fee on both buy orders and sell orders.

The typical fee would be somewhere around $6 on average. So, if you’re just getting your feet wet, it isn’t unusual to me that someone might start off with $100 in an account. What that means is that no matter how much you make on that $100 trade, you’re giving up 12% of that to pay for that trade. That’s not even taking into account the taxes on either short term or long term capital gains. So with this in mind, I revert back to Robinhood.

Now, I’m in no way endorsing the platform but simply bringing light to the fact that it has changed the world of penny stocks, for one. Now we see the same brokers charging low or no fees for trading anything from small-cap stocks to options. And certainly, when it comes to penny stocks on Robinhood, the younger generation has taken a liking to the ease of use via mobile application.

Is Robinhood A Good Broker For Penny Stocks?

Robinhood penny stocks are a bit limited. You can’t trade OTC stocks and there are a few NASDAQ names that are restricted from trading as well. But in general, you’ve got your fair share of names to choose from as far as stocks that trade under $5. There are even plenty of penny stocks trading below $1 a share. But whether or not Robinhood is a good broker for penny stocks is based on your own experience.

Sometimes the application is slow to execute trades. In highly volatile environments, this can limit your ability to gain optimal pricing. Furthermore, the app lacks in technical tools where TD Ameritrade and E*Trade Mobile platforms are well-equipped.

Needless to say, the app has attracted thousands of investors so you can’t ignore the fact that those who trade penny stocks on Robinhood are always on the hunt for the next big small-cap or micro-cap stock. With that, let’s take a look at a few which have begun trending

First, on this list of penny stocks on Robinhood, Diffusion Pharmaceuticals (DFFN – Free Report) has found itself excelling after a lackluster 2019. There were brief stints of optimism during the earlier half of the year where shares even topped out at $11 in March. However, a string of bad press and missed opportunities had the bears in control right up until DFFN stock hit 52-week lows of $0.211.

Since then, Diffusion Pharma’s stock has been on the climb and over 2,800 portfolios on Robinhood hold shares as of this article. January has already seen the penny stock reach highs of nearly $0.55. This all came after the company made a key update. It seems that the latest board appointment of Dr. Robert Cobuzzi, Jr. has attention back on the biotech stock.

Of note, throughout his career, Cobuzzi has led numerous teams to execute more than $6 billion in acquisitions, licenses, and collaborations. We’ll see if this helps turn things around in 2020.

This company has been discussed on PennyStocks.com since early November. Shares traded around $0.40 at the time. Since then, we’ve watched as iFresh Inc. (IFMK – Free Report) managed to climb to highs of $0.77 this week. What was being this methodic move in the price?

It may be tough to pinpoint based on the news alone. There hasn’t been much by way positive updates from the company. It was given notice of non-compliance by NASDAQ due to a price of under $1. Next the company’s CFO resigned this month. So why are shares moving up and why did IFMK stock shoot higher during power hour on January 13th? Well, you need to look deeper, into the filings, to see the hidden gems.

The company filed an 8-K indicating a material event for iFresh. In that filing, it showed that the company’s CEO converted $3.5 million in debt owed to him in exchange for 1,000 preferred shares of the company. Now, whether this helps things in the future is yet to be seen. But it does appear that the market has taken favorably to this latest development.

Having less than 500 portfolios holding this stock, Town Sports International (CLUB – Free Report) may not be one of the most popular penny stocks on Robinhood, but it hasn’t been one that traders have ignored either. As you’ll see on the chart, CLUB stock has skyrocketed since early November. After falling from highs back then of $2.46, the penny stock reached a low of $1.40. But as you’ll also see, since then, the stock has been a big mover. This month, shares reached highs of $3.

What has helped boost shares of Town Sports? Initially, the company made a new board appointment, Helen Van Ness, who also serves as interim CFO. Furthermore, rumors were flying in early December regarding a potential acquisition of a company. As we’ve come to learn, rumors are just rumors until they’re not. Plenty of previous instances of false rumors can be traced back to penny stocks that completely break down. In this case, the rumors ended up being true.

This month the company reported that it officially acquired Flywheel Sports Inc.’s studio business. Furthermore, the Town Sports announced that it secured $50 million in a lien loan to refinance the company. You can find more details and specifics of the financing on our site via the company’s SEC Filings page, here.

In contrast to Town, Akorn, Inc. (AKRX – Free Report) has just under 4,000 portfolios holding this Robinhood penny stock. It’s clear that shares of AKRX stock haven’t faired the best over the last few months. However, that may have changed this week.

Besides that, there hasn’t been much news from the company besides the fact it was exploring bankruptcy in December. The big question mark here is can Akorn continue this week’s trend or was this just a head-fake during a longer-term bear trend?

Last, on this list of penny stocks on Robinhood, RTI Surgical Holdings Inc. (RTIX – Free Report) was one of the biggest gainers of the week. The funny thing is, the big gains didn’t come until after the closing bell on January 13. In addition, just looking at the chart below doesn’t actually explain how big this news was. Shares reached highs of $6.37 after the market closed.

So what happened? RTI Surgical announced the sale of its OEM business to Montagu Private Equity LLP for $490 million. The close of the deal is slated for the first half of this year. The cash portion is only $480 million with the remaining being put in the “other consideration” category of the transaction.

“Following the transaction, we believe RTI will be a global pure-play spine company with tremendous fundamentals and exciting long-term growth prospects. We estimate the spine business will have generated global revenues in the range of $118 million to $119 million with gross margins of approximately 75% in 2019. Immediately, post-transaction, the continuing business is expected to be debt-free and have approximately $175 million to $200 million of cash on the balance sheet to support its growth, which will be further driven by our Novel Therapies and an expected minimum of 10 new product introductions during each of the next two years.”

The additional upbeat revenue guidance also helped boost sentiment in the market. It will be interesting to see where RTIX stock opens in less than 24 hours. Regardless, the news helped spike a rally of 130%. 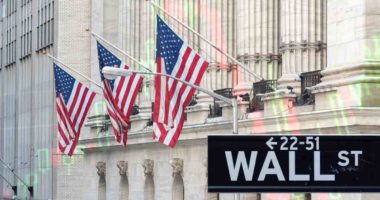 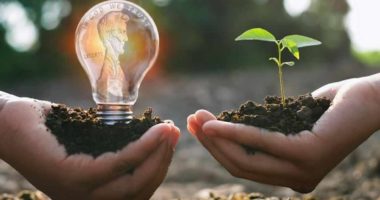 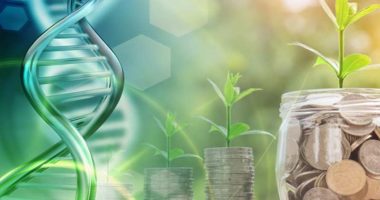 Penny Stocks To Watch If You Like Biotechnology Right Now 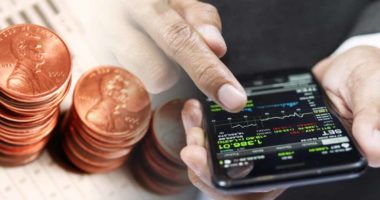 How to make money with penny stocks in 2023