The latest news out of the middle east, specifically Iran & Iraq has investors paying close attention. Late Tuesday 1/7/2020 night, Iran attacked an Iraqi base that was said to have housed US forces. Despite this, investors aren’t taking any chances. This act of war triggered a huge sell-off within the stock market overall but sent gold stocks soaring to new seven (7) year highs!

Naturally, gold stock investors looking for a big win turned their attention to penny stocks. Though these are much higher risk, they’ve also shown the potential to spike quickly, especially in situations of uncertainty.

What are the Best Penny Stocks to Watch Right Now?

This top penny stocks to watch released big news on Tuesday, 1/7/2020. Yamana Gold (AUY Stock Report) soared to highs of $4.15 during post-market trading on Tuesday. As one of the most active gold stocks to watch in 2019, (NYSE: AUY) has continued to rise in price. One of the biggest developments for this gold stock within the last quarter of 2019 was its dividend increase for shareholders.

It will be interesting to see how Yamana fairs with its new mineralized zone in Argentina. The company announced in November that it discovered a new zone in its Cerro Moro mine. The exploration program has been extended to the entire mine concession. This covers the entire property. Analysts from Raymond James remain bullish on Yamana Gold (AUY Stock Report) thanks to developments like this. The firm holds a $4.50 price target with a Market Perform rating.

We have previously mentioned Yamana Gold on 1/7/2020 in an article titled “Best Penny Stocks To Trade On Wednesday? 1 Up 550% Since December”

Comstock Mining (LODE Stock Report), has steadily risen since late November 2019. This mining stock traded around $0.31 at the time and has since moved up to highs of $1.13 during premarket trading on Wednesday 1/8/2020. The Nevada-based company focuses on gold and silver mining in the state’s Comstock District.

Wednesday morning 1/8/2020 Comstock Mining (LODE Stock Report), provided a strategic update to investors that triggered a jump in the mining stock. Comstock reported on the company’s realignment and transformation to focus on “high-value” activities. The company’s CEO discussed the progress that the company has realized on a number of fronts. This includes completing the sale of 50% membership interest in its Comstock Mining LLC to Tonogold (TNGL Stock Report). Comstock also launched Sierra Springs Opportunity Fund and closed on its first acquisitions: Silver Spring Regional Airport and Sierra Clean Processing LLC.

We also regained full compliance with our NYSE listing and further escrowed deposits on our non-mining asset sales in Silver Springs. The platform is now repositioned for tremendous growth and we are starting to close and realize the value of this progress.”

On this List of Gold Stocks IMC International Mining Inc. (IMCX Stock Report) is one of the newer gold companies & has focused its efforts in North America. IMC International (CSE: IMCX)’s Bullard Pass property has shown conditions supporting gold discovery. From access to the property to its previous history, Bullard Pass has been a target of several larger gold mining companies. Right now IMC has staked 22 claims on the property and has staked additional claims to increase it to 171 claims.

According to (IMCX Stock Report), historic district production totals were 614,000 pounds of copper, 3,600 ounces of gold, and 15,000 ounces of silver from 17,000 tons mined that occurred between 1933 and 1956. What’s more, is that previous exploration from 2007-2008 showed that survey data were positive demonstrating samples collected within the patented claims had soil indicating mineralization exists.

The importance of Bullard comes from a geological study done on the property. Titled Mineral Deposits of the Bullard District, Harcuvar Mountains, Yavapai County, Arizona. The mining report states that “the mineralogic and structural similarities of the Bullard and Copperstone districts suggest that potential exists for a major gold deposit in the area of the Bullard district.”

Next, B2Gold Corp (BTG) spiked in after-hours trading on Tuesday. Shares of the gold stock jumped to highs of $4.39, setting new highs for the year. The company is coming off of one of its best years yet. At the start of 2019, BTG stock traded around $2.92 and has promptly rallied above $4 this month.

In its most recent update, the company reported positive year-end drill results for its Fekola property and Anaconda area. Initial positive drilling results from several zones indicate the potential for additional gold deposits near the open-pit at Fekola. Furthermore, as far as its Anaconda area is concerned, new drill results show potential for additional high-grade intercepts on the property.

Thanks to continued execution, B2Gold has analysts bullish on the gold stock. Most recently, TD Securities and National Bank increased price targets. TD raised its target from C$7.00 to C$7.00 while National Bank put a new target of C$8 on B2Gold. That’s up 6% from its previous target of C$7.50. Others like Raymond James hold a price target of C$6.25 and rate BTG stock at “Outperform.”

One of the best performing gold stocks over the last 3 quarters was Hecla Mining (HL Stock Report). That hasn’t changed this year either. Since late May of 2019, shares of (HL) stock managed to move up nearly 200 % from $1.21 to highs of $3.62 during after-hours trading on Tuesday. This gold stock follows the price of the precious metal very closely and for good reason. Hecla focuses specifically on mining and production of precious metals like gold and silver.

2019 marked a year of higher metal production and in the second half of the year, strong cash flow generation and an improved balance sheet. While gold & silver prices have increased, Greens Creek’s record silver production combined with the most gold production in Hecla’s history were the primary reasons for the cash flow strength.

Best Penny Stocks To Watch For Coronavirus? The markets have been in… 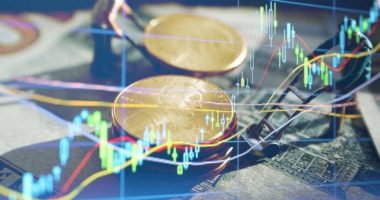 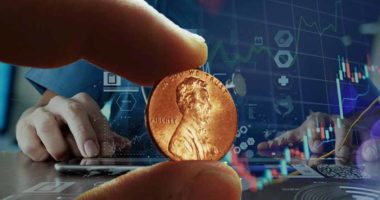 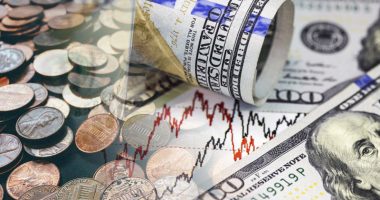