3 Penny Stocks to Watch As October Comes to an End

Right now, there is a sizable amount of bullish sentiment with both penny stocks and blue chips. In addition, we’ve also witnessed the rise of several cryptocurrencies such as DogeCoin, Shib Coin, and Bitcoin. And as a result, investors continue to show hope for the future of the market. In the past six months, things have not been as positive.

With Covid cases rising during that time, uncertainty was extremely high. However, now that cases are declining, the fears have shifted toward inflation, high oil and gas prices, and what the future will look like. In addition, because case numbers continue to fall, investors are showing more comfortability with investing. So, if you’re investing in penny stocks, there are a few things to keep in mind.

For one, traders need to have a thorough understanding of what factors are impacting penny stocks. This includes reading the news, thinking ahead, and having a solid trading strategy. All of this will help to give you the best chance of making money with penny stocks. Considering that, let’s take a look at three hot penny stocks to add to your watchlist right now.

3 Hot Penny Stocks to Add to Your Watchlist

Farmmi Inc. is a penny stock that has continued to be trending over the past few weeks. Over the last five days, shares of FAMI stock have shot up by a sizable 22% which is no small feat. If you’re unfamiliar, this company offers agricultural products such as mushrooms to different markets all around the world. Primarily, Farmmi offers edible fungi products that are sold in China, the U.S., Japan, Europe, Canada, Korea, and the Middle East. The company has additional deals to export its mushrooms and dried black fungus to Israel.

On October 26th, Farmmi shared that its subsidiary Zhejiang Farmmi Food Co. Ltd. displayed its product line and cultivated sales at a significant recent conference. This was a conference sponsored by the Circulation Industry Promotion Center of the Ministry of Commerce. Farmmi was invited because of its major position in agricultural product production, promotion, and sale.

Since this new update was released, FAMI stock has gone up significantly in price. The volume of FAMI stock is also more than double its average in the market.

“We are proud to have been featured at this major event given our market position and strong support for both economic development in Lishui and growth of the broader agriculture sector. The conference served as an excellent platform for us to engage with customers and supply chain partners as we continue to cultivate sales opportunities.”

Noting this newly released information and its recent uptick, will FAMI stock make your watchlist?

Camber Energy Inc. is an oil and gas company based in Texas. It is also one of the most trending penny stocks that we have seen in the past two weeks or so. From August 31st until now, shares of CEI stock have shot up by over 160%. And despite a recent correction, some investors are still showing bullish interest in the company.

Specifically, Camber Energy offers crude oil, natural gas, and natural gas liquids. Camber is involved in the acquisition, development, and sale of these assets. As of March 31st, 2020, the company had total estimated proved reserves of 133,442 million barrels of oil equivalent. Most if not all of this is from the Cline shale and upper Wolfberry shale in Glasscock County, Texas.

In August, the company obtained an exclusive intellectual property license for a patented carbon capture system. The ESG Clean Energy System generates clean power from internal combustion engines and uses waste heat to absorb the majority, if not all, of the CO2 emissions without sacrificing efficiency. Viking Energy Group Inc., through its subsidiary, entered into this license arrangement with ESG Clean Energy LLC.

“In my view, this transaction positions us as an industry leader in terms of being able to assist with the power generation needs of commercial and industrial organizations while at the same time helping them reduce their carbon footprint to satisfy regulatory requirements or to simply follow best ESG-practices.”

James Doris, the President and CEO of Camber

It will be interesting to see how this system helps Camber’s business moving forward. For now, will CEI be on your penny stock watchlist in November?

Denison Mines Corp. is as its name suggests, a mining penny stock. The company has seen sizable interest in the past few months with an over 65% gain over the last six. In the YTD and one-year periods, shares of DNN stock have shot up a staggering 164% and 450% respectively. For some added context, Denison engages in the exploration and development of uranium properties such as its 95% interest-owned Wheeler River uranium project located in the Athabasca Basin region in northern Saskatchewan in Canada.

On October 28th, the company announced the completion of a highly successful Phoenix ISR field test program. The company achieved the commercial-scale production flow rate that it assumed in its Pre-Feasibility Study prepared for this project back in 2018. It also showed hydraulic control of injected solution during an ion tracer test.

“While our previous test work has provided considerable support for the use of ISR at Phoenix, the achievement of the targeted flowrate from the PFS in a commercial-scale well pattern located within Phase 1 of Phoenix, and the tangible demonstration of our ability to control fluid flows during the tracer test, together mark another highly significant de-risking milestone for the Project.”

The President and CEO of Denison, David Cates

If we consider the sizable bullish sentiment surrounding the uranium industry right now, we see why shares of DNN stock have been pushing up in several recent trading sessions. As a result, does DNN deserve a spot on your list of penny stocks to buy?

Will Penny Stocks be Profitable in November?

the short answer to this question is that nobody knows with certainty how penny stocks will perform next month. But, we are seeing a large amount of bullish sentiment with both penny stocks and blue chips right now.

As a result, many investors are hopeful that November could be a month of positivity in the stock market. Considering all of this, do you think that penny stocks will be profitable in November? 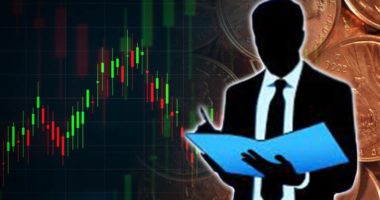 Analysts Have Buy Ratings On These 3 Penny Stocks 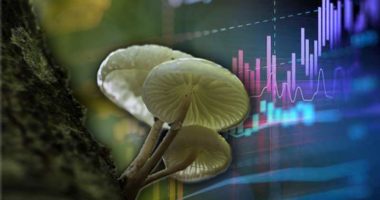 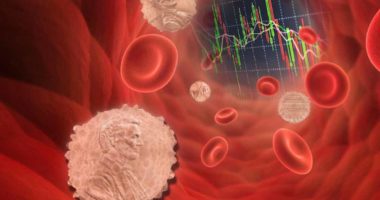 Penny Stocks to Watch After Emergency Authorization of Convalescent Plasma 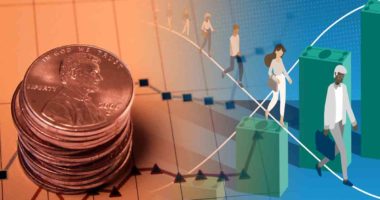 Are these penny stocks worth buying as the unemployment rate drops?