If you’re looking for the best penny stocks to buy or even top stocks to watch, it’s important to pay close attention to trends. It’s easy to put a list of “trending” names together; we see it every day. But what tends to set apart traders who find early opportunities and ones that follow the crowd is the ability to identify an underlying catalyst.

Believe it or not, with millions of new traders now involved in the stock market today, sympathy sentiment has become a huge driver for the market. If you’re new to trading, in general, when I say “sympathy,” I mean that certain stocks will move because they’ve got a similar business model, similar share structure, similar “anything,” really. The fact of the matter is that when it comes to retail traders (it may be different for investors), “market themes” have become a favorite. Let me explain

Why Do Traders Look Look For Penny Stocks Moving In “Sympathy”?

I’ll give a few recent examples. First, I’ll tell you about one of the biggest sympathy trends: vaccine stocks. Early last year and still today, we saw many companies with even the slightest relation to lung treatment or having a vaccine pipeline gaining ground. Many of these companies had very little going on at the time. Some hadn’t released positive news in months, sometimes years.

But, since they had some exposure to popular companies that actually had fundamental catalysts, traders played the sympathy trend. This is where we see penny stocks under $1, and even some under 10 cents end up running thousands of percentage points. Fast-forward to right now, and countless stocks have come back down in a big way. But for those who found sympathy momentum and used it to their advantage, it was an early win in 2020.

If you recall, back when Tesla did its Battery Day event, the market paid close attention to what CEO Elon Musk had to say. It wasn’t just a state of Tesla, but more of a state of the electric vehicle industry as a whole. He highlighted the potential need for more raw materials as production ramped up. With this, you’ll see that many of the electric vehicle penny stocks & even higher-priced stocks ended up rallying for a few weeks. The excitement died down a bit until we saw Joe Biden elected as the United States president.

This was where you see all sorts of green energy, alternative energy, EVs, and climate-related stocks begin to rally. Similar to the “virus trend,” many companies had little to no progress happening or at least announced. Yet traders still flocked to obscure names with popular keywords folded into these companies’ “About” sections.

Above I outlines a few of the bigger examples that we’ve seen over the last year. More recently, however, there’s another type of “sympathy” that involves technical aspects of the market. The Reddit penny stocks that’ve become infamous at this point kicked off the retail revolution in the stock market. GameStop (NYSE: GME) lead the charge, which triggered a flight to stocks with high short interest. It was at this point we saw traders paying attention to more than just industry or sector trends. Now the technical trade was in play.

When it comes to these sympathy trends, something to keep in mind is that there’s more risk involved than just general market risk. Since many companies tend to move “because of” another company’s developments, you’ve got to consider what happens next once the hype dies down.

As we saw, many of the Reddit penny stocks crumbled shortly after the big move. We also saw plenty of coronavirus and green energy penny stocks plummet since there wasn’t anything fundamentally different to suggest more potential in the stock. Just remember that nobody goes broke taking a profit. So if you find yourself putting a list of penny stocks together because of sympathy momentum, keep the risk side of the equation in mind.

This leads me to the latest trend that we’re seeing on a smaller scale. I say this because the number of penny stocks with direct or even partial exposure to Esports is less than the number of companies involved with vaccines or even green energy. Nevertheless, the trend has emerged and there are some names grabbing attention. Will they be the best penny stocks to buy right now or will this trend begin fading?

Liquid Media Group has been relatively quiet this year. However, early in 2021, the company began making adjustments to its management. A New CEO, Ronald Thomson, was appointed in January tasked with building upon Liquid’s entertainment business. Also, for those of you Mighty Ducks fans, the company’s Chairman is actor/producer Joshua Jackson (Charlie Conway).

In any event, Liquid made headlines this week with one of the most recognizable names in gaming and entertainment, Atari. The company’s SlipStream video-on-demand platform will be made available for download on Atari’s VCS PC/console hybrid. This is a modern gaming and video computer system, which blends consoles and PCs, delivering interactive entertainment.

So, while Liquid isn’t necessarily getting into esports or gaming directly, it does place them in front of an audience likely to be interested. Coincidentally enough, the VCS system is available for preorder on the Atari site and at GameStop.com.

Allied, on the other hand, is more immersed in the esports space. In fact, the company had recently renewed its flagship property, the HyperX Esports Arena Las Vegas. I will say that AESE could be a beneficiary of sympathy momentum right now, and I’ll explain why. The company sold off one of its larger assets, the WPT poker brand. Its reasoning was to focus on strategic alternatives.

When I hear “strategic alternatives,” I think of companies looking to pivot. Allied has already tapped a strategic advisor, Lake Street Capital Markets, to help with this plan. The company even said that it would entertain a potential sale of its esports business. Ultimately, it looks like Allied’s goal is to become an entertainment holding company. No new updates have come out since then.

But we can see a clear example of sympathy sentiment driving momentum starting last week. Citron Research reported that GameStop should explore a purchase of Esports Entertainment Group (NASDAQ: GMBL) to pivot its business. This news acted as the catalyst and saw retail traders searching for companies with a similar business.

Monaker is a bit more obscure of an esports company. Rather, it could fall under the “entertainment” umbrella after the last few announcements it has made. Initially focused on the leisure space, some could’ve qualified this as a travel stock.

However, news from January puts this company right in the model of gaming. Monaker entered into an agreement that is subject to shareholder approval wherein it would acquire HotPlay Enterprise. HotPlay is an in-game advertising company.

The plan with this acquisition is to bring in the AdTech company and simultaneously “transform” into NextPlay Technologies, which will focus on products for video gaming and travel verticals. There could also be a tie-in for blockchain solutions, according to the company. While the market awaits the outcome of the shareholder vote, MKGI stock has seen some momentum building as it relates to a jump in entertainment and esports penny stocks.

[Read More] Uranium Penny Stocks, Should They Be On Your Watch List In 2021?

Blue had has been closing deals and gathering IP for use in things like social media. Everything from licensing brands to acquiring companies has boosted interest in the company. Its most recently closed purchase was that of a Chinese mobile game developer and distributor, Csfctech Co., Ltd.

“Over a longer period, this combination presents an incredible opportunity for Blue Hat to drive sales through an expanded interactive gaming portfolio, increased avenues for global distribution and increased brand recognition.” 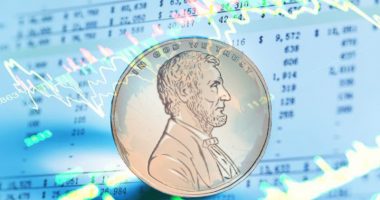 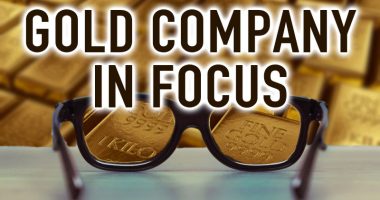 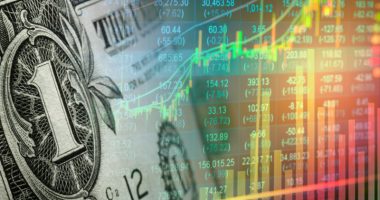 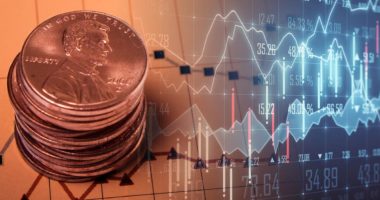