As February gets rolling, there is a variety of potentially winning penny stocks to choose from. In past months, several events have led to different industries becoming more popular than before. This includes entertainment, technology, and even certain types of energy industry players. When searching for the best penny stocks to buy, you need to consider current events and how they may affect the market. For this reason, let’s take a look at some factors that could shift the trajectory of certain industries moving forward.

First, let’s take the recent fiasco that occurred with Gamestop Corp. (NYSE: GME), AMC Entertainment Holdings Inc. (NYSE: AMC), and other “short-squeeze stocks.” While this event was important at the moment, it also could have long term implications. As of February 2021, it looks like retail traders have gained newfound respect in the stock market. Also, these traders tend to be more speculative and sentimental than basing investment ideas solely on fundamentals. As we move forward, this speculation could continue to increase amongst both blue chip and penny stocks.

Next, let’s take into account the proposed stimulus package. While this should boost the economy in the short term, investors should consider the long term inflationary effects that may result. Finally, the pandemic continues to be a focus as well. With these three factors considered, the hopes are that the bulls are here to stay for the foreseeable future. For some watchlist inspiration, here are five penny stocks that have gained momentum this month.

Cinedigm Corp. is a penny stock that we’ve discussed for several months at this point. With a 23% gain on February 3rd, CIDM stock is once again on our radar. The company is in the entertainment industry. Specifically, it offers premium content & streaming solutions for its customers. Last week, traders were heavily focused on entertainment stocks for both the purpose of nostalgia and the potential of them being undervalued (IE. AMC). While Covid has meant zero attendance at movie theaters, streaming has recently been the “hot ticket.”

While the rally behind AMC can explain the recent bullish momentum with CIDM, the company also announced on February 3rd, potentially leading to this latest spike. During pre-market, Cinedigm announced a $7 million registered direct offering. With this, the company should have access to some much-needed funding for the near-term.

Obviously, investors should consider the potential effects of share dilution that often come with offerings. But, considering how the market has reacted so far, CIDM seems to be in the limelight for now.

Tech, in our case, isn’t just limited to “IT”; we’re also considering “Bio” tech. One of the more interesting penny stocks right now is Infinity Pharmaceuticals Inc. The company produces a large range of compounds for use in the treatment of cancer. In its pipeline are drugs such as IPI-5549, which is an orally administered candidate currently in a Phase 1/1b trial to treat cancer. Additionally, Infinity is working with several other companies such as Verastem Inc. (NASDAQ: VSTM) for the commercialization of other novel substances.

A few weeks ago, the company announced an update regarding the Phase II study of adding eganelisib to nivolumab in those with urothelial cancer. Adelene Perkins, CEO of Infinity states that “the Mario-275 study provided Infinity with important insights to shape the future of eganelisib in urothelial cancer. The date from the 49 patients enrolled in the study are very encouraging. We look forward to presenting our data from Mario-275, which support our clinical strategy, at a major medical meeting in Q1 2021, which details for our new, planned trial to follow.”

In a later announcement, the company stated that it would be presenting the data at the American Society of Clinical Oncology (ASCO) on February 11th. With these recent developments, it’s also worth mentioning another interesting bit of information. The company’s co-founder, Dr. Eric Lander, was appointed as Presidential Science Advisor & Director of the Office of Science and Technology Policy for the Biden Administration.

Another decent gainer of the day on February 3rd was Boxlight Corp. During trading, shares of BOXL stock shot up as much as 14%, ending the day at $2.50 per share. The is a tech business with a heavy focus on the education industry. This includes a large range of products such as flat panel displays, touch projectors, document cameras, and more. With the pandemic in full swing, education from home has become the norm. This means that the need for digital learning tools is higher than ever before. With this, Boxlight Corp. has seen vastly heightened popularity in the past year or so. One thing to keep in mind is that BOXL stock is quite volatile.

Obviously, Boxlight Corp. has a lot to benefit from if the pandemic continues to lead to more online education. The company depends highly on large contracts made with school boards around the country. Over the past few months, it has illustrated a propensity for seeking out and solidifying these contracts. Currently, it is in a pilot program for its Clevertouch product, in a Kentucky School District.

It also announced last month that it integrated its MyStemKits curriculum for elementary students in Merritt Island Florida. The curriculum is a collection of lessons and activities designed for use with things like 3D Printers and other MimioSTEM Solutions offered by the company. Whether or not future events lead to a bullish interest in BOXL stock remains to be seen BOXL could be a penny stock to watch.

We introduced Borqs last year as a tech company focused on advancing its digital tracking technology. However, as things have progressed, it appears that BRQS has become one of the 5G penny stocks to watch lately.

In fact, the company has been signing numerous deals over the last few months. This included a deal for cooperation with the Huzhou South Taihu New Area for a 5G Industrial Park Project. Furthermore, Borqs and SkyCentrics previously announced plans for a JV to manufacture and deliver CTA-2045 technology-based products. These are for utility-scale automated smart controls.

While there haven’t been any recent headlines, BRQS stock has continued trending. One of the things we see is that telecommunications stocks are catching some attention. Nokia (NYSE: NOK), for example was one of the stocks wrapped up in the r/WallStreetBets short-squeeze conversation. This may have given some exposure to 5G stocks in general. Regardless of the fact, BRQS stock has pushed higher this month.

This year has been strong for many penny stocks. Obviously, “bio” technology has been a core focus. Auris Medical is one that has benefited during the last few months from heightened interest surrounding its AM-301 treatment. This is Auris’ candidate for protecting against the Sars-CoV-2 infection.

In December, data released showed up to a 99.4% reduction of viral titer in human epithelial cell culture. Auris said that it looks to advance the program toward submission of regulatory applications this year.

The company also began a clinical investigation of the treatment in allergic rhinitis patients. This is something that we’ve seen a lot of over the last year. Companies will see multi-purpose opportunities in their pipeline treatments. In this case, Auris’ AM-301 was designed as a combatant against airborne viruses and allergens.

According to the company, after application into the nose, it creates a protective layer on the nasal mucosa. So, you could see how it may protect against any airborne viruses close to someone. Needless to say, with multiple applications, the AM-301 development could be something to follow.

When you think about penny stocks, you might think of worthless, small companies. But as many of you have already come to know, these “cheap stocks” are more than just that. While not all penny stocks go on to become market leaders, many do go on to become competitive companies. Obviously, time will tell, but it’s important to do your research and monitor trends. Volatility will likely play a role, so make sure that if you’re new to the markets, learn how to day trade first, above all. 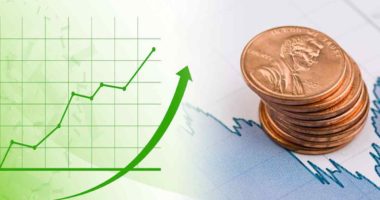 Are these volatile penny stocks worth watching after big gains today? 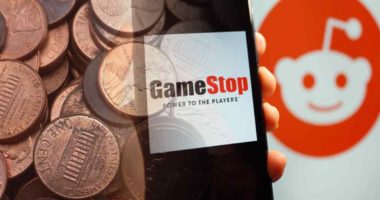 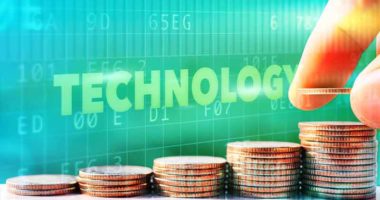 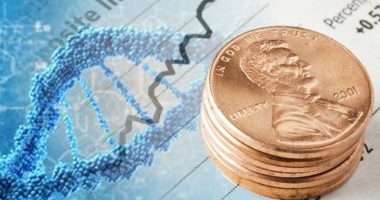