Top Penny Stocks To Buy According To These 3 Analysts

While Covid has helped bring a new focus to biotech penny stocks, there are more reasons why interest in this industry is growing. If we set aside biotech companies working on a vaccine-related treatment, there are plenty that are seeing heightened popularity. There are a variety of reasons why this is the case. In the past six months, investors have been searching for potential high growth companies. Because biotech penny stocks can be quite volatile, the odds of growth can be high. Also, the odds of big losses can be high.

The past two weeks of trading have shown that speculation is reigning supreme right now. If you’ve ever invested in a biotech company, you know that press releases come out very often. When these releases come out (good or bad), oftentimes share prices can see sharp changes. This may be a benefit to both day traders and those looking to hold in the longer term assuming the news is good. On the flip side, a negative report can send prices plummeting.

Right now, investors should also separate biotech companies into ones that are working on vaccine treatments and ones that are not. While there’s plenty of speculation in all biotech stocks, the ones developing a Covid vaccine have tended to be more sensitive to headlines. So keep this in mind when you’re putting your watch list together. With all of this in mind, let’s take a look at 3 biotech penny stocks to watch on February 3rd.  Several analysts have given them buy ratings. Do you agree?

Biotech Penny Stocks to Buy [according to analysts]

Up around 4% by midday is the biotech company Synthetic Biologics Inc. We’ve been covering SYN stock for quite some time due to both its bullish sentiment and its business model. Synthetic Biologics operates as a clinical-stage biotech company with a focus on treating GI diseases. The company has several products in its pipeline, including its lead compound, SYN-004 (ribaxamase). SYN-004 is used in the intravenous treatment of pathologic infections.

[Read More] Are Penny Stocks Worth It? 4 Biotech Stocks To Watch This Week

Also, the company holds claim to its SYN-020 compound as well as other similar medicines. A month or so ago, the company stated that the independent review board at the Washington University School of Medicine in St. Louis had approved SYN-004 to move on to a Phase 1b/2a study. The goal is to test its efficacy in treating allogeneic hematopoietic cell transplant recipients.

During the first quarter of 2021, the company plans to have full enrollment in the study. This is exciting news as it shows major progress with a compound that could see commercialization in the long term. Steven Shallcross, CEO of Synthetic Biologics, stated that “the approval of the Phase 1b/2a clinical protocol by Washington University’s IRB is an important step in pursuing a potentially more cost-effective development strategy for SYN-004, targeting a highly specialized patient population…We expect to commence enrollment of patients in the first quarter of 2021 and look forward to providing further updates as we advance this exciting program.”

Alliance Global currently has a price target of $1.25 on SYN. That puts its upside forecast roughly 48% higher than current market levels. The firm also has a Buy on the stock.

ATOS is another penny stock that we’ve covered numerous times in the past few months. With another jump on Wednesday, the company is once again on our radar. Atossa is working on treatments for both breast cancer and Covid-19. This makes it quite a broad biotech company, which is a positive for investors to consider. While many large gains go without news to back them, Atossa made an exciting announcement in early trading on February 2nd. The company stated that its Phase 2 study of endoxifen for breast cancer treatment, is showing very positive results. In fact, the results are so positive that the company was able to halt the study earlier than planned.

Steven Quay, CEO of Atossa, stated that “it is a welcome event to halt an ongoing clinical trial because the results are so overwhelmingly positive. Data from the first six patients in our Australian Phase 2 window of opportunity study shows a 74% average reduction in Ki-67, which is a common measure of tumor cell activity.”

This is a major announcement for both Atossa and those who have cancer. Obviously, it will take some time before this compound can see widespread commercialization. But, the ability to end a trial early is something that is seldom seen in the biotech industry. Quay went on to state that “this saves at least a year on the development timeline allowing us to accelerate clinical development in the United States.”

Considering that these were findings following 26 months of expanded access, the data has been a long time coming. As far as analysts go, Maxim most recently weighed in with a Buy on the stock. The firm also has a price target set at $8 right now.

MannKind has been one of the more active biotech penny stocks we’ve discussed frequently. Today marks the first time since 2017 that it wasn’t considered a “penny stock” thanks to the big price move. In the time we’ve discussed MannKind, the company has worked hard to keep updating investors on its day to day operations.

To give some background on MannKind, the company is currently working on an inhalable form of insulin. This compound is known as Afrezza and is one of the first of its kind to arrive on the biotech scene. With so many individuals suffering from diabetes in the U.S. alone, Afrezza has a vast amount of potential to see widespread commercialization.

Additionally, Afrezza is also FDA approved already. This is not often seen among smaller biotech companies due to the long processes involved in FDA approval. According to the International Diabetes Federation, there are more than 425 million people globally who have diabetes. The main treatment for this illness is, without a doubt, insulin.

Currently, insulin is in use either through hypodermic needles, patches, or other more invasive methods. So, to offer an inhalable form of the substance is a breakthrough for both MannKind and the patients who need it daily.

Wednesday saw reports citing the CEO and CFO purchasing shares in the company. The average purchase price was $1.33 through the company’s stock purchase plan. This triggered momentum to come into the market. As far as analysts go, BTIG Research is the most recent to slap a Buy on the stock. It has a $4 price target as well. But as we see, MNKD has far-surpassed that level as of today.

Here’s a simple yet frequent question that comes up. Are analysts always right about the companies they cover? In short, no, but that doesn’t mean they’re wrong either. Especially when we look at penny stocks, things can change and evolve quickly. The analyst rating or target from “last month” may no longer be relevant right now. It’s up to you to do some extra legwork to confirm if the sentiment “back then” is the same now. Of course, that’s if you’re looking at analysts that gave ratings before today. In any case, the best solution is to use the ratings as 1 small piece of your overall diligence process. 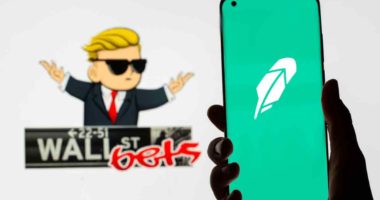 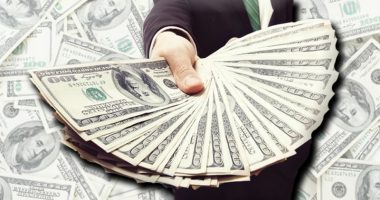 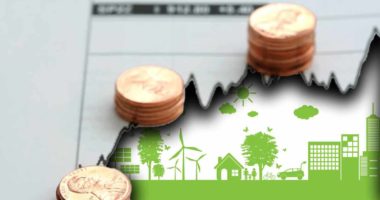 Should Clean Energy Penny Stocks Be On Your Buy List This Month?