Are Penny Stocks Worth It? 4 Biotech Stocks To Watch This Week

It can be difficult to know if the penny stocks on your list are the best ones to buy. Some might even ask if penny stocks are worth it, in general. With high fluctuations in price and trading momentum, uncertainty can certainly play a role. This is especially true if you’ve gone through a dry spell or a string of small losses. Just because a trade or a few trades don’t go your way doesn’t mean you should write off trading entirely. After a week like we just saw, I can’t stress this enough.

You’ve got a bunch of small-cap stocks experiencing explosive rallies for no reason other than “YOLO.” With the search frequency increasing online with traders wanting to find the next Reddit penny stocks to watch, there’s a clear trend emerging. That trend is one fueled by social media hype and, for most traders, very little DD. Is this the right way to trade? In my opinion, education is paramount, and trading should involve sets of rules, strategies, and other facets to help you become consistently profitable. But it’s hard to say that to someone who just went all-in on a stock blindly because a user on Reddit said so, right?

Well, this week, we see exactly why it’s important to know how to trade. Every one of the short-squeeze Reddit stocks has plummeted from their highs. GameStop is 80% below its January high. AMC Entertainment is down over 50% & Koss Corporation shares have fallen as much as 86% from their January 28th high. One thing separating traders who lost money on the GME, AMC, KOSS, etc., moves and those who didn’t was knowing where to enter and exit. Also, understanding how to day trade volatile stocks also comes in handy.

When it comes to this question, “Are penny stocks worth it,” I personally think it comes down to your strategy. They certainly aren’t worth it if you don’t know how to trade and continue to lose. But if you take time, get properly educated on the topic, and apply it to find winning trades, then of course they are worth it.

This week we see several industries trending among retail traders. While the tech and green energy names remain a focus, so do biotech penny stocks. In this light, here are a few names that have sparked some interest in 2021.

One of the topics of conversation recently has been psychedelic stocks. Obviously, this is a brand new industry popularized by notable investors like Peter Thiel, Kevin O’Leary, and even former Canopy Growth CEO Bruce Linton. The big momentum has come from advancements in MDMA, LSD, Psilocybin, yes, magic mushrooms. So, of course, the allure of such a new industry has been attracting your retail investors. But it has also begun attracting some notable names that helped blaze the trail for another “fringe industry”: cannabis.

Obviously, Linton helped with that. But then you have people like Havn’s Chairman, Vic Neufeld. If that name sounds familiar, that’s because it probably is. Neufeld was the former CEO of Aphria (NASDAQ: APHA), which became an early leader in the cannabis industry under his leadership. Now, at Havn, Neufeld appears to be getting involved at the grassroots level of psychedelics.

HAVLF has been one of the formidable names to watch. This is especially true as it makes up a portion of the newly launched Horizons Psychedelic ETF – PSYK. As of January 29th, Havn took up roughly 3.73% of the ETF and fell into the top ten holdings of PSYK. The company has been recognized for its work in advancing its scientific platform while also preparing to launch new retail products this year. Earlier this week, Havn announced a strategic partnership with HealthTech Connex Inc. Upon approval of its Licensed Dealer app, Havn Labs will be a preferred psychedelic supply partner for trials launched by HealthTech.

Another one of the penny stocks we’ve discussed frequently is 9 Meters Biopharma. The company’s stock has seen a big move over the last few months. In fact, since we started following along in August, NMTR has rallied more than 200%. The funny thing is, before that, 9 Meters wasn’t much to talk about. So what happened? Well, Covid happened.

Traditionally, the company focuses on gastrointestinal disorders, including short bowel syndrome and celiac disease. 9 Meters even holds over 150 patents. The company has recently been attempting to utilize its drug larazotide for healing lung injury relating to Covid-19. Larazotide was one of the few in a Phase 3 trial to treat celiac disease before its repurposing.

This week, the company announced that it would host an R&D day webinar on its clinical programs. This is to be held later in March. As far as near-term catalysts go, 9 Meters announced that its management team would participate in the “CEO Strategic Vision” conference call series next week.

Aside from these upcoming events, I think traders should also keep track of the institutional community. Not only is NMTR stock gaining appeal from analysts like Oppenheimer, but larger investors are also taking a stake. Late last year, Adage Capital Partners showed a passive 6.41% position in the company via a 13G filing. OrbiMed Israel also disclosed a 16% stake in 9 Meters.

Ononova has a bit of a volatile past. As you’ll see on the chart, ONTX shares were in rally mode last year, right up until mid-August. This was when the company’s Phase 3 trial results of its rigosertib myelodysplastic syndrome treatment failed to meet the primary endpoint. Fast-forward a few months, and once again, ONTX has climbed in a big way. Shares moved from just $0.20 in August to highs of over 90 cents this week. This 300%+ move came as Onconova continued reporting strong and significant milestones. As I said above, catalysts can come in many forms, and news can be a big one.

In this case, the focus has been on Onconova’s ON 123300. Late last year, the FDA permitted a Phase 1study to begin under its Investigational New Drug Application for the treatment. The trial will enroll patients with relapsed/refractory advanced cancer, including those with specific breast cancer types.

This week a European Patent Office Specification sparked more momentum in the stock. It was for the company’s “TREATMENT OF HEMATOLOGICAL CANCER REFRACTORY TO AN ANTI-CANCER AGENT“

With this and the anticipation of the first patient being enrolled during the first half of 2021 in its Phase 1 ON 123300 trial, will ONTX be on your list of penny stocks to watch?

On the medical device side of biotech, Check-Cap has begun regaining some ground this week. I say this because CHEK was one of the bigger movers earlier this year. Since reaching highs of $2.93 in January, shares had been consolidating. Wednesday marked some early signs of bullish momentum in a few weeks.

While there was no news to go along with the slight spike in momentum, traders have been circulating last week’s shareholder letter. In it, CEO Alex Ovadia gave a full overview of the company’s current state, recent milestones, & plans for the future. The main focus was the company’s C-Scan capsule for screening to detect polyps before they transform into colorectal cancer.

“Our primary objective continues to be gaining approval of C-Scan in the U.S. We continue to optimize C-Scan’s functionality and patient experience in preparation for the upcoming U.S. pivotal study through additional clinical data collection at Israel sites. To this end, we have finalized a clinical trial protocol for a study in Israel and identified over 10 clinical trial sites to enroll up to 250 average risk patients. Nevertheless, our team is committed to accelerating patient recruitment during 2021.”

Penny Stocks To Watch In February 2021

Figuring out if penny stocks are worth it is based on your personal strategy to trading. One thing I can say is that if you have an understanding of things like volatility and basic technical analysts, it makes understanding trends a bit easier. But that doesn’t mean you have to be the best chartist in the market. Sometimes a bit of common sense and reading between the lines will help you find great set-ups. The biggest thing to remember is that you’re here to make money with penny stocks. 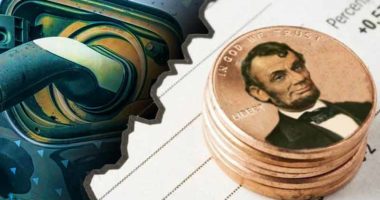 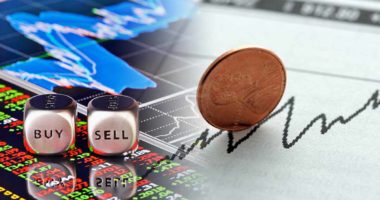 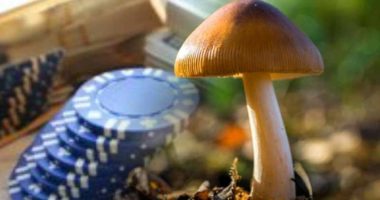 Mushroom Penny Stocks & “Bloom Chips” Are Heating Up This Month 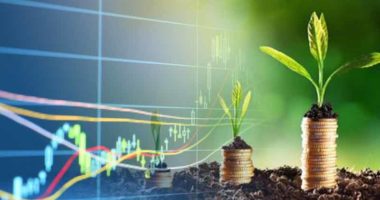 Are These Penny Stocks On Your List To Buy Right Now?