4 Penny Stocks To Buy For Under $3

Penny stocks and their definition will probably be argued over forever. Some say the definition of penny stocks are equities trading for less than $1. But traditionalists will say that stocks under $5 are considered penny stocks according to the SEC. Regardless of your definition, I’m going to choose the latter because it lets me write about more stocks.

Obviously, lower-priced penny stocks will see much more volatility and this is where price matters to your specific style of trading. Let’s take the $0.25 and $4 example stocks. If the 25 cent stock were to drop 5 cents instead of a climb, the percentage decline is much greater than if the $4 stock dropped 5 cents.

This week we’re seeing a lot more activity in small-cap stocks and this has helped boost momentum for plenty of penny stocks. This list covers a few penny stocks that can be bought for under $3. The questions you’ll have to answer is will they remain at those levels and are they the best penny stocks to buy now?

If you’ve been following the U.S./China narrative, you know tensions are high. But then you need to also remember what’s going on right now across the world. The coronavirus have been cause for strain and success for all sorts of companies. China Jo-Jo (CJJD Stock Report) was a rockstar penny stock for most of 2020. It began the year trading around $1.80 and reached fresh 52-week highs of $3.46 at the end of May.

The company is and online and offline retailer and wholesale distributor of pharmaceutical and other healthcare products. It’s also a provider of healthcare services in China. Additionally, Jo-Jo Drugstores cultivates herbs used for traditional Chinese medicine. So what caused the drop from over $3.40 to lows of $1.28 in the matter of days?

While the stock began falling on May 28th, details of what likely was the catalyst to the fall came out on June 1. The company announced a $10 million offering at a purchase price of $2. This is an extreme discount to where the market was trading just a few days prior. Was the information leaked? That’s tough to say but CJJD is now trading under $2.

Fast-forward to June 5 and we’re seeing CJJD stock begin to climb. The company announced the closing of the financing earlier in the week. Following the news, shares began climbing once again. But the bigger move didn’t begin util the end of the week. Since June 1, shares are relatively flat but since June 4th, the penny stock has climbed over 25%.

CHF Solutions Inc. (CHFS Stock Report) has been an interesting penny stock to watch over the last few weeks. during the last few weeks of May we took a closer look at CHFS stock. At the time it was trading around $0.35 and the company just announced that it convened its 2020 Annual Meeting of Stockholders held on May 20, 2020. It will be adjourned until June 19 to solicit additional proxies for “proposal 3” in particular.

This would grant the Board of Directors the discretion to implement a reverse stock split. The Board of Directors said it “believes approval of Proposal 3 is in the best interests of CHF Solutions and its stockholders”. That’s because a reverse stock split “may be necessary to maintain the listing of CHF Solutions’ common stock on the NASDAQ Capital Market”.

What Happened With CHFS Stock?

Later on the company signed a distribution deal to expand its commercial presence in the Middle East and into the United Arab Emirates. This week the company announced Children’s Hospital of The King’s Daughters in Norfolk, Virginia has begun ultrafiltration therapy using CHF’s Aquadex SmartFlow™ system.

“We will use this ultrafiltration therapy to accommodate the needs of children that require fluid removal without the added risk of hemodialysis and to meet the needs of ICU patients with heart disease that don’t respond to diuretics,” said Dr. Irene Restaino, M.D., Medical Director of Nephrology at the Children’s Hospital.

Thanks to this series of updates, CHFS stock has begun to climb to the upper limits of a trading channel it’s been in for months. Since early March, CHFS hasn’t been able to break above $0.60 or below $0.30. While it has been a great channel for traders, the long-term trend hasn’t been much to speak of. Will this latest surge see CHFS stock finally break out of the channel or is it set to slide back once again?

Gannett Co (GCI Stock Report) may be an unlikely beneficiary of the coronavirus. The company recently launched “Rebuilding America” to examine how America’s economy is restarting following 3 months of closures. Gannett’s focus is on its digital sites. The project is a sweeping effort by the USA TODAY NETWORK, Gannett’s newsrooms across America, to empower its audience of more than 150 million readers.

There’s a lot more people searching for information on what will be opening, criteria for opening, what to expect, etc. It may not seem like more than just an information site, but traffic is huge for digital companies. Gannett has been working to shift its focus from a physical news presence to virtual.

“Our nation and the rest of the world have endured so much these past three months, and as America’s economy begins to reenergize and reopen, our talented journalists are there to chronicle this important moment in our country,” said Maribel Perez Wadsworth, Gannett’s President of News and Publisher of USA TODAY. Gannett recently reported earnings and saw EPS fall 480% year over year as well as missed analyst estimates.

Revenue rose by 43% for the quarter but the company wasn’t able to give any type of guidance thus far. Given the apparent optimism, is GCI stock simply benefiting from overall market momentum or is there something more to consider? The company will hold its annual meeting on Monday morning.

Finally, Digital Ally (DGLY Stock Report) shares have been in the spotlight this quarter. This month as riots emerged, many companies with related products like body cameras and communications equipment caught attention from investors. Digital Ally recently announced the launch of two product lines in direct response to the increased safety precautions in light of COVID-19.

“We applied our years of experience with the latest cutting-edge sensor technology, real-time embedded electronics, and video AI analytics in vetting and choosing the ThermoVu™ technology as the most powerful combination of fast, accurate, reliable and user friendly,” said Stan Ross, CEO of Digital Ally.

ThermoVu™ is a non-contact temperature-measuring instrument. It measures temperature through the wrist and controls entry to facilities when temperature measurements exceed pre-determined parameters. On Friday, reports from a local Kansas City news station cited a next big event for companies like Digital Ally. This triggered another big move for DGLY stock.

While it didn’t name the company, it could suggest that cities are looking to invest in more bodycams. It also might help that the Digital Ally name was branded on the bodycam close-ups in the actual report. The city said that it secured $2.5 million for KCPD body cameras. As is always discussed, sometimes it isn’t company-specific headlines that see penny stocks surge. With speculation has a driver in many cases, sector-related headlines can also have an impact. Will this end up prompting further momentum for DGLY stock in June? Shares have climbed over % since early April when DGLY stock was only trading around $1. 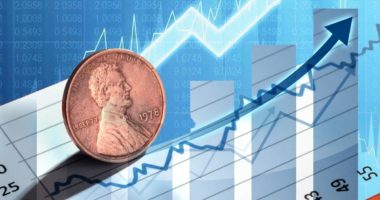 Can these penny stocks keep moving next month? 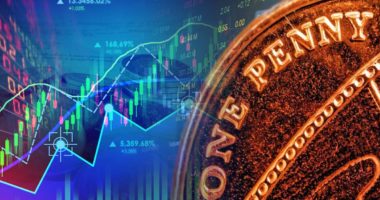 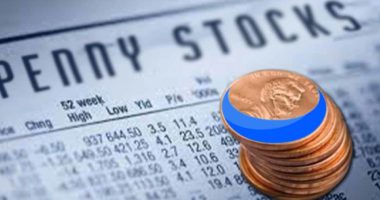 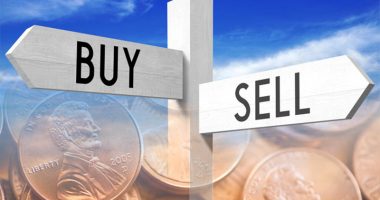 Is ZNGA A Penny Stock To Buy Or Sell This Month? It…