Best Penny Stocks To Buy Under $5? 4 To Watch Today

Finding the best penny stocks to buy seems simple, but it takes time to identify a clear trend. We saw this week, how quickly these can breakout. We’ve also seen how quickly they can break down. So deciding what type of trading strategy you’re going to undertake is important. Are you planning to day trade penny stocks or are you looking for a swing trade?

Maybe you’re actually looking to take a long position and invest. Understanding the fundamental and technical aspects of each target stock is important. For instance, yesterday we saw shares of Greenwich LifeSciences (GLSI Stock Report) skyrocket to highs of nearly $160 a share. But it wasn’t a slow steady move. It was filled with big volatility spikes and even bigger pullbacks. A clear strategy build for high-frequency day trading was better suited compared to someone looking to invest in penny stocks.

But it’s also important to understand why certain stocks move the way they do. For instance, many housing stocks trimmed gains from previous sessions as stimulus uncertainty began working its way through the market. The potential of a federal coronavirus relief package once again was stalled as bipartisan agendas combatted with economic relief. On Tuesday, Treasury Secretary Steve Mnuchin put out a $916 billion proposal to help stimulate the economy in the short term. The stalling of this package’s approval means that emotions are up in the air right now amongst retail investors and institutional traders.

And while major stocks like Apple Inc. (AAPL Stock Report) and Tesla Inc. (TSLA Stock Report) were down big for the day, many penny stocks had equally larger gains. In addition to a stimulus package, the potential for a covid vaccine is still up in the air. While the U.K. has begun giving out doses to the public, the U.S. has still yet to approve a vaccine for widespread use. These two factors seem to be the main drivers behind the movement in the stock market right now. But, both of these factors could also turn positive in the next few months, meaning that the stock market could potentially see a recovery. With all of this in mind, let’s take a look at a few penny stocks for the end of the week.

Phio Pharmaceuticals Corp. is a biotechnology company that posted a respectable 11.2% gain during trading on December 9th. While there wasn’t any specific news that came from the company during the day, biotech companies tend to trend upward when positive news comes out regarding covid.

On Wednesday, December 9th, the U.K. moved into its second day of offering a covid vaccine. Because of this, hopes for the end of the pandemic remain quite high. In addition, it seems as though the market on a covid vaccine is not going to be limited to just one or two companies. Due to complications regarding each of the vaccines that are currently on the market, it seems as though many biotech companies can benefit from the end of covid.

For some context, the company works in the treatment of tumors with its INTASYL therapeutic platform. This platform utilizes therapeutic compounds to empower cells to fight cancer. From a financial perspective, Phio Pharmaceuticals reported a solid Q3 2020 last month. In the report, the company posted that it had around $16.9 million in cash on hand. This is compared to the $7 million it had at the end of 2019. Although it did pull in a net loss of around $2.3 million, this was mostly due to increases in research expenditures.

Qualigen Therapeutics Inc. is another biotech company that has been working on treating both cancer and infectious diseases. Similar to a few other biotech penny stocks, Qualigen is working on developing a treatment for Covid-19. Its treatment known as ALS1411 is a candidate that targets nucleolin’s in the body. While the company didn’t have any major news other than a new c-level staff appointment, it did release an announcement last week. On December 2nd, Qualigen announced that it completed the recertification of its AS1411 drug supply. The goal with this recertification is to allow for the use of this drug in any upcoming trials. This includes both Covid related trials and other viral studies.

Michael Poirier, CEO of the company stated that “even with the roll-out of Covid-19 vaccines, we see this virus being around for many years to come in different forms. The mechanism by which AS1411 is believed to work, by blocking the ability of viruses to replicate in the body, may make our therapeutic effective against future mutations in Covid-19 as well as against other dangerous viruses including the flu.”

While the company has yet to receive approval for its drug to treat covid, a lot remains up in the air in the future. Whether or not this makes QLGN one of the penny stocks to buy now remains up to investors.

PDL Biopharma Inc. is a biotech company that dropped by around 4% during the trading day before an after hours gain that brought it up by 6.5 points for the day. The company works as a developer of novel therapeutics and healthcare technologies. It uses this technology in order to treat various types of cancer as well as other ailments. On December 9th, the company announced a timeline for its voluntary delisting from the NASDAQ exchange.

The company states that it plans to submit Form 25 (Notification of Removal From Listing) to the SEC by the end of December. If all goes according to plan, the company would see its stock delisted by early January. While this may seem odd, there are a few reasons that PDL Biopharma decided to go with this route.

For one, the cost of being a publicly traded company is quite high. This is something that in the past, has not reflected well on PDL’s balance sheet. In addition, the company has had to spend a great deal of time and money on compliance with the SEC in order to stay public. While this is something that we don’t often see in the stock market, it looks like it resulted in a bullish sentiment from investors during after hours. As of now, it remains uncertain as to the exact time frame when this will occur. But with it on the books, investors could keep a close eye on PDLI stock if they so choose.

UTStarcom Holdings Corp. is one of the biggest gainers from December 9th. During the trading day and into after-hours, shares of UTSI stock shot up by over 107%. While no news contributed to this gain, UTStarcom could be considered an epicenter penny stock. According to Fundstrat’s Tom Lee, these are stocks hit hardest by the pandemic but could rebound the quickest in light of a vaccine.

[Read More] Are These 5G Penny Stocks to Buy In November Or Should You Avoid Them?

UTStarcom is involved in this category due to its standing as a 5G penny stock. Interest in 5G networks has increased greatly over the past few months. This means that companies like UTSI have seen a lot of positive momentum. The company works by offering communication services to various network operators. This includes broadband access, mobile backhaul services, and more.

Last month, the company announced that it is in the process of developing a disaggregated router that could be used for 5G services. As one of the largest telecom companies in China, UTStarcom has a lot to potentially benefit from if it is able to successfully deploy its 5G technology. In the past month excluding yesterday’s after-hours gains, UTSI stock has posted around 41% in growth. Again, this is not due to any one particular announcement, but rather potential underlying confidence in UTSI’s future endeavors. 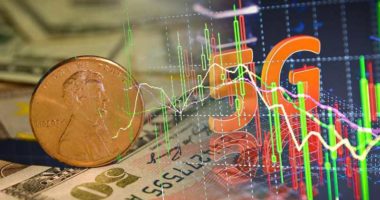 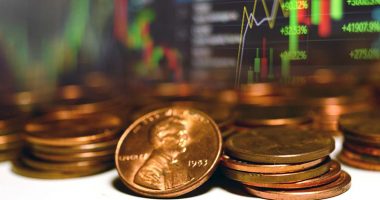 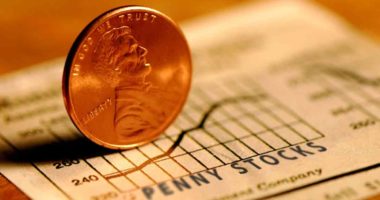 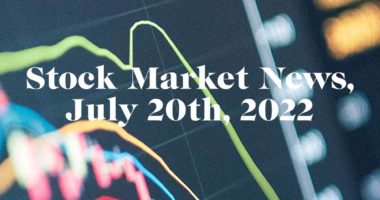