5 Penny Stocks To Watch Before Next Week, Epicenter Stocks In Focus

Epicenter penny stocks have become the focus of many investors over the past year. For some context, these stocks are defined as any stocks that were hit hard by the beginning of the pandemic. In addition, this definition applies to companies that have been able to bounce back since COVID hit. Tom Lee of Fundstrat originally coined this phrase.

One thing to keep in mind is that there is no definitive time period that COVID will “end”. In the meantime, however, we can use the current information we have to try and find epicenter penny stocks to watch. While not every epicenter stock is seeing a recovery, a great deal of them are. As the great Warren Buffett said, “Be fearful when others are greedy and greedy when others are fearful.”

With fear playing into many traders’ judgments, it could be time to find epicenter penny stocks at very low prices. All things considered, here are five to watch right now.

AMC Entertainment Holdings Inc. (AMC Stock Report) may be the epitome of what epicenter penny stocks are. For those who don’t know, AMC is the owner of the largest movie theater chain in the world. When the pandemic hit, shares of AMC stock took a large and albeit, understandable dive. In the months following, things didn’t get too much better for AMC stock.

Add that to a 90% dive in third-quarter movie theater attendance, and things continue to look quite bleak. If all that wasn’t enough, the announcement from Warner Brothers that all movies for 2021 would be shown online and in person, meant that the demand for in-person movies declined heavily. Despite this, shares of AMC stock have managed to see some bullish interest in the past few trading sessions.

On December 9th, during early morning trading, shares of AMC stock shot up by around 8% before falling alongside the majority of the stock market. Recently, a report from the SEC showed that the investment firm BlackRock had taken a 4.6% stake in AMC stock. For this reason, some investors feel more confident in the future of AMC. Recently, the company also announced that it would be engaging in an equity sale to help prevent the threat of bankruptcy. While this is not a be all end all solution, it should help AMC’s financial situation in the short term. For now, investors should be careful about considering AMC stock an epicenter penny stock to watch. But with its bullish interest in the past week, it’s definitely worth watching in the short term.

Nokia Corp. (NOK Stock Report) may not seem like an epicenter penny stock at first. However, its role in the telecommunications and 5G industry, puts it on the list. The company works as a provider of telecom services and 5G technology/infrastructure. Due to more people being at home than ever before, more people are utilizing telecommunications services.

Earlier in the year, NOK stock saw its price per share go up due to heavy interest in 5G services. In addition, the company has several prospects currently in the works that could put it head to head with some of the largest telecom companies in the industry. Its main competitor, Ericsson (ERIC Stock Report), is currently trading with double the market cap of Nokia.

Given that the two are very similar, some investors could choose to see NOK stock as severely undervalued. In November, Nokia announced that it could land a few major supply deals around the world. After the U.K. banned any new Huawei 5G installations, Nokia quickly became a runner up to become a major part of the U.K.’s 5G infrastructure. In its Q3 2020 financial report, NOK stock reported that net sales dropped year over year by around 7%.

While shares of the company have nicely rebounded, the latest news this week has helped buck that trend, Nokia announced that it had achieved a record 5G speed of 1.9 Gbps during a successful trial of its next-generation AirScale Indoor Radio System. This was at the headquarters of mobile operator, Zain KSA in Jeddah in the Kingdom of Saudi Arabia. Considering the surge in attention on 5G stocks, NOK could be one to watch right now.

Shares of Boxlight Corporation (BOXL Stock Report) have also been pushing higher since November. If you’ve been an avid reader of our site, you’ve become familiar with the company over the last few months. The COVID pandemic has placed a keen focus on education technology and eLearning. Boxlight provides eLearning tech and with new COVID restrictions getting kids back out of school again, this could be one of the names to know right now.

With the addition of a new Chief Technology Officer and these recent awards, Boxlight is making a push to become a player in eLearning in 2020. What’s more is that Boxlight also made a $94.9 million acquisition earlier in the year that bring AV provider Sahara Presentation Systems into the fold. The company provides Boxlight with a larger geographical footprint that it says could generate more than $100 million in sales, combined.

Biotech & healthcare are two places to also look for epicenter penny stocks this year. Many, including Celsion Corporation (CLSN Stock Report), experienced big sell-offs at the start of the year. Since hitting lows of $0.4305 in November, CLSN stock has been on the move. This week in particular has been one of the more active weeks in recent months. What has helped, in my opinion, is the bigger focus on cancer stocks. Wednesday saw Greenwich LifeSciences (GLSI Stock Report) surge after news of a big development with its breast cancer treatment candidate.

While there haven’t been many updates recently, the focus appears to be on Celsion’s pipeline. Its GEN-I treatment is an immunotherapy being developed for treating ovarian cancer. Right now, GEN-I is in a Phase II OVATION study. The company also has a treatment candidate called ThermoDox. It’s a heat-activated treatment currently in Phase 3 development treating hepatocellular carcinoma (primary liver cancer). The company currently is examining data from an OPTIMA study for ThermoDox and expects findings from independent analyses before the end of the year.

Considering the notion that the latest momentum could be due to some sympathy trading, it’s important to monitor key volume levels. Many times we’ll see sympathy trade rally, only to fall just as fast. The general reasoning has to do with no fundamental catalyst acting as something for new traders to chew on for further momentum. Will that be the case with CLSN or is this a new uptrend we’re seeing right now?

When you think about the post-pandemic ecosystem, how does money look to you? More specifically the use of money and how it gets exchanged. In this case, we’ve seen a big surge in cryptocurrency prices recently. Partially due to investors looking at them as “safe havens”. But also for those expecting digital currency to become more mainstream, post-pandemic. Marathon Patent Group Inc. (MARA Stock Report) has found itself in the unique situation of acting as a crypto miner.

A few weeks back, MARA stock surged to highs of $6.80 in tandem with the price of bitcoin. What’s more is that aside from the previous announcement of new miners for next year, Marathon purchased another 10,000 from Bitmain this month. The company also plans to open up an additional data center to handle the increased load.

[Read More] Looking For The Best Penny Stocks? 4 With Price Targets Up To 419%

With the way that bitcoin and other cryptocurrencies have been trading, miners could be among the ones to watch right now. Thursday saw MARA shares rebound from its prior 5-day downtrend. Will that continue into next week? What’s also interesting to note is that shares seem to have marked a support level (for now) at an area of previous resistance in August. So it will be interesting to see how the technical trend plays out as December rolls on. 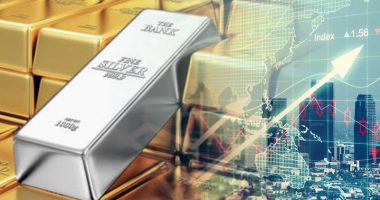 Gold stocks are something to pay attention to this month. The uncertainty… 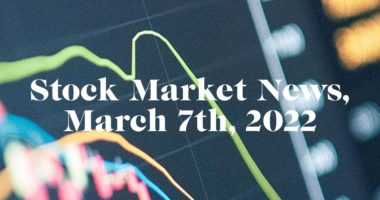 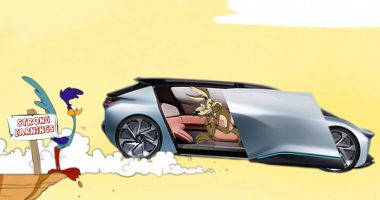