Are These Hot Penny Stocks A Buy Right Now?

If you’re looking for hot penny stocks to buy right now, you’ve certainly got your pick. Whether it’s energy stocks, biotech stocks, tech stocks, or, really, anything in between, small cap stocks are hot right now. In fact, as the S&P ETF (SPY ETF) is treading water on Thursday, the Russell 2000 ETF (IWM ETF) is climbing back toward all-time highs. That shouldn’t come as a surprise after the quarter we’ve had so far.

Not only did we see electric vehicle penny stocks explode to record levels, but the latest attention on biotech penny stocks has also been undeniably strong. Much of that recent surge has stemmed from a big move made earlier in the week by Greenwich LifeSciences (GLSI Stock Report). This wasn’t an aftermarket move as we’ll discuss with some of the stocks in this article. The penny stock exploded thousands of percentage points from penny stock levels to nearly $160.

That then triggered a sympathy move among other, similar stocks; mainly cancer penny stocks. Not only has this “event” made waves for biotech penny stocks but it has become a catalyst for small cap stocks, in general. Going back to the IWM vs SPY example, it was a night and day difference on Thursday. The IWM closed nearly 1% in the green while the SPY finished red. As they say, the trend is your friend. Will this trend in small cap stocks continue into Friday’s session? That will be something to be on the lookout for before the weekend. That will also help when it comes to deciding if these are the best penny stocks to buy or not

Right now hopes are high for two reasons. First, the market wants to see how the first round of vaccines performs. Second, in the U.S. Americans are waiting with bated breath to see if or when the next stimulus bill will be passed. In either scenario, a favorable outcome would be a sign that things have a chance of getting back to normal; or whatever normal will look like. Needless to say, upbeat sentiment on reopening has created an entirely new niche of stocks: epicenter stocks. We talked about this topic earlier today and it was originally coined by Fundstrat’s Tom Lee.

As Lee explains, the companies hit hardest by the pandemic – hospitality, travel, some tech, healthcare, energy – may recover the quickest with a path to reopening. In light of this, we’ve seen myriad stocks related to this idea begin jumping over the last few months. Ashford Hospitality Trust (AHT Stock Report) is one of the companies in the middle of this COVID storm. The company invests in full-service, upscale and upper-upscale hotel properties in the U.S. We’re talking about brands like the Marriott, Hilton, Hyatt, Crowne Plaza, and Sheraton flags.

The FDA panel recently recommended approval of Pfizer’s (PFE Stock Report) COVID vaccine for emergency use. This emergency use could authorize the vaccine as early as Friday. With this news, the obvious focus could be on these reopening names. Whether or not people head back to hotels sooner than later is to be seen. But the sentiment itself could play a factor for AHT stock. Furthermore, with Deutsche Banks October rating came a $6 price target. This put Deutsche’s AHT stock forecast 50% higher than current levels. Other similar names include: Braemar Hotels (BHR Stock Report), InnSuites (IHT Stock Report), and Sotherly Hotels Inc. (SOHO Stock Report)

Similar to the hotel operators and owners, travel agencies could also see some attention. Trivago (TRVG Stock Report), for example, is all about booking hotels. Their slogan is “Hotel, Trivago” and it works to get the “best deals” on hotel rooms. Needless to say, the recent upbeat sentiment has helped fuel trading in the stock. On Thursday, in fact, TRVG stock saw one of its most active trading sessions of the month. Share prices also pushed to levels not seen since June.

Again, while travel isn’t expected to recover quickly, reports have already cited that people are growing more in favor. This past Thanksgiving season was an example of that. Millions of people traveled during the days leading up to the holiday against the CDC recommendation. As another round of holidays is upon us, it will be interesting to see if the same holds true. What’s more is that with the FDA news on Thursday, travel-related stocks could be a focus at the end of the week. You’ve also got to keep in mind other booking sites like Liberty Trip Advisors (LTRPA Stock Report) as well.

This latest round of upbeat speculative trading with TRVG has also seen analysts get in on the action. Wedbush lifted its price target on Trivago this week. The firm maintains a Neutral rating. However, it did increase its $1.60 target to $2.50.

Another one of the reopening stocks, Drive Shack (DS Stock Report) could be on the radar before next week. The company operates entertainment venues focused on a driving range having a baby with a sports bar. The concept has been popularized by other companies like Top Golf and offers a unique experience for customers.

This year has been somewhat of a transition year and it wasn’t only due to COVID. Drive Shack has been shuffling things around to both build upon its cash pile and further identify new revenue opportunities. As we explained earlier this week, heading into 2021, Drive Shack may have more in store. There’s a plan to boost growth early in the year.

A new initiative that Drive Shack has implemented includes launching The Puttery and opening a New Orleans Drive Shack venue for the new year. After selling its Rancho San Joaquin California property, it had booked $34+ million to contribute to the rollout of 50+ Puttery venues by the end of 2024. What’s more, in September, JMP Securities revised its target for DS stock while maintaining a Market Perform rating. Based on its DS stock forecast, the $5 price target is 102% higher than the current trading levels. Will the Pfizer/FDA news trigger momentum heading into Friday?

Ambev SA (ABEV Stock Report) posted a decent gain of around 5% during trading on December 10th. The company operates out of Brazil and is a major producer and distributor of beer and soft drinks. The company has markets in South America and Canada. In these locations, the company sells its popular alcoholic brands such as Busch, Budweiser, Modelo, Corona, and more. In addition, the company sells non-alcoholic beverages such as Canada Dry, Pepsi-Cola, and others. As you can see, the company operates very broadly within the beverage category. The company recently announced its Q3 2020 financial results for the period ending on September 30th.

Jean Jereissati, CEO of the company states that “the third quarter continued to be marked by the pandemic. Despite all the difficulties, our commercial strategy worked and reshaped the volume recovery trend that started back in May continued throughout the quarter across all of our markets. The trends by country also remain very similar to Q2. Bolivia, Panama, and the Dominican Republic continued to recover more slowly.”

It is obvious that the effects of the pandemic have not left any company unscathed. But, with the recent news of the FDA’s recommendation for Pfizer’s emergency use authorization, consumer stocks could take center stage right now. Of course, this is highly speculative at the moment, however, ABEV could be a penny stock to watch.

We reported on the company earlier today but AMC Entertainment Holdings (AMC Stock Report) is likely part of the reopening stocks to watch after the Pfizer news. At the very least, upbeat sentiment has driven aftermarket momentum on Thursday. The company is one of the largest movie theater operators in the world and has gone through its trials and tribulations this year. Lockdowns, social distancing, & restrictions on gathers all but shut the company down.

However, over the last few months, AMC has begun reopening theaters while also strategically positioning for the future. It’s never a trader’s favorite thing to hear a company’s raising money. In this case, AMC announced a common stock offering of up to 200 million shares of common stock. However, in the case of AMC, these funds, if raise could be used to sustain operations in the interim.

What’s more is that Benchmark Research recently made comment on Cinemark’s potential recovery, which helped boost other names in the space. They stated, “We remain positive on [Cinemark’s] ability to regenerate financial growth,” citing “forthcoming vaccines and treatments will mitigate the virus influence on movie-patrons opportunity to patronize theaters.” 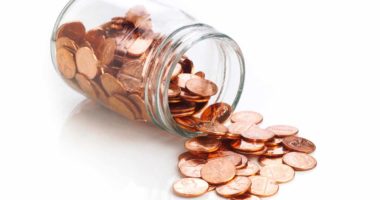 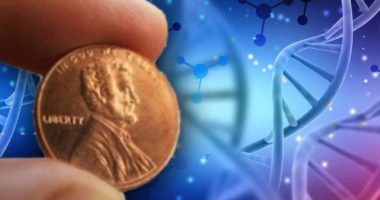 Biotech penny stocks to watch this week. Are they a buy now? 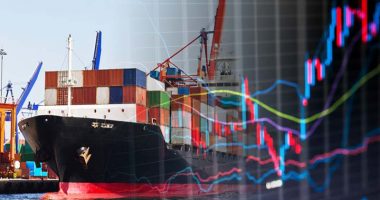 Torm Plc (TRMD) Stock Has Exploded On Tuesday But Why? This week… 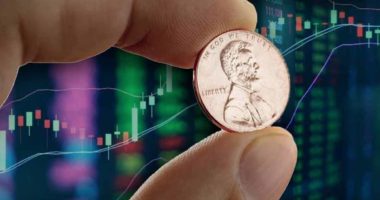 Penny stocks to buy according to top Wall Street analysts