Should Biotech Penny Stocks Be On Your Watch List Right Now?

What’s one of the top sectors to watch when it comes to penny stocks? While some traders might say anything that’s moving, others pinpoint a few select sectors. In this case, biotech continues to offer massive potential for big swings, high volume, and plenty of speculation driving momentum.

One of the main reasons for all of this speculation stems from pending trials and sympathy momentum in the market. When it comes to the former, the beauty of biotech stocks is that these companies will come out and say exactly when they’ve got news coming. They’ll reports things like PDUFA, NDA, BLA, and other dates of importance all centered around FDA decisions. These present a similar situation as earnings events. They can act as huge bullish catalysts and can also become an investor’s worst nightmare. We’ve seen both of these events, first-hand.

When it comes to the latter – sympathy momentum – it’s a bit different. This entails a group of stocks with similar treatments moving in the same direction as a leading biotech that has put out news. This, for example, could be something like the Gilead/Immunomedics acquisition triggering a move in cancer stocks. We also saw a clear example of this when it came to coronavirus penny stocks throughout the year.

If a company had a new development, we tend to see a move in related names. Again this can be a bullish or bearish move. These reasons and others are why biotech penny stocks remain a big point of interest no matter what else is going on in the stock market. Today, we’re looking at a few names that have been trending in October.

Shares of GT Biopharma Inc. (OTC: GTBP) have been trading more actively for the better part of the last few weeks. This came in the wake of several key updates on the company’s pipeline treatments and treatment platform. Before we go into detail on those, what’s important to note especially about pre-clinical and clinical-stage biotech companies is progress updates. These are generally referred to as interim data. While this isn’t a “set in stone” event that says a trial will, in fact, have a certain outcome, it will give a glimpse into the current direction and progress of treatment.

In GT Biopharma’s case, the initial move began after the company announced an update on its GTB-3550 trial in patients with acute myeloid leukemia. GTB-3550 is the company’s lead candidate and utilizes the company’s novel TriKE™ platform. The company’s tri-specific natural killer engagers or TriKE™ is a combination protein that bridges an immune cell and a tumor cell to drive tumor cell killing power exponentially.

In GT Biopharma’s case, results were favorable in this first patient dose. There was a decrease in AML blast levels from 18% to 12% in the bone marrow. There was also an improvement in marrow cellularity and improving platelet and red blood cell numbers. From here, the company said it plans to re-treat the patient with an additional round of GTB-3550 therapy at the 25mcg/kg/day dose.

Shares of ADMA Biologics Inc. (NASDAQ: ADMA) is another one of the biotech penny stocks that have been on the radar for a few weeks now. It was also one of the top penny stocks on Robinhood to watch at the start of the week. If you recall, there was a big boom in plasma stocks for a brief period this summer. A number of these stocks took off in light of comments made by the U.S. President at the time. Last month ADMA launched a COVID-19 ImmunoRank Neutralization MICRO-ELISA. It’s a fully-validated ELISA assay for the detection of SARS-CoV-2 neutralizing antibodies in plasma.

With a recent surge of attention on coronavirus penny stocks, ADMA is back in the mix. Trading volumes have picked up over the last few weeks and shares have climbed nearly 30%. One of the points of resistance for the stock has been its 50 day moving average. As you can see in the stock chart for the last 6 months, the 50-Day (in yellow) has been a point where ADMA stock has tested and failed at, with a few exceptions. Obviously, it wasn’t able to hold those levels and came back down soon after.

What’s brought a bigger focus on the company as of late has been some analyst actions. Earlier this month, analysts at Raymond James maintained their rating of Outperform on the penny stock. However, the firm did lower its price target to $7 from $9. Given these recent developments, the sympathy momentum from coronavirus, and key technical levels, can ADMA stock continue higher in October?

Arbutus Biopharma Corp. (NASDAQ: ABUS) has been consistently climbing since testing its 200 day moving average back in September. If you remember earlier in the summer, ABUS stock was one of the top biotech stocks to watch following a key update.

ABUS stock rocketed to a high of just over $9 after the company filed an 8-K showing some important info. Specifically, Moderna’s (MRNA Stock Forecast) bid to invalidate a US patent on vaccine technology owned by Arbutus was denied by the US Patent and Trademark Office, Reuters reported.

While ABUS has been on our radar since last December, the recent pullback following July’s move has trading looking at the company once again. Arbutus participated in Chardan’s Annual Genetic Medicines Conference on Monday. There haven’t been any new updates however, the recent uptrend began after the company reported positive 12-week data from a trial. As I said above, interim data and final data are all things to take into consideration. In this case, investors have responded favorably to the development.

This data was from an ongoing phase 1a/1b clinical trial of Arbutus’ AB-729. This is an investigational drug that potentially inhibits viral replication and reduces all antigens, including that of hepatitis B. The company expects to present clinical results from the trial of the 60 mg multi-dose cohorts, the 90 mg single-dose cohort, as well as the longer-term follow-up of the 60 mg and 90 mg single-dose cohorts during an upcoming scientific meeting later this year.

Trevena Inc. (NASDAQ: TRVN) is continuing higher once again on Wednesday. Shares of the biotech company remain on our list of hot penny stocks trading higher in October. What came onto the list of biotech penny stocks to watch in June has greatly evolved since.

One of the company’s pipeline treatments TRV027 is its drug candidate to treat acute lung injury that contributes to acute respiratory distress syndrome in COVID-19 patients. However, as we’ve seen, the focus isn’t only on biotech stocks with treatments for coronavirus. Investors are coming to find that these companies actually have treatments to address other illnesses (believe it or not).

The most recent focus for the company has be on its OLINVYK treatment. The company recently gave 3 presentations at the ANESTHESIOLOGY® 2020 conference on the candidate. It was held from October 2nd through today where Trevena’s presentations would discuss new analysis on data from its OLINVYK Phase 3 program.

“Throughout its clinical development, OLINVYK has demonstrated a consistently favorable side effect profile,” said Mark Demitrack, M.D., Senior Vice President and Chief Medical Officer of Trevena, Inc. in a recent press release. OLINVYK is being evaluated for pain treatment compared to things like IV morphine. 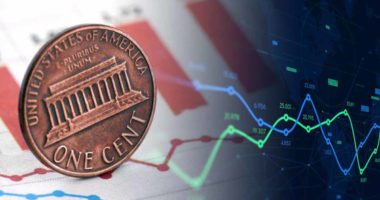 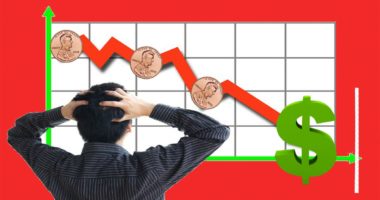 Looking to Make Money With Penny Stocks During a Down Market? Here’s 3 Tips and Tricks 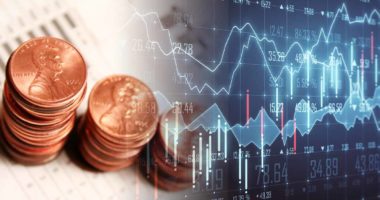 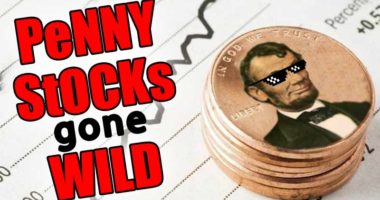