5 Penny Stocks To Buy, Sell, Or Hold Right Now According To Analysts

Do Analysts Rate These Penny Stocks To Buy, Sell, Or Hold In October 2020?
Total
1
Shares
Share 0
Tweet 0
Pin it 1

Whether you’re new to penny stocks or a seasoned vet, analysts ratings are something that can act as a catalyst for these cheap stocks. As much as I would like to say that’s a positive, analysts actions can trigger moves in both directions. Something to note especially when it comes to these Wall Street talking heads is that they’re not the end all. In fact, some companies that have ratings on them actually may react in the opposite of what analysts portrayed. It all depends on the timeframe they gave their incite.

For example, right now you could look at plenty of penny stocks that have “Buy” ratings on them. But take a deeper look at which analysts gave the rating and when. Many of the ratings you see online are outdated. From the surface, however, you’ll see the quick snippet of information where you may or may not use it to your advantage.

In any case, what I’m looking to convey here is simple. Do your research and don’t take anything for face value. On this note, it’s also important to take the same approach with popular things like penny stock news.

Many times we’ll see stocks under $5 react aggressively to headlines. Then, either later in the session or later in the week, we’ll see a different move, “based on news”. What would be the reason for that? Simply put, traders actually took time to read the headline. Take, for instance, a company we saw earlier this year report COVID-related news. The headline had all the hot-button keywords like “FDA Approval” and “COVID-19”.

But the actual information within the press release was a very watered down attempt at an actual material event. However, it didn’t prevent traders from making knee-jerk reactions to the initial headline. It’s never a bad idea to take a little extra time to do additional research to confirm a trend or information. At the end of the day, if that trend is truly strong, it will still be there when you’re done researching.

With this in mind, where do you stand on these companies? Do you agree on some that are rated penny stocks to buy according to analysts?

Penny Stocks To Buy [according to analysts]: ReneSola Ltd.

Most of the past few weeks have been all about renewable energy. Whether it’s EV penny stocks or energy penny stocks, the topic has been hot among traders. We’ve seen companies like SPI Energy boost excitement in the space as well. ReneSola Ltd. (SOL Stock Report) is another one of the penny stocks gaining ground in energy this week. Tuesday saw shares reach highs of $2.83 during the early afternoon session with volume remaining well-above average.

At the end of September, the company agreed to form a joint venture with Munich, Germany-based Vodasun. The two will co-develop and market ready-to-build ground-mounted solar projects in Germany. According to ReneSola, the 50:50 joint venture will have an initial project portfolio of 50 to 100 megawatts, and target an additional 50 to 100 megawatts of new projects per year.

What’s more is that if you look at the penny stock’s chart in mid-September you’ll notice the first initial volume spike. This came alongside new analyst ratings for the penny stock. H.C. Wainwright initiated coverage with a Buy rating and a price target of $4. In general, SOL stock has been one of the top solar penny stocks to watch this year. Even with the latest surge, SOL stock had already managed to climb nearly 170% during the third quarter alone.

Penny Stocks To Hold [according to analysts]: Acorda Therapeutics Inc.

Acorda Therapeutics Inc. (ACOR Stock Report) has also begun climbing during the first few weeks of October. Whether or not that continues might have to do with how the company navigates some recent developments that came to light. While there hasn’t been any related press, something else surfaced at the end of September. This was an update on a Government Contract with the Department of Veterans Affairs* signed on Sam. gov on the 24th for “pharmaceutical preparation manufacturing”.

Since then, ACOR stock has been on the move. In fact, even after consolidating a bit after the initial late-September spike, ACOR has held strong in a 4-day uptrend to start October. Again, the information appears as public info on a government website. Yet the development hasn’t been reported on by the company itself. One of the other developments that hasn’t been announced but revealed in a filing was the departure of Steven Rauscher, a member of Acorda’s Board. He was an independent director and member of the Audit Committee and Chair of the Compliance Committee.

[Read More] What Are The Best Penny Stocks Under $4.50? 5 To Watch In October

So, while there are a few things that have come up but haven’t been commented on (yet) by the company, the market waits & speculates. Meanwhile, we’ve got analysts making their bets on ACOR as well. The most recent comes from Jefferies who’ve given Acorda a Hold rating and $1 price target.

Penny Stocks To Hold [according to analysts]: Houghton Mifflin Harcourt

Houghton Mifflin Harcourt (HMHC Stock Report) has been a company we’ve followed for months now. We’ve seen it rally big and pull back as well. Recently, however, HMHC stock has held a consistent uptrend during October. We discussed the company over the weekend as one to watch this week after several key developments that happened recently.

The main focus has been on Houghton’s eLearning platform. The company’s Teacher’s Corner is its remote education product allowing the company to serve more than 50 million students and 3 million educators in 150 countries. The company’s recently launched “Family Room” offers an online space supporting different environments for teaching.

Something else to note is that we’re far from out of the woods with coronavirus right now. Parts of the UK have already begun experiencing another wave of the virus. Additionally, New York City just closed 100 public schools in coronavirus hot spots this month. This move was part of Mayor Bill de Blasio’s bid to bring back restrictions on dining and more in some of the city’s boroughs. In light of this, we’re seeing a lot more interest in online education technology stocks including HMHC.

Where do analysts sit with Houghton? Most are relatively neutral on the company right now. However, the most recent rating is an upgrade from Citigroup. The firm boosted its Sell rating to Neutral and upped its price target from $1 to $2.50 this week.

Penny Stocks To Buy [according to analysts]: Trevena

Trevena (TRVN Stock Report) has been on the list of penny stocks to watch since the summer. We first picked up on it after the company entered a collaboration deal with Imperial College London to evaluate the potential of TRV027. The treatment fell right into the coronavirus conversation. TRV027 is Trevena’s drug candidate to treat acute lung injury that contributes to acute respiratory distress syndrome in COVID-19 patients.

As we’ve seen, COVID-19 has caused the focus for investors to target biotech penny stocks. However, it has also opened the eyes of these new investors to the other pipeline treatments many of them have. Trevena is no exception. As discussed yesterday, the company’s OLINVYK is also a point of focus for traders recently. Trevena had 3 presentations at the ANESTHESIOLOGY® 2020 conference. It was held from October 2nd through tomorrow where Trevena’s presentations would discuss new analysis on data from its OLINVYK Phase 3 program.

What do analysts think about the company? The most recent analysts to initiate coverage was Guggenheim in mid-September. The firm issued a Buy rating on the stock along with a $5 price target. Obviously, this week’s presentations could open the door to risk if results or commentary isn’t what the market was looking for. Needless to say, this is where analysts currently stand. Do you agree or disagree?

Penny Stocks To Buy [according to analysts]: Opko Health

Shares of Opko Health (OPK Stock Report) have been racing higher for the last 2.5 weeks. While it’s been in an overall bull trend most of the year, the penny stock saw an aggressive pullback in August. This was thanks to rumored reports that the tests given to some NFL players recorded a false negative. Needless to say, as September began, OPK stock held a sideways trend until right around September 21st. This is when the volume began to spike a bit and Opko shares started posting higher lows on the chart.

Fast-forward to this month and OPK stock has now bounced by more than 40%. Opko’s flagship drug is RAYALDEE. Since the drug was launched, more than 20,000 patients have been prescribed it by over 3,200 doctors. In addition, the company is working on getting approval to sell this drug in Europe.

RAYALDEE is a vitamin D drug that has been approved to treat different kidney disease. The company said it’s now testing it to treat mild to moderate COVID-19 in a Phase 2 study. Thanks to attention on vitamin D from major figureheads in the COVID arena like Dr. Anthony Fauci advocating for the vitamin, OPK, and others have become a focus.

Where do analysts stand on OPK stock? The most recent rating comes from Barrington Research who gave the stock a Buy rating. Furthermore, Piper Sandler came out with a price target boost from $6 to $10, in July. 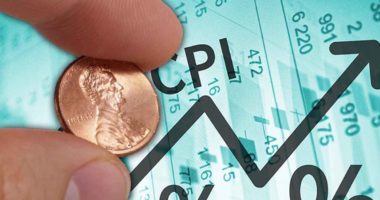 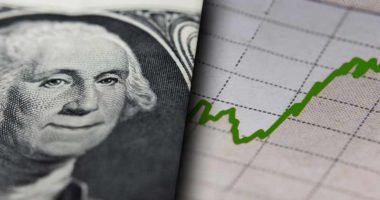 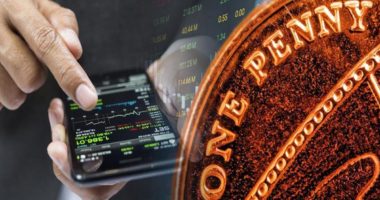 Making a list of penny stocks to watch in October? Here’s three to check out 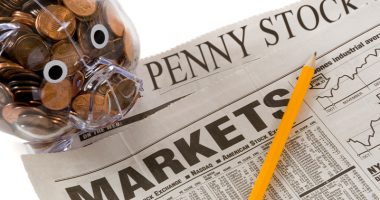