Tweet Sends Markets Lower But Not These 4 Penny Stocks

If you were paying attention to the stock market today, you would’ve seen the late afternoon sell-off. This took penny stocks and blue chips alike, lower. The apparent catalyst came in the wake of already heightened tensions stemming from stimulus talks. Both sides of the aisle haven’t come to a firm agreement on moving forward. In a heated mix of public statements and Tweets, the market was left with one thing to speculate on: What happens now?

While there’s plenty of political debate on the topic, the market tends to react erratically in the face of uncertain situations. Based on the Tweetstorm from late in the afternoon, President Trump had said he is rejecting the current bailout request. He also stated that representatives were instructed to stop negotiating until after the election.

This has lead to much more speculation than anything in the stock market today. Major exchanges contracted from earlier gains giving back Monday’s entire move and then some. This also translated to individual penny stocks. Most sectors took the development in a bearish light with shares dropping heavily during Tuesday’s late-afternoon session. We also saw many of the pre-market penny stocks that took off today come back strongly.

It also brought certain speculative sector stocks down as well. One of the main niche sectors that were benefiting from optimism on an approved stimulus plan was the cannabis industry. Companies like Tilray (TLRY Stock Report), Aphria (APHA Stock Report), and even Cronos Group (CRON Stock Report) reached or came within striking distance of penny stock territory.

[Read More] Aurora Cannabis: One Of The Penny Stocks To Watch In 2020?

Certain verbiage in the proposed stimulus had parts related to the SAFE Banking Act. Among other things, it’s designed to “increase public safety by ensuring access to financial services to cannabis-related legitimate businesses and service providers and reducing the amount of cash at such businesses.” With that seemingly not in the purview of recent events, we’re seeing a negative market reaction, obviously.

But it wasn’t just marijuana penny stocks catching the brunt of Tuesday’s Tweets. We’ve also seen plenty of the epicenter penny stocks getting hit by selling pressure on fears of slower economic recovery. Party City (PRTY Stock Report), for example, has been sliding for a few weeks now. However, late in the afternoon session, the otherwise sideways trading day was abruptly impacted resulting in a rapid selloff. This took PRTY stock down from around $2.70 to a closing low of the day at $2.51.

There were also plenty of energy and biotech penny stocks that took a rip lower this afternoon. With these events transpiring so close to the closing bell, there’s going to be a lot to digest overnight. One thing we did notice, however, is a few penny stocks that didn’t slow down. They also didn’t experience much of any dip by the end of the session either.

Penny Stocks Rally In Wake Of Market Sell Off

As is the case with plenty of penny stocks, many tend to trade on their own accord. That was clearly demonstrated by at least two penny stocks at the end of the day on Tuesday. Shares of a monitoring sensor provider, Electro-Sensors Inc. (ELSE Stock Report) surged even greater in the afternoon session. The penny stock had seen a strong move higher during most of the Tuesday session.

However, around 2:30 PM EST ELSE stock volume exploded and compounded even stronger thereafter right into the close. The company didn’t release any news nor has it put out any filings. But we might be seeing speculation and sympathy momentum stemming from today’s earlier PPSI breakout. With traders looking for low float penny stocks, ELSE surely stands in line with an outstanding share count below 5 million shares.

The Company also provides project engineering services in the supply, delivery, and installation of power cables. APWC stock caught an initial pop toward the end of September along with other power- and energy-related names. Tuesday, shares of APWC stock moved over 100% from the opening bell. A modest move compared to ELSE’s 151%.

There were plenty of other penny stocks that you can search for that closed “green”. However, ELSE and APWC were two that did so on the way up. The biggest question with these that I have is what’s next? Neither put out news and sympathy speculation alone hasn’t had the best track record for multi-day follow through.

Are Hurricane Stocks A Thing?

When you come across companies without news or filings and that haven’t actively traded in a while, looking for catalysts is helpful. Something else we can see is that infrastructure stocks are also building momentum. I’m not talking about only energy stocks though that has been the trend. Infrastructure penny stocks are now becoming “hurricane stocks” in light of Hurricane Delta rapidly approaching the Gulf.

[Read More] What Are The Best Penny Stocks Under $4.50? 5 To Watch In October

Hill International Inc. (HIL Stock Report) and RCM Technologies Inc. (RCMT Stock Report) were among those experiencing strong moves into the close on Tuesday. Hill is a project management company while RCM is an engineering firm. Both of these penny stocks continued higher during after hours trading on October 6th.

Unlike most of the other “sympathy trades” listed above, Hill actually had a bit of news to reference. This morning, the company reported that it would provide project management for a Cairo University project. However, the bigger focus might stem from more niche speculation than anything else.

With Delta going from a Tropical Storm to Category 4 Hurricane in 24 hours, there could be a lot more speculation on “hurricane stocks” this week as well. Again, keep in mind, sympathy trades, alone pose a high risk/reward scenario. 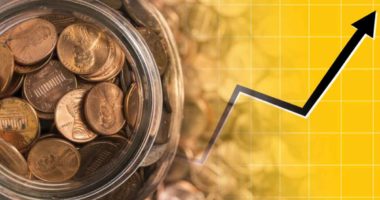 Analysts say these penny stocks are a buy right now & have bullish price targets to boot. 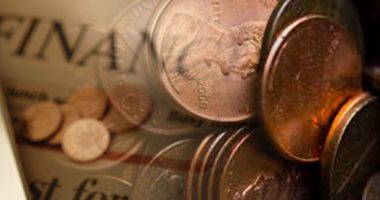 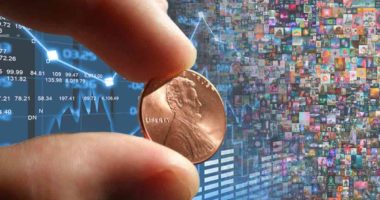 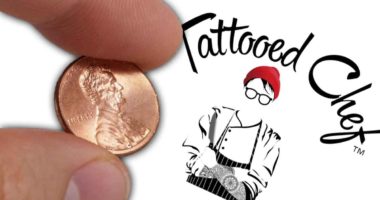 Will TTCF stock become a penny stock in 2022?