Penny Stocks to Watch In September 2020

Normally, penny stocks are thought of as short-term trades. However, as we’ve come to find this year, that isn’t always the case. These cheap stocks can go on to move higher for weeks or even months. While the general tone is “capitalize in the short-term,” there’s no denying the fact that some stocks show strong trends than others. But how do you find the best penny stocks to buy today that could show potential for swing trades? A lot of that has to do with identifying strong chart trends as well as researching the company to track milestones.

Let’s say you’ve got a certain company that is breaking out hundreds of percentage points out of nowhere. That could be a move based on short interest, speculation, sympathy, or other factors. But without a clear, company-related catalyst, it’s hard to trust the move in many cases. Today alone we talked about different penny stocks to buy or avoid. I’ll preface this with the fact that we don’t just write articles on stocks that could break out.

We’ll also discuss certain scenarios where shares can break down. In this case, PLIN was one of the hot penny stocks during premarket today. The company reported some bigger news. But something we saw was that it had a history of “fakeouts”. Simply put, even on news days, shares ended up breaking down.

In understanding this, PLIN stock, in fact, ended up breaking down completely after the opening bell. I bring this up because it’s important to observe chart trends just as well as fundamentals when looking at penny stocks. In light of this, here are a few charts to take a closer look at right now. Based on the idea of identifying trends, will these be on your penny stocks list this month?

Party City Holdco Inc. (PRTY Stock Report) has become a fan favorite this year. Despite having dropped in March, Q2 and 3 have been strong. What’s more, PRTY stock has consistently moved higher. Unlike many of the penny stocks we saw experience parabolic moves, PRTY’s trend has been much more steady. Needless to say, that’s been another reason PRTY stock has been on our list of penny stocks to watch since May 26th. At the time, shares traded around $0.70 believe it or not. At the time Party City was contemplating a reverse stock split. On top of that the company was jockeying for position in a rapidly changing retail environment.

Over the last few months, we’ve seen a growing trend in retail evolution. This includes a shift from brick-and-mortar to brick-and-click business models. The companies that’ve managed to implement this strategy seem to have weathered this pandemic storm much better. Compared to the countless other brick and mortar companies filing for bankruptcy, Party City has stayed the course. On top of that, it hasn’t had to effect a reverse stock split (for now).

This week, PRTY stock is back, testing Q3 highs. During the morning session, shares reached $2.90l; 8 cents shy of that Q3 high. October tends to be the busy season for the company heading into Halloween. In light of this, the company has promoted a “You Boo You” marketing initiative. The focus is on “celebrating safely and easily” while still enjoying the holiday. Adding to the momentum, the company recently added Jennifer Fleiss and Joel Alsfine to its Board. Fleiss was a co-founder of Rent the Runway, a wildly successful clothing rental company. Alsfine brings extensive capital markets experience. Will this trend continue through September?

iBio Inc. (IBIO Stock Report) is another one of the penny stocks we’ve discussed in the past. While it has pulled back from its highs in July, overall, the trend has remained relatively bullish this year. If you look at the IBIO stock chart, you’ll see that along the way, shares experienced two clear spikes before coming back to “higher lows” compared to before the spike. Year-to-date, iBio stock is up over 700%. Is it a highly volatile penny stock, yes, but understanding the chart has been key.

The company’s main focus has been advancing its COVID-19 treatment. Earlier this month iBio announced that it selected IBIO-201, its LicKM™-ubunit vaccine, as its leading candidate for the prevention of SARS-CoV-2 infection. The company has other candidates like its IBIO-200, however, the company determined that IBIO-201 produced a better result than IBIO-200.

Trevena Inc. (TRVN Stock Report) is a company we’ve followed since June 2nd. At the time TRVN stock traded around $1.40 wherein we watched it climb to highs of $3.668 by August 10th. The move came in light of the company’s drug portfolio progress. Initially, attention came from its TRV027 COVID-19 advancements.

Trevena began collaborating with Imperial College London to evaluate the treatment potential of TRV027 for acute lung injury in COVID patients. Fast-forward to August and the company confirmed FDA approval for another treatment candidate. This time it was for its OLINVYK injection for pain management.

Shares dropped after the announcement of a public offering. However, once the market finally digested the price of the offering and details, TRVN stock continued its bullish trend. This week, the penny stock has reached highs of $2.32. The move follows an analyst upgrade from Guggenheim. The firm initiated coverage on Trevena with a Buy rating and $5 price target.

This week and next week, the company is presenting at several industry conferences. The next presentation comes on Thursday at the Cantor Fitzgerald Virtual Healthcare Conference followed by the Oppenheimer Conference next Wednesday. Aside from the pullback after announcing its offering, the overall trend since the start of Q2 has clearly been bullish. Will that continue amid this latest conference circuit?

Shares of Sesen Bio Inc. (SESN Stock Report) have also been battling back over the last 6 months. It reached a new 52-week low in March as the entire market sold off. Since then, SESN stock has managed to recover by as much as 229%. The penny stock reached highs of $1.22 at the end of July and had been consolidating for most of August. Now, in September, SESN stock has begun climbing once again, continuing the overall trend that began in March.

What has happened recently with Sesen Bio? This week the company gave a business update at the H.C. Wainwright Global Investment Conference. Earlier this quarter, the company announced entry into an exclusive licensing agreement with Qilu Pharmaceutical. The deal is for the manufacture, development, and commercialization of Vicineum for the treatment of BCG-unresponsive non-muscle-invasive bladder cancer. It also focuses on other types of cancer and targets markets in China, Hong Kong, Macau, and Taiwan.

In its Q2 update, Sesen highlighted the completion of manufacturing of the PPQ campaign drug substance batches at Fuji were on schedule. Specifically, upon completion, the drug substance will be shipped to Baxter to finish the process performance qualification – PPQ – campaign for its drug product. I mention this because Sesen said that this is anticipated to be completed this month. “Comparability data from the PPQ campaign for drug substance and drug product are the last material deliverables before submitting the BLA in the fourth quarter of 2020.”

In consideration of these proposed and potentially near-term milestones, will SESN be on your penny stocks list this month?

Zosano Pharma Corp. (ZSAN Stock Report) has a similar chart set-up as SESN to some extent. The penny stock enjoyed a strong move from March to August, consolidated for a bit, and now seems to have begun its ascent again. Can this latest uptrend continue? There are a few things to take into consideration. The penny stock had reached a new 52 week low in February when we first began looking into it.

The main focus recently has been on Zosano’s Qtrypta. It’s a microneedle patch being developed for migraine treatment. Qtrypta was also in focus as a potential use in COVID-19. Zosano wrote on its website that “Zosano is eager to rise to the challenge of responding to the COVID crisis by collaborating with vaccine developers to provide the first microneedle vaccine for at home application.”

The company’s shares dipped following the announcement of a $20.4 million offering earlier this month. But the bright side is that it now has cash ready to deploy. Also, keep in mind that Zosano entered into a feasibility study agreement with Mitsubishi Tanabe Pharma Corporation back in August. Mitsubishi is a global pharmaceutical company that develops and commercializes different types of therapies. 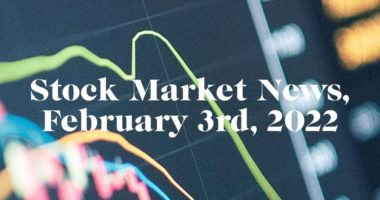 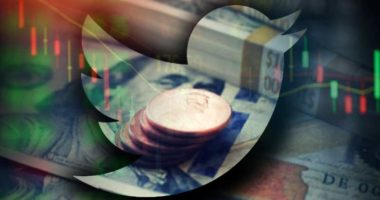 While Market’s Sell Off, These Penny Stocks Made New Highs 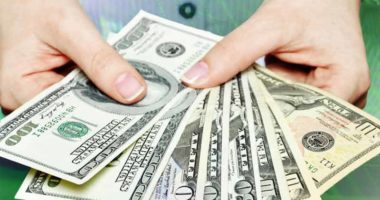 These Penny Stocks Are On A Roll In June 2020 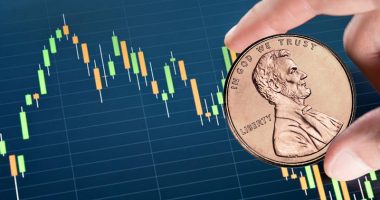