Are New Highs Coming For These Penny Stocks?

This week, penny stocks are experiencing a big surge of interest. Whether or not it has something to do with the massive IPOs is a question for another time. The Snowflake IPO, for example, has become one of the biggest tech IPOs in history. While it definitely captivated attention on Wednesday, I don’t think it had a direct impact on some of the big momentum myriad stocks under $5 saw. Regardless of the fact, big events like this tend to get investors excited after periods of slower trading action. Earlier in September, we definitely saw a bit of a slowdown in trading. Then heading into the holiday weekend, markets cooled down a bit more.

It might have had something to do with the consolidation that the tech sector experienced. Whatever the case may have been, small-cap stocks are ramping up yet again. This week, we’ve seen countless penny stocks trading with much higher volumes as well. Furthermore, the last few weeks have been very active weeks for investor conferences too.

This week alone there were more than a handful that saw hundreds of companies in attendance. There were likely even more investors watching as well. What things like the Snowflake IPO do is bring excitement back to the market. The FOMO generated from seeing that IPO explode the way it has, almost forces traders to find ways of benefiting from sympathy momentum in some cases.

Considering that penny stocks on Robinhood have become incredibly popular this year, it’s worth noting. Now, these names aren’t limited to that broker. However, by the look of the community members discussing these, it might not be a bad idea to at least take a quick look. So with the small-cap market seemingly back in motion, will these penny stocks continue to make new highs in September, or is it time to sell?

Heat Biologics Inc. (HTBX Stock Report) has been trying to find its footing for the last few weeks. After exploding to highs of $4.30 back in July, the pullback since then has been a slow drip back to levels HTBX stock traded at before the parabolic move. What triggered that breakout in the first place? The move triggered just after the company announced dosing its first patient in a first-in-human clinical trial of PTX-35, Heat’s T-cell therapy.

Fast-forward to this month and Heat has been holding more of a sideways trend at similar levels to early June. Earlier this month the company won a U.S. patent. It covers parts of Heat’s gp96 platform in combination with T-cell costimulatory agonist in a single therapy. This week things began to heat up again for the company.

A lot of companies dealing with cancer treatments were in the spotlight. This followed the multi-billion dollar acquisition of Immunomedics by Gilead over the weekend. Generally speaking, many companies developing things like T-cell treatments have gotten some extra attention. Whether or not that sentiment has just begun impacting HTBX stock is yet to be seen. However, shares have jumped nearly 20% during the Wednesday session with volume well-above average. Aside from this, and even with HTBX hitting a new September high, it’s still far off of its Q3 highs.

Uranium Energy Corp. (UEC Stock Report) is one of the energy stocks to watch this quarter. The company focuses on mining for uranium. It operates in Texas, Wyoming, Arizona, New Mexico, Colorado and Paraguay. If you haven’t paid attention recently, there’s been a growing focus on uranium stocks. The U.S. Department of Commerce obtained a Russian deal to extend certain limits on uranium imports into the U.S. The deal extends the import of uranium from Russia to the U.S. through 2040. This move essentially reduces dependence on Russian natural uranium concentrates.

UEC Chairman and Former U.S. Energy Secretary, Spencer Abraham, stated: “The DOC should be commended for their work to limit Russian imports, while balancing the interests of the U.S. nuclear utility consumers and the domestic uranium fuel cycle industries. This milestone will set the stage for growth and opportunity in the domestic uranium mining industry.  Most importantly, the amendment protects our national security interests by avoiding an over-reliance on Russian nuclear fuel for our nuclear generating stations that provide 20% of America’s electricity and about 55% of our carbon-free energy.”

The Department of Commerce is seeking to finalize an amendment to the RSA no later than October 5, 2020. At that time it will go into effect and become binding on the U.S. and Russia. As UEC marks new 2020 highs, will the trend remain strong or is UEC stock set for a pullback?

Ampio Pharmaceuticals Inc. (AMPE Stock Report) is one of the penny stocks under $1 we’ve followed since the start of Q2. Since then AMPE stock has not only been explosive in the market, after consolidating in late August, shares have begun trading higher this month. Like most biotech penny stocks, Ampio has worked to develop a COVID-19 treatment. The main focus is on the company’s drug, Ampion with the goal of testing effectiveness against inflammation associated with the virus.

This week the company highlighted its Phase 1 coronavirus patient trial results. However, it wasn’t just a highlight in a press release. The company’s founder as well as the lead investor in the trial were interviewed on a Fox News affiliate station in Colorado. The segment was titled, “Colorado Drug shows promise against COVID-19.”

This momentum came just days after Ampio formally released press discussing results from its Ampion treatment on COVID-19 patients. The study met its primary endpoint for the safety and tolerability of IV Ampion treatment. There were also no major differences in the “incidence, frequency, and severity of adverse events” between IV Ampion and standard of care. Furthermore, all patients treated with IV Ampion improved after treatment.

“We believe Ampion may be effective in interrupting the inflammatory cascade associated with COVID-19 and improving the clinical course and outcome in patients treated with Ampion.”

Almaden Minerals Ltd. (AAU Stock Report) joins the list of mining stocks to watch this year. Unlike things like gold stocks, for instance, Almaden focuses on more than just one precious metal. The company owns 100% of the Ixtaca project in Puebla State, Mexico, also subject to a 2.0% NSR royalty held by Almadex Minerals Ltd. September has become a pivotal month for AAU stock. Early on, Almaden reported on a court decision in respect of an “incident” that was filed by the company’s Mexican subsidiary in February. In its recent decision, the Court dismissed the “incident”.

This week, the company announced exploration plans at its Ixtaca Property. The company intends to continue its exploration in the area of its project. J. Duane Poliquin, Chairman of Almaden, stated, “We believe that with the Ixtaca discovery, we identified a new epithermal district in Mexico. We are excited to return to early stage discovery efforts on this property. It will also be gratifying to work once again with members of the local communities as field activities will again provide some local employment opportunities as they ramp up over time, opportunities which are sorely needed in the area.”

Shares reached fresh 52-week highs on Wednesday. AAU stock also broke above $1 for the first time since January of 2018. Will this mark the next leg of its uptrend or is AAU setting up for a sell-off? The mining stock is up over 110% during the third quarter alone, so far. 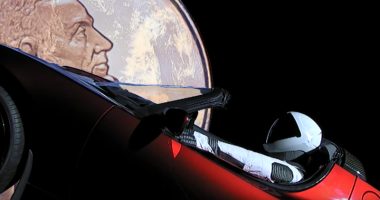 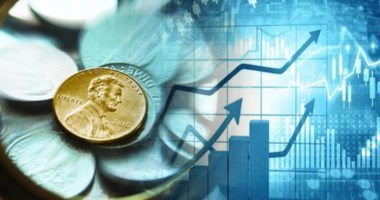 Can these three penny stocks continue to make gains? 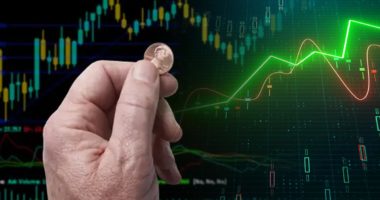 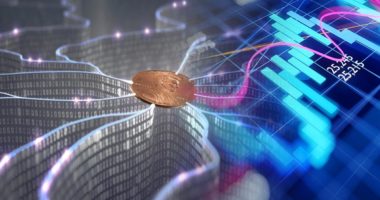