What Are The Best Penny Stocks To Buy Now? 4 Names To Know

Are These Penny Stocks To Buy Now Or Wait?

If you’re looking for cheap stocks to buy now, penny stocks are probably the first thing that comes to mind. These are shares of companies that trade publicly below $5 per share. While some penny stocks under 10 cents, for example, are thought of as “higher risk”, it doesn’t discount the fact that all penny stocks carry some inherently higher risk. But you’re here because you have already addressed that before checking out these cheap stocks, right?

This was a short week but feels like one of the longest so far. The stock market has become increasingly volatile as the 2020 election approaches. Future uncertainty, continued stress of a stimulus deal and heightened levels of financial confusion are all leading more risk in the stock market today.

One of the best ways to weather the storm right now is through trading stocks. There’ve been plenty of investors who’ve taken long positions in stocks this year and, so far, that might have paid off from March to the start of September. But what we’re seeing now has some investors uncertain of what’s to come.

Trading Versus Investing In Penny Stocks

In light of this, the trading mentality is strong and with countless penny stocks making huge moves on a daily level, the prospects are plentiful. It’s important, however, to keep in mind that you’re trading and not looking to invest in penny stocks experiencing these short term breakouts. Is this to say that all penny stocks are bad investments, no. But as a general rule of thumb, the initial focus is trading, first, then if a stronger trend forms, you might take up a different strategy.

Look at some of the popular penny stocks being talked about right now. There are some very different outcomes as you’ll see. For example, comparing KODK and JCPNQ, while both have pulled back, the charts look very different. My point is to simply take each opportunity as a unique situation. No two trades are absolutely identical. Some last longer than others. With this in mind, are any of these high volume penny stocks on your list right now?

Castor Maritime Inc. (CTRM Stock Report) has spent the last few weeks trying to battle back from its 52-week lows. This week was business as usual until Friday. This is when the company reported its three and six-month results for 2020. The company crushed on EPS. During the same period last year, Castor reported an EPS loss of $0.47. This year the company reported an EPS loss of $0.01. The company also saw year over year sales jump from under $1 last year to over $2.5 million during the same period this year.

Castor is a global shipping company specializing in dry bulk vessels. In this sector, you’ll see companies jockeying for a position through vessel acquisition. This, obviously, takes money to accomplish. In late-June Castor reported that it conducted an upsized, multi-million dollar offering at $0.35 per share. The company also announced an additional offering for $17.3 million in July. Obviously, large dilution risk becomes a factor in cases such as these. But at the end of the day, companies go public to raise money.

In light of these raises, Castor has also moved forward with a few vessel acquisitions too. The company acquired a 2007 Chinese-built Panamax dry bulk carrier for $7.9 million. The company took delivery of the vessel earlier this month through one of its subsidiaries. It also inked a deal for a 2010 Japan-built Panamax dry bulk carrier for about $12.8 million. Will CTRM stock manage to finally turn things around in the market after this latest milestone earnings report?

Pacific Ethanol Inc. (PEIX Stock Report) has become a frequent feature on our lists of penny stocks to watch. That’s for good reason too in my opinion. If you look at the PEIX stock chart, you’ll likely understand why. Also, if you’re just tuning in, we first started tracking this company in December of 2019. Since then, PEIX stock has rallied from around $0.60 to highs of over $5.30 this year. On Friday, shares are trading around the higher end of the penny stock range. This continues Pacific’s massive uptrend that it has experienced this year.

Pacific owns and operates several ethanol production facilities across Western and Midwestern United States. Excitement seems to have been building ever since the company announced expansion of its high quality alcohol production by 30 million gallons per year. What upped the momentum was Pacific’s release of Q2 earnings results in August.

The company reported better than expected results for the quarter beating on both EPS and Sales. Wall Street anticipated an EPS loss of $0.20 but Pacific came in with an EPS gain of $0.27. Adjusted EBITDA also experienced a strong increase. Compared to the same quarter last year – $7.2 million – Q2 2020 saw this figure come in at $28.8 million. Heading into next week, speculation might’ve started building as Pacific is set to present at the H.C. Wainwright’s Global Investment Conference next Tuesday.

Epicenter stocks, reopening stocks, whatever you call them, have become a bigger focus lately. What are epicenter stocks? These are shares of companies that were pummeled during the early days of coronavirus but could stand to benefit from reopening efforts. Cemex S.A.B. de CV (CX Stock Report) is the largest ready0mix concrete companies in the world. The company sells tens of millions of tons of cement, ready mix, and aggregates per year. With a footprint in Europe, Mexico, South America, the Caribbean, Asia, the US, Middle East, and Africa, CX casts a wide net.

Since March, CX stock has been on the rise but the last 2 days have been some of the biggest. Thursday saw CX stock open at $3.20 with a run that continues to make new 6 month highs. This week the comapny reported that it sees volumes recovering with demand picking up in July and August. Prices are also rising according to Fernando A Gonzalez, Cemex’s CEO. He also expects Q3 EBITDA climbing 12%. to roughly $700 million.

On Friday, Cemex revealed its 3-year “Operation Resilience” plan. The company is implementing a 2020 cost reduction target of $280 million while. It’s also targeting a consolidated EBITDA margin of at least 20%. It will look to streamline its portfolio through strategic divestments; construct a portfolio more weighted towards the US and Europe; improve capital structure and target net leverage of at least 3.0X by 2023. Are new highs in store heading into the rest of Q3?

Similar to Pacific Ethanol, Fortress Biotech Inc. (FBIO Stock Report) has been no stranger to a list of penny stocks to trade (or fade). We discussed the company on Thursday as it pushed to new 52-week highs after the company announced an upcoming conference schedule. If there’s been one consistency among a few biotech penny stocks, it’s been bullish momentum stemming from upcoming presentations.

Fortress focuses on acquiring and developing pharmaceutical products to take into commercialization. Much of its successes have stemmed from its partnership companies. Since May, FBIO stock has been on the radar as shares have climbed from around $2.30 to highs this month of $4.46 so far. Considering these upcoming conferences and the hype fueling biotech penny stocks with FBIO be on your list this month? 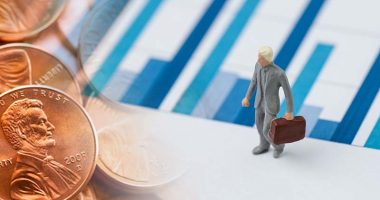 Are These Hot Penny Stocks On Your Wathc List Right Now? 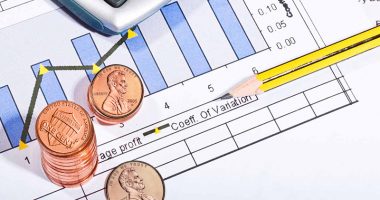 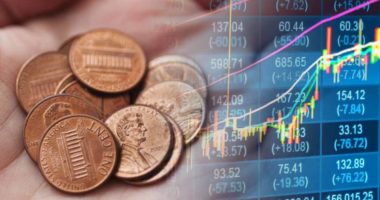 Here’s what you need to know about trading penny stocks 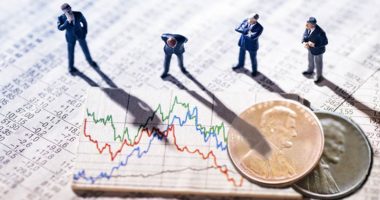