What Are The Best Penny Stocks To Buy Right Now? 3 Up Big In Q2

Looking For Penny Stocks To Buy? Have You Researched These Companies?

If there’s one thing to consider when it comes to penny stocks, it’s your risk/reward. Is your time (and money) better spent doing a bit more research or jumping blindly into a high-action stock? Both options have their pros and cons. However, if you have no clue what you’re investing in, high action penny stocks can come back to bite you.

We’ve seen plenty of stocks under $5 produce 100 and even 1,000%+ moves in the stock market. But those moves haven’t come without stress. If you look at some of the most active penny stocks this quarter, you’ll see that the overall move was up. But, in most cases, that didn’t come without weeks of very volatile seesaw activity.

What’s my point? If you’re not good with high speculation, high volatility, high-risk stocks, you might want to spend a bit more time on research. Look for names that have some consistency in the market, few parabolic moves, and a sound foundation of progress. While penny stock news is a generally good gauge of what companies are doing, you’ll also want to keep track of filings.

These will essentially give you the raw data that doesn’t get “prettied up” in a press release. Let me tell you when it comes to things like biotech penny stocks, the filings reveal to hard numbers that might otherwise receive a positive spin in a press release. So if you find some penny stocks you want to add to your list, take time, do some DD, then decide if they’re the best penny stocks to buy or avoid.

If you remember when we first started to look at the company, XpresSpa Group Inc. (XSPA Stock Report) was just coming off of its 52-week lows. This was the time when XSPA stock was benefiting from COVID speculation. At the time it seemed like an off the wall idea but XpresSpa was moving to offer testing through its airport locations. Words like “high-level talks” in the world of penny stocks tend to not carry much weight initially. As emerging companies, “high-level” essentially leaves room to wiggle in case the idea doesn’t come to fruition. Well, fast-forward to this month and XpresSpa has begun to line up deals for its “XpresTest” service.

On June 5th, the company announced that it has partnered with HyperPointe in connection with, XpresCheck. This is XpresSpa’s newly formed business unit that will provide COVID-19 screening and testing in U.S. airports.

Based on the development of the partnership with HyperPointe, the Company has decided not to move forward with any further engagements with Relevant Cost Containment Healthcare® and Healthalytica, LLC. XpresCheck has begun construction and intends to start a pilot program at New York’s John F. Kennedy International Airport Terminal 4 by the end of June. It will be offering testing for airline employees, contractors and workers, airport concessionaires and their employees, TSA officers, and U.S. Customs and Border Protection agents.

While shares have pulled back from Friday’s high, XSPA stock continues to trade above $2 on June 8th. This is still 400% higher than where it was when we began covering the penny stock in March. Will it continue higher or has XSPA stock reached “the top”.

Shares of Zomedica Pharmaceuticals (ZOM Stock Report) have been in a steady uptrend since dipping in late-May. This was when the company announced a $20 million public offering at $0.15 per share. An event like that is important to take into account especially if you’re trading penny stocks.

I don’t care how “great” a company is or how “amazing” you think a penny stock is, offerings can quickly adjust market prices. The long and short of it is that companies go public to raise money and hopefully grow their businesses. Most financiers want optimal deal structure. Many times that involves discounted shares in exchange for millions of dollars.

In the case of ZOM stock, we saw exactly what a discounted offering can do for penny stocks. When the raise was announced, the market essentially “re-set” to the level that the raise was done at. But since then, ZOM stock has steadily climbed back to highs of $0.20 this week.

For you technical traders, this level was previous support before the dip. You might consider this a possible “gap fill” where shares have reclaimed most of what was lost in May. Last week we put this on the list of penny stocks to watch under $3.50 after an article from the USDA highlighted that COVID-19 can spread the virus to animals during close contact. This week ZOM stock continued its trend now breaking to new June highs.

I’m talking about the 200-day moving average. The last time APHA stock broke above the 200MA was April of last year. However, it was unable to sustain gains above that level. Will that be the same outcome this time around? That’s still to be seen.

The analyst said he favors Aphria and Aurora. The two companies had “the industry’s higher B2B recreational sales in the March quarter,” he wrote. Aurora is well ahead of peers in domestic medical sales too, said the note. Furthermore, Aphria stock begins trading on the NASDAQ this week. No other changes will be made as far as its symbol is concerned. However, it doesn’t seem to have hurt momentum in the stock market today either. Will it continue through the supposed “June gloom” period the stock market usually sees this time of year? 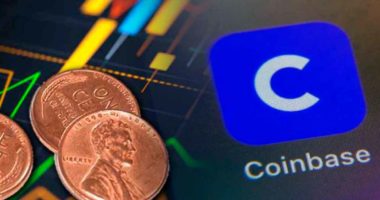 Which Penny Stocks are Investors Watching as Coinbase Goes Public? 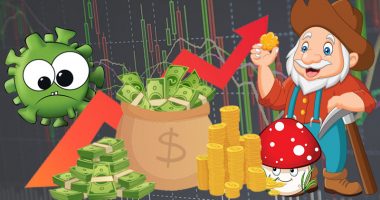 Penny Stocks Trading Under $1; Are They On Your List This Month?… 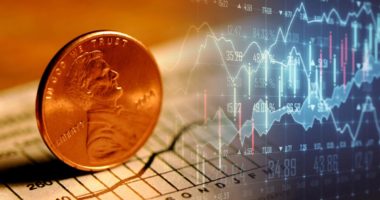 Are these top penny stocks to watch on your list in September? 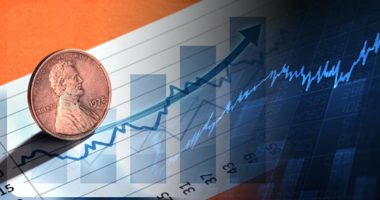