Penny Stocks To Buy vs Blue Chips; Where Do You Stand On These 3?

Which Of These Is One Of The Better Penny Stocks To Buy Now?

Are certain penny stocks a better buy than others? When it comes down to it, the simple answer is yes. However, it’s important to remember that just because certain stocks are trending, they might not be the best penny stocks to buy. The important thing to remember is that you’ve got choices. While there may be several hot penny stocks today, there are plenty of “quiet creepers” on the rise.

Here’s what I mean. You’ll have the flavors of the day, right? These are the small-cap and micro-cap stocks that are captivating the Twittersphere with hyped up posts. While this might be exciting and get your blood pumping, it might not be great for your personal strategy. If you’re day trading penny stocks, it’s one thing.

But if you’re a swing trader or looking to invest in penny stocks, these “flavors of the day” might not be “healthy” for your portfolio. It’s hard to buy high volume penny stocks and not pay attention to them for a day, let alone a few hours. This is where the argument comes into play about what’s a better buy: penny stocks or blue chips.

What are blue chip stocks? These are the major market movers like Apple or Google that have a direct impact on the direction of broader markets. These include the Dow Jones, S&P 500, and NASDAQ. Since blue-chip stocks are no longer solely evaluated by price, “blue chip” standards are up for debate. However, blue-chip companies usually need a market capitalization of $5 billion or more.

I see this a lot, especially with new traders. They get into these high flyers looking to take advantage of the hype. But at the end of the day, some of these penny stocks only jump in the short term because of a basic news catalyst or maybe an insider buy, for example. At the end of the day, your goal is to make money with penny stocks. It isn’t to get excited to buy shares of something you’ll ultimately lose money on. So, keep this in mind when you’re sifting through penny stocks to add to your list.

Shiloh Industries Inc. (SHLO Stock Report) is one of the highest volume penny stocks in the market today. The company has faced serious headwinds over the last few weeks. From the time it reached Q3 highs of $2.35, SHLO stock dropped as low as $0.26 by September 1st. What was behind the drop? While SHLO was steadily dropping, the biggest dip came after the company announced filing for Chapter 11 to facilitate an acquisition deal.

On Wednesday evening the company dropped some press that has translated into a positive move on Thursday. It also triggered a flood of buying, which showed a boost in volume to more than 47 million shares by 10AM EST. What did Shiloh announce? The company received approvals from the U.S. Bankruptcy Court for the District of Delaware for all of its “First Day” motions related to the voluntary Chapter 11 petitions filed on August 30th.

With this news, the momentum is obvious but is it strong enough to see SHLO continue the trend? One of the biggest things to be aware of is what has happened when news comes out. The last big move came, in my opinion, on speculation that suggested SHLO could be part of the EV stock movement. We’ll have to see if this approval translates into something more meaningful for the company. Where do you think SHLO will be by the end of the month? Comment “higher” or “lower” below.

Oncocyte Corp. (OCX Stock Report) is another one of the penny stocks that faced a wall of selling in August. After OCX stock reached a high of $2.03, it’s been mostly a downward move for the penny stock. While that was a good way to start August – a move from $1.35 to over $2 – it was fleeting. There wasn’t any news to suggest a reason for shares to jump. However, there were a slew of FORM 4 filings that showed insiders buying. But again, it was fleeting as we’ve come to find.

[Read More] Are These The Best Penny Stocks To Buy Today Or Avoid Entirely?

Much of the concern stemmed from the undertones from Oncocyte’s earnings in late July. It missed EPS estimates by a wider margin, for starters. In addition, aside form a few presentations, there haven’t been many new updates that inspired confidence in the market. So why is it trending on Thursday?

If you look at the newsfeed, you’ll see a new update that came out on September 3rd. The company announced a strategic collaboration to create a comprehensive solution for pharma clients from patient recruitment to regulatory approvals. Oncocyte and Guardian Research Network® will leverage joint capabilities and bring together Guardian’s clinical trial enrollment and data science technology with Oncocyte’s proprietary molecular tests.

This includes DetermaRx™ for early-stage lung cancer and DetermaIO™ for immunotherapy selection. According to the company, the collaboration is “designed to reduce the time to populate immune targeting trials while also improving chances for successful trials.” This saw the first, noticeably positive day in nearly a month. More than 1.9 million shares traded by mid-morning. Can this momentum continue and mark a turnaround for OCX stock in September?

We don’t normally discuss many OTC penny stocks due to lack of liquidity. However, Worksport Ltd. (WKSP Stock Report) has seen a very noticeable uptick in trading volume this month. The excitement around EV penny stocks is undeniable this year. With Nikola going public, Nio finally turning things around, and Tesla reaching historic highs, sympathy sentiment has played a big role. Worksport manufactures accessories for trucks. These include things like tonneau covers and other accessories. The company mainly serves customers in Canada and the United States.

So where does EV hype come into play? At the end of August, the company announced its TerraVis product. It’s a solar panel tonneau cover. Furthermore, the company entered into late-stage negotiations for TerraVis with a “U.S.-based Electric Truck manufacturer” that remained nameless. This week, Worksport announced entry into a $70 million OEM agreement for the product with a “U.S. -based Electric Truck manufacturer.”

The company said that “Additional information about the details surrounding specific terms of the agreement, including an official statement from the EV Truck manufacturer, are expected to be disclosed in mid-September”. But keep in mind that OTC penny stocks tend to hold higher levels of risk. Furthermore, there seems to be a lot of hype fueling momentum right now. So that will be something to keep in mind if WKSP is on your list of penny stocks to watch. It will be interesting to see what transpires and if this momentum can continue in September. Similar to Shiloh, comment below with where you think WKSP stock will be by the end of the month. 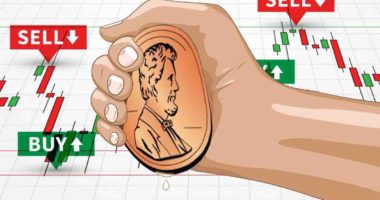 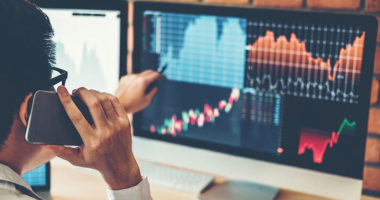 Analysts Rate These Penny Stocks A Buy; Do You? 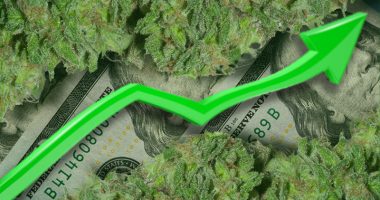 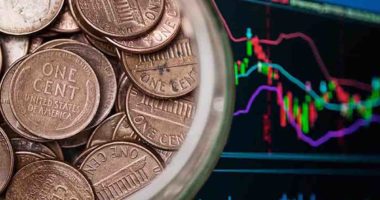