Will The Trend Continue For These Penny Stocks In September 2020?

We’re only 2 days into the month but it’s never too late for penny stocks to make new highs. Whether it’s monthly or 52-week highs, milestones like these can signify a changing tide. The case for some stocks under $5 can also support a boost in bullish sentiment as well.

However, it is important to understand that other factors should be kept in mind. These include things like any news, upcoming events, industry buzz, and other topics. Finding out if there are insiders buying shares or analysts releasing new ratings is another item to add to your checklist. Penny stocks can shift at a moment’s notice but that doesn’t mean there aren’t periods of prolonged gains.

In the case of some of these names on this list of penny stocks, their rallies have lasted for months. On the other hand, new highs at this stage of the month could indicate a rebound as well. You’ll see what I’m talking about when you continue reading below. Regardless, some penny stocks might react more directly with broader market sentiment. Others have tendencies to march to the beat of their own drums. Taking the time to understand how certain penny stocks trade can also become an asset in your arsenal of due diligence tools.

For example, there might be a big ETF in a certain industry, let’s say the cannabis industry. It might be widely circulated that this could bring new promise to certain stocks. But since you’ve watched how marijuana stocks trade, you might have said, “Well, the hype might be more than the risk that it’s worth,” so you wait on the sidelines instead of jumping into the supposed “rally”.

If that was you today, you’ve probably followed pot stocks long enough to know that this event alone isn’t quite enough to justify a complete turnaround in cannabis stocks. However, you could note this as a bullish factor while searching for another, a potentially stronger catalyst to come.

Anyway, my point is to understand the market, look for cues, then take time to observe trends before diving in blindly. With this in mind, let’s take a look at some penny stocks already making new September highs to see if they’re worth adding to a watch list.

Outlook Therapeutics Inc. (OTLK Stock Report) was one of the penny stocks to watch early on in August. Speculation was building around the company’s upcoming efficacy results from one of its studies. Time and time again we’ll focus on “upcoming” data. In many cases, the bullishness leading up to the data release can sometimes be more than what happens the day the data is released. What I mean by this is traders think or bet that the company releases favorable data. In the event that they’re correct, then there’s a higher likelihood of a bullish market response. But we can’t forget what happens in the event that data isn’t favorable.

This was the case for OTLK stock. During the last week of August, the company reported topline results of a comparative study of Outlook’s macular degeneration treatment. Based on the results, though the company found proof of concept for its ONS-5010, it wasn’t enough to support a bullish stance in the market. Specifically, the data from NORSE 1, showed no statistically significant safety or efficacy differences between Outlook’s Lytenava and Roche’s Lucentis.

Is there light at the end of the tunnel? In looking at OTLK stock late-Wednesday afternoon, it appears that the market thinks there could be. During power hour, shares spiked aggressively. By the time the closing bell rang, OTLK bounced back nearly 5% to a new September high. Could this trend mark a turnaround for the penny stock in September?

On a different note, Fortress Biotech Inc. (FBIO Stock Report) has been in a consistently strong uptrend for months. Wednesday saw the company’s stock making new 52-week and September highs of $4.18. One of the high points of Fortress Biotech is the company itself. Fortress focuses on acquiring and developing pharmaceutical products to take into commercialization.

The company has five marketed prescription pharmaceutical products and over 25 programs in development. It has further established partnerships with the likes of Alexion Pharmaceuticals, AstraZeneca, City of Hope, Fred Hutchinson Cancer Research Center, and others. The company has also founded biotech companies too.

One of these companies, Mustang Bio Inc. (MBIO Stock Report) turned some heads this week. The company announced that the U.S. FDA granted Orphan Drug Designation to MB-107. This is Mustang’s lentiviral gene therapy for the treatment of X-linked severe combined immunodeficiency; bubble boy disease.

Evogene Ltd. (EVGN Stock Report), like Fortress, has also enjoyed a great uptrend this quarter. During early August, shares of EVGN stock began to take off. The initial catalyst came from its latest round of earnings. Regardless of the actual results themselves, it seems to have been management’s comments that got the market excited. Specifically, these focused on the company’s recent shift in direction

CEO Ofer Haviv explained, “With this strategic change, we are aiming to apply our world-leading computational biology capabilities to important new market areas in human health and in agriculture. I would like to encourage you to read the press release the company issued regarding the strategic change and rebranding, which can be found on Evogene’s revised website. The Evogene group (consisting of Evogene and its subsidiaries) is continuing to make substantial progress towards its 2020 targets.”

Heading into this week, however, there’s more light being shed on some new filings that have come out. Specifically, these dealt with a recent equity investment into the company. At the start of the month, Evogene announced that it entered into a definitive agreement with ARK Investment Management, LLC and Alpha Capital Anstalt in connection with a registered direct offering of $10 million.

ARK Invest is a leading technology investment firm, specializing in thematic investing in disruptive innovation. It will invest $7 million and Alpha Capital Anstalt will invest $3 million. Following the news, EVGN stock ran higher and touched a new high for the year of $2.95. Considering this surge on Wednesday and new investment from such firms, is this trend set to continue in September? 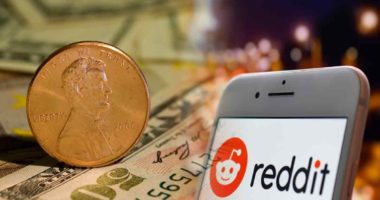 Reddit penny stocks are back in focus as AMC stock rises; which 3 are you watching? 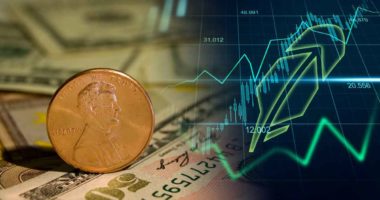 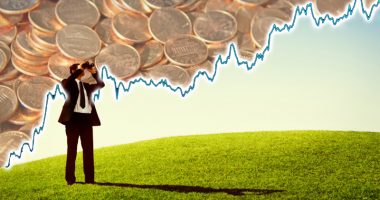 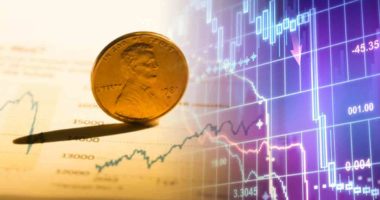