Are Penny Stocks Worth Your Time?

Volume plays a big part in choosing penny stocks to buy. This essentially determines the average trading size of positions investors could take. Lower volume stocks might not attract as big of an investor as high volume penny stocks. For example, when we saw shares of KODK stock surge, it was highly likely that those trading it later in the day on July 28th and on July 29th weren’t the same people looking or trading it during the weeks previous to that. The likely reason why: lack of liquidity.

So this is why we see traders, both experienced and novice, look for high-volume penny stocks to buy. They’ll take this a step further and look at irregularities in higher volume penny stocks. Typically, any unusual volume could mean that there’s something “brewing” either from the company or among traders.

This can be things like expected news, upcoming earnings or trial results, and even rumors. Whatever the case, as we’ve seen most recently with Eastman Kodak stock. The moment that there was unusual volume more traders began paying closer attention.

[Read More] Are These Penny Stocks To Buy Or Avoid Before The Weekend?

As small-cap stocks begin to gain attention again this week, there’s likely a slew of penny stocks to watch. Whether it’s news headlines or industry-related developments, it’s important to keep in mind that research is key. Here’s a list of penny stocks trading higher this week but are they the best to buy right now or wait on? Leave us a comment at the end of the article.

Onconova Therapeutics, Inc. (ONTX Stock Report) isn’t a newcomer to our list of penny stocks. If you’re new to the site, we first saw this in early December. In any case, earlier this month we picked back up on Onvonova’s progress. That was when the company had announced the e-publication in the international hematological malignancy journal Leukemia Research.

These were with regard to results from a Phase 1 company-sponsored study. It was of its oral rigosertib in combination with standard dose azacitidine. The target group included patients diagnosed with either higher-risk myelodysplastic syndrome or acute myeloid leukemia.

This week the company announced that it submitted an application with the National Institute of Allergy and Infectious Disease. This was to obtain funding from the Institutes of Health to conduct human studies with its rigosertib in COVID-19 patients. Late in the afternoon on Wednesday, Onconova came out with one of its bigger updates in recent weeks. If you remember back in June, we cited that Steven M. Fruchtmand, M.D., President and Chief Executive Officer explained that with enrollment completed in March, “Onconova’s pivotal Phase 3 INSPIRE trial is advancing to the next catalyst.”

This week, Onconova reported that the required number of survival events for the pivotal Phase 3 INSPIRE has been reached. The company anticipates announcing top-line data by the end of the third quarter of 2020. Given this, is ONTX a buy, sell, or hold, in your opinion? Shares are up over 120% This month along

Another one of the penny stocks that’s been on our lists for a while has been ElectraMeccanica Vehicles (SOLO Stock Report). In June, electric vehicle stocks were flying. This had to do with a mix of hype around Tesla’s historic stock price and Nikola just going public. Countless EV penny stocks benefited simply from a bullish sentiment around the industry. This is when SOLO stock started turning heads. We initially earmarked this as a carmaker versus a “picks and shovels” business.

In June, the company announced the accelerated expansion of its retail footprint. ElectraMeccanica’s flagship is the SOLO EV. It will have new locations planned for Arizona and Oregon.

“To continue to build awareness and meet consumer demand, we are pleased to announce that we are accelerating our expansion into key markets – Arizona and Oregon – by bringing our SOLO EV to Macerich’s upscale Scottsdale Fashion Square and next, Portland,” said Paul Rivera, Chief Executive Officer of ElectraMeccanica.

Earlier this week the company announced that it would be presenting at the SNN Network Virtual Investor Conference on Wednesday, August 5, 2020. What’s more, is the sector-related headlines may have become a factor for SOLO stock this week. If you look at some of our other articles on EV penny stocks, we’ve discussed several that have reported news recently. In light of the upcoming presentation next week and this latest surge, is SOLO on your list of penny stocks to buy, sell, or hold?

Shares of Mallinckrodt Plc (MNK Stock Report) took off on Wednesday. For the most part, MNK stock hasn’t experienced the greatest performance in 2020 as far as the stock’s concerned. There haven’t been any major news releases this week. Yet the stock saw its second-highest share volume day all year.

A few weeks ago, the company announce that it exercised its option to secure exclusive global licenses for two ribonucleic acid interference assets from British drugmaker Silence Therapeutics. This was following their collaboration deal in July 2019. As part of the deal, Silence said it will be responsible for preclinical activities and for executing the development program of each asset until the end of phase 1. That’s when Mallinckrodt will assume development and responsibility for the commercialization.

Similar to SOLO, MNK stock may be benefiting from some sympathy momentum on Wednesday. The company itself manufactures, markets and distributes specialty pharmaceutical products and therapies. Its areas of focus include autoimmune and rare diseases in specialty areas like neurology, rheumatology, nephrology, pulmonology and ophthalmology; immunotherapy and neonatal respiratory critical care therapies; analgesics and gastrointestinal products.

Considering Kodak could be receiving several hundred million to do something similar, it may be fueling some additional momentum. In light of this, however, we can’t forget the past few months of MNK stock’s performance. Can this mark a turnaround or is this just another short-term blip on the radar during its bear trend? 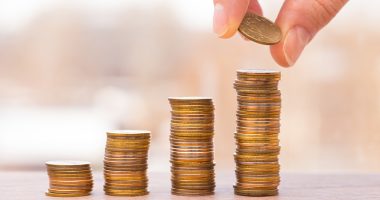 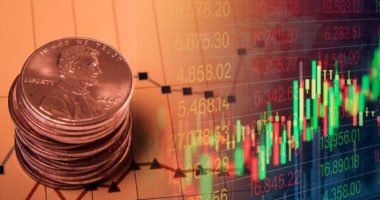 Looking for popular penny stocks to watch? Check these 3 out 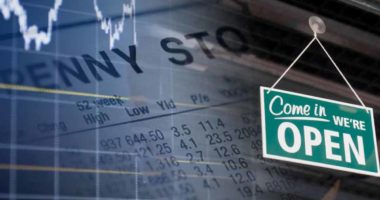 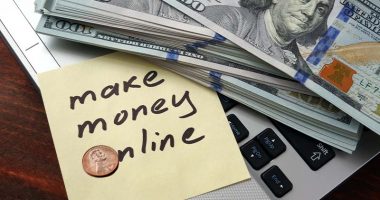 Looking For How To Make Money Online? Check out Penny Stocks If…