Are These Penny Stocks To Buy Or Avoid Before The Weekend?

Will These Be On Your List Of Penny Stocks To Buy Or Sell This Week?

Are penny stocks “back”? Some have said that small-cap and micro-cap stocks were stalling. While I don’t agree with that, I can see where the idea might stem from. If you’re only looking at broader indexes like the Russell, for instance, there are thousands of companies on that list. Many of them are penny stocks by definition. Based on the look of the Russell, for instance, you might have thought that after the wild moves from a few months ago, small-caps were all but washed up.

However, as our readers know, there are plenty of penny stocks to choose from. If you were referencing those monster 10-bagger breakouts from before, then yes, there were less of those this month. However, there were plenty of stocks breaking out hundreds of percentage points in a single day. Needless to say, you’re not here to read about that. You’re here to learn about penny stocks and get some insight into what’s hot right now.

Today there are a lot of headlines and one company, in particular, Kodak (KODK Stock Report) has brought attention to small-caps. This week, the former penny stock managed to run from $2.13 on Monday to highs of $60 on Wednesday. Yes, that was a real 2,717% move in 3 days. That was sparked first by the news that the company received a letter of interest for a $765 million loan followed by positive comments from the U.S. President.

While the world waits for the outcome of the U.S. International Development Finance Corporation diligence report, the positive sentiment has translated into serious volatility. Traders have been thirsty for that and since KODK was a penny stock, the general focus has returned to finding stocks under $5 that “could do the same thing”. Keeping this in mind, are these on your list of penny stocks to buy or avoid this week?

With Kodak’s proposed loan, attention has certainly been piqued targeting biotech companies. Earlier in May we talked about Kitov Pharma (KTOV Stock Report) as it had just announced the closing of a $10 million offering. At the time KTOV stock was trading around $0.40.

We started digging into the finer details at the beginning of June. We saw Kitov trending after announcing that the U.S. FDA accepted its Investigational New Drug application to conduct a Phase 1/2 clinical trial. This was for its NT219, an agent addressing treatment resistance in advanced cancer.

While shares are trading higher on Wednesday, there weren’t any new updates to point to. However, earlier this month, the company announced that it began Phase 1/2 clinical trials of its NT219. That brought the June update full-circle. However, even with this progress, H.C. Wainwright recently lowered its price target on KTOV stock to $3. It did however reiterate its “Buy” rating on the penny stock.

I think it’s also important to keep in mind that Kitov has a clinical collaboration agreement with Bristol Myers Squibb Company. It’s for the planned phase 1/2 clinical trials to evaluate the combination of CM-24 with the PD-1 inhibitor nivolumab (Opdivo®). These are expected to begin in the second half of 2020. Based on this week’s momentum, is KTOV on your list of penny stocks to buy or avoid heading into the second half of the week?

If you’re searching for “New Age Inc.”, you may not find it just yet. That’s because it’s the new name of New Age Beverage Corp (NBEV Stock Report). The previous marijuana penny stock has shifted gears recently and broadened its business plan a bit. Earlier this month, the company announced that it would acquire direct-selling company Ariix and other companies in the “e-commerce and direct selling channels”.

The goal is to create a firm with “estimated pro forma revenues in excess of $500 million across more than 75 countries worldwide.” The company expanded its offering to include hydration & wellness, healthy appearance, and nutritional performance platforms. These are differentiated across the platforms with plant-based ingredients, Noni, CBD, and micro and phytonutrients. Shares rallied after the deal was announced. However, during the days to follow, the excitement factor wore off a bit and BEV stock consolidated slightly. This week, however, things are heating up once again after this latest headline.

Brent Willis, Chief Executive Officer of NewAge, said, “Evolving to the name NewAge, which we have called ourselves for a long time, was a natural progression for us. Our strategy is and has always been to drive healthy functional brands in an omni-channel route to market, but we have broadened our healthy portfolio beyond beverages, having grown from just $2 million in sales four years ago to now a pro forma of over $500 million following the completion of the ARIIX transaction. We intend to lead in healthy hydration & wellness, healthy appearance, and nutritional performance platforms differentiating across the platforms with plant-based ingredients, Noni, CBD, and micro and phytonutrients.”

[Read More] What Are The Best Penny Stocks To Buy? 3 Turning Heads This Week

The biggest question here is what’s next for NBEV stock? It’s got the name change and acquisition, now it’s time to see how well this new direction goes. Do you think NBEV Stock is a buy or sell right now?

Adamis Pharmaceuticals Corporation (ADMP Stock Report) has been on our lists of penny stocks to watch since July 16th. At the time, ADMP stock was trading around $0.70 and had just begun seeing irregularly high levels of trading volume. Back in April, the company announced that its wholly-owned drug outsourcing facility, US Compounding Inc. increased its product mix to provide additional drugs to assist in the ongoing fight against COVID-19.

This included a variety of pharmaceutical products. Considering the direction that Kodak is looking to head, Adamis could be benefiting from a sympathy style move this week. What’s more is that over the last 2 weeks, ADMP shares have climbed to over $1.50 a share. As we discussed over the weekend, ADMP stock has been surging following a few recent developments.

This included a distribution and commercialization agreement with US WorldMeds, LLC for the United States commercial rights for the SYMJEPI products, as well as its ZIMHI™ (naloxone HCI Injection, USP) 5mg/0.5mL product candidate. Fast-forward to the start of this month and US WorldMeds is now actively promoting both SYMJEPI products.

There was a proxy statement filed showing details of an upcoming shareholder vote. Among the topics, some to note include Adamis wanting to increase its authorized share count and receive approval for a reverse split. Considering the latest move, and upcoming proxy vote, which side of the list will have ADMP on it? Buy or Sell?

TransEnterix Inc. (TRXC Stock Report) hasn’t had the best year in 2020. In fact, after reaching 52-week lows of $0.28, TRXC stock has been relatively range-bound between $0.28 and $0.35. However, this week was much different and the daily average volume also began trending much higher. There wasn’t any news on Wednesday however earlier this week TransEnterix did come out with notable news.

The medical device company announced that Maastricht University Medical Center+ entered into an agreement to lease and utilize a Senhance® Surgical System. The company said it was the first hospital acquiring a Senhance and using it in pediatric minimally invasive surgery.

Anthony Fernando, president and chief executive officer at TransEnterix explained, “Maastricht UMC+ will be the first hospital utilizing Senhance in a comprehensive multi-specialty program led by pediatric surgery and the Woman-Mother-Child Center. We are pleased to partner with a leading medical center like Maastricht UMC+, and this program highlights the continued momentum we are seeing in areas such as the Netherlands and Germany.”

Earlier this month, Empery Asset Management and CVI Investments reported passive stakes in the company. With the recent surge, will this see TRXC moving higher before the end of the month? 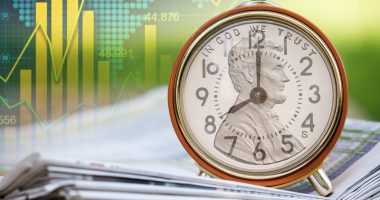 With Fitbit’s Buyout, Investors Are Hunting For More Penny Stocks To Watch… 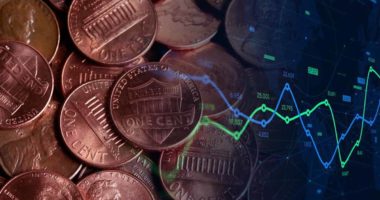 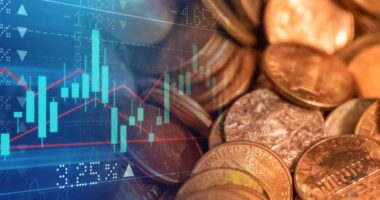 Can you make money trading penny stocks in 2023? 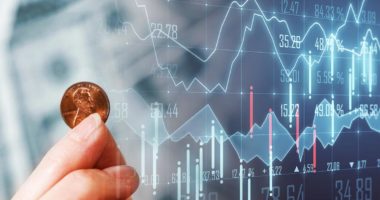 Check these three under $1 penny stocks out for your watchlist