But Will This Attention Translate Into A Big Win For These Penny Stocks?

Investing in penny stocks is often regarded as one of the best ways of generating substantial returns within a relatively short span of time. Moreover, an investor does not even need to invest a lot of money to buy penny stocks since they generally trade below $5 a share. Keep in mind that this follows the Security & Exchange Commission’s definition of what a penny stock is. Other traders may define these cheap stocks as ones that trade below $1 per share. There’s also a school of thought that “penny stocks” only trade Over The Counter or on the OTC Market.

No matter your definition, the bottom line is that you can make money with penny stocks and quickly. For the time it takes a blue-chip stock like Facebook or Twitter to jump just 10%, a penny stock might explode several hundred percentage points. Look at any of this week’s article to see exactly what we’re talking about. Some stocks take a few days to run, others only need a few hours.

But, an investor needs to do research thoroughly in order to identify the right penny stocks to buy. Just picking a stock that’s in the middle of a run isn’t enough. As we saw earlier this week with the penny stock JanOne Inc. (JAN Stock Report), the big run can reach its high within moments of the market open and then plummet for the rest of the day or days to follow.

The first such penny stock to consider is that of fuel cell company Plug Power Inc (PLUG Stock Report). The stock jumped by as much as 9.45% on Monday and made a new 52-week high of $3.91 on Tuesday. This came after a bullish note from analysts over at FBR. FBR had already classified the Plug Power stock as a ‘buy’ but on Monday it reiterated its rating and upped the target price to $6. The new target price is twice the previous target price that had been set by the company.

[Read More On PLUG] Penny Stocks To Watch Before December; 1 Up 125% This Quarter

PLUG stock had an impressive year in 2019 so far and has rocketed by almost 215% so far. This week the company also announced the expansion of its hydrogen supply chain partner network in Spain.

“Finding and accelerating adoption opportunities in the Spanish material handling market is pivotal to the greater success of adopting clean energy mobility solutions. Like Plug Power, CLH shares a value to sustainability, safety and collaboration. Our partnership is already providing fruitful work and we look forward to finding areas of collaboration in the future.”

The other penny stock that enjoyed a massive rally on Tuesday was that of CymaBay Therapeutics (CBAY Stock Report). This penny stock got blasted on Monday and hit 52-week lows of $1.29. This may not seem that terrible but considering that shares traded above $4.90 a day earlier, this was significant. As discussed in countless articles on PennyStocks.com, biotech penny stocks can see some of the highest levels of volatility out there. One bad report can trigger a big drop and one big development can open the gates for a bullish move.

In this case, CymaBay started the week off announcing that it halted the clinical development of its Seladelpar treatment. Obviously, halting the development of a leading treatment in a company’s pipeline can’t be great especially based on why it halted development. Sujal Shah, CEO of CymaBay said, “These findings were also unexpected based on our preclinical and clinical experience with seladelpar to date.  However, in light of the findings, we have decided to terminate our NASH and PSC studies and place our PBC studies on hold pending further review and follow-up.”

But even after a flurry of analyst downgrades (one cut its target from $22 to $2), shares actually bounced on Tuesday. In fact, CBAY stock rallied by 24% by the end of the day. With such momentum and what appears like a “dead-cat bounce,” how will it fair for the rest of the short week?

Next, Nio Inc (NIO Stock Report) was on the move again on Tuesday. Shares of the “Chinese Tesla” hit highs of $2.30 during aftermarket trading. Even though NIO stock got a bad rap following abysmal guidance earlier this year, shares have crept up in the fourth quarter.

The company has focused on streamlining and strengthening operations. It has appointed new management as well as increasing deliveries. October saw deliveries jump to 25.1% equating to 2,526 units. Furthermore, Nio has begun to collaborate with other companies. The company joined forces with Intel Corp’s (INTC Stock Report) Mobileye for a driverless version of a consumer car in China.

Since increasing in price, more events have also come about in the sector as a whole. “For next year, we foresee the NEV market will continue to grow, maybe not as dramatic as it was in the past,” Stephan Woellenstein, Volkswagen Group’s (VOWG_p.DE) chief in China. He told this to Reuters in an interview at the Guangzhou Autoshow last week.

Similar to CymaBay, Ocugen Inc. (OCGN Stock Report) also got smoked over the last few months. This came right around the time Histogenics (which is now Ocugen), agreed to a merger. OCGN stock slid even further among earnings reports and even share repurchase program news.

So why would OCGN become a penny stock to watch before Black Friday? Well, that’s obviously your choice to make. But the penny stock rallied over 16% on some of its highest share volume all year. What may have helped was the flurry of FORM 4 filings that came across the corporate filing feed today.

Company Director Junge Zhang and CFO Sanjay Subramanian purchased 200,000 shares in total between $0.27 and $0.28 between November 22 and November 25. Could this trigger confidence in the stock and company enough to see the trend continue?

Finally, Tonix Pharma (TNXP Stock Report) rounds out this list after some potentially big penny stock news was released late in the afternoon on November 26. At first glance, TNXP stock looks awful. In fact, the stock closed at its 52-week low today and slid even lower after the market closed. But even with this as the case, shares bounced back by more than 20% from those lows.

Tonix Pharma announced receipt of FDA official minutes from its breakthrough therapy Type B clinical guidance meeting for its Tonmya treatments. This was for a potential new treatment for PTSD. Not only were the minutes consistent with the company’s previous guidance, but more than 50% of the current target number of participants are now enrolled.

Based on final approval by the FDA, the company’s planned analysis will have several outcomes include to continue on or completely stop. So this is essentially the early beginnings of a make or break moment for TNXP’s treatment. For now, however, the news appears to have been well-received by the market. 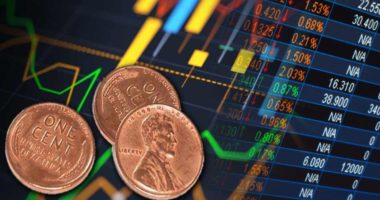 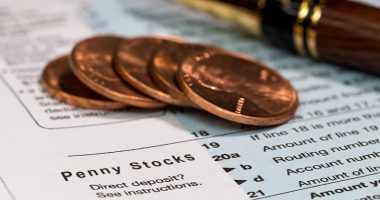 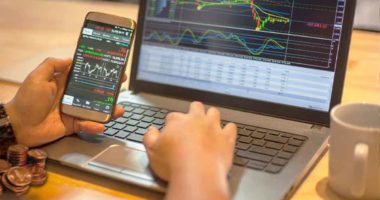 How to buy and sell options for beginners. 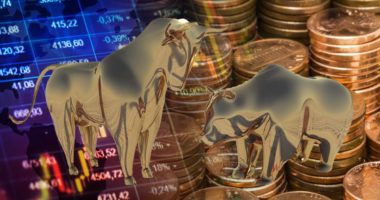