5 Penny Stocks To Watch As Gold Prices Attempt To Reverse

Is it Time To Watch Gold Penny Stocks Again?

Today there was more news on U.S./China trade deal optimism sending the markets higher. However, something happened that could be a sign that gold may be back in favor of certain traders. Aside from China’s top negotiator speaking with top White House leadership, U.S. President Trump also indicated positive sentiment. Right before lunch, Trump said that the US is in the “final throes on reaching a trade deal with China.”

But unlike times past, the markets didn’t react aggressively bullish. Though they did trend higher, it wasn’t necessarily the same volatile move that we’ve come to know. What’s also interesting is that as the markets head higher, so have gold stocks.

Despite a bit of a beat down recently, Tuesday saw shares of a number of silver and gold stocks, as well as gold penny stocks, move in lockstep with the broader markets. Typically, precious metals move in opposite directions from the broader markets. However, Tuesday was different and begs the question, is it time to start watching mining stocks again?

Compared to other sectors, gold penny stocks carry a bit more weight. This is with respect to both market cap and overall investor awareness. We know that this commodity is a store of value and a “safe haven.” But when you compare gold stocks to other sector penny stocks, the sheer size of the companies is starkly different. As you may have guessed it, gold companies are much larger, in general.

No matter your feeling on penny stocks, you can’t ignore the fact that junior mining stocks have garnered interest this year. Just take a look at ETF’s like the VanEck Vectors Junior Gold Miners ETF (GDXJ Report). Since the start of the year, the ETF has climbed as much as 43% and is currently up more than 19% year-to-date.

What’s more is that the ETF has come back by nearly 2% on Tuesday amid trade optimism, which is a bit unusual in my opinion.  With this in mind, here are 5 gold penny stocks to watch as the market speculates on Washington’s next move.

First on the list, IMC International (IMCX Stock Report) is one of the smaller names getting a bit of attention lately. The company is a junior gold exploration and development company with current operations targeting its Bullard Pass Property in Arizona. However, new updates from the company show it pushing forward to increase its operating footprint internationally.

IMC signed a letter of intent this month with Orosur Mining Inc. The LOI opens the opportunity for the company to get a footing in Uruguay via Orosur’s Isla Cristina Rivera Greenstone Belt project. Given that there’s a 45-day window for due diligence, IMC has about a month left before that expires. Orosur’s database has hosted years of historic geological exploration and exploitation data whereby IMC would effectively own related permits.

“Despite the multiple operations in this particular area, the greenstone belt itself is relatively under-explored with many potential gold prospects based on previous geologic exploration including geochemistry, geophysics and drilling. Project infrastructure, access, power and communications are all good with access by paved road, grid and cellular connection, and a local workforce in Minas de Corrales, a town approximately 5km from the mine.”

In total, the Orosur permits encompass an area of nearly 590 square kilometers. Furthermore, it includes a past-producing mine, San Gregorio, which has produced 1.4 million ounces of gold since the San Gregorio plat was commissioned in 1997.

Next on this list of penny stocks, Yamana Gold (YRI Stock Report) has held strong during the gold sector’s general consolidation. Since the end of May, shares of AUY stock have climbed significantly. Also, as discussed, AUY has weathered the storm well over the last few months. On Tuesday, shares jumped by more than 3% from its previous close.

The company’s stock hasn’t dropped below $3 since mid-August all while trading volumes remained high. What’s helped fuel its momentum comes from a more fundamental angle. The company has identified several high-grade mineralization zones. The company also beat estimates on its latest Q3 results. Yamana exceeded expectations on adjusted earnings per share. The company also declared a second quarterly dividend at a level 100% higher than its previous dividend.

Based on the stock holding historic technical levels, while also realizing significant growth, the markets are watching. Also, keep in mind that its new mineralization at the El Penon project has shown notable results. Early indications show intersect results consisting of 27- 32.4g per ton of gold and 35-169 g per ton of silver. This is based on the company’s latest mineralization reports.

Similar to Yamana, Harmony Gold Mining (HMY Stock Report) has climbed considerably since the summer. HMY stock traded around $1.60 at the end of May and now trades above $3. The company caught attention this month after reporting its fiscal Q1 production results.

Harmony saw its operations provided stronger cash flows even though gold production was down 5% year over year. However, since gold prices have improved, the cost per ounce helped boost the company’s production profit by 36%.

But could this just be window dressing for the penny stock? Harmony cited troubled waters in a November update. Permitting delays were to blame. This caused the company to revise a work program for its joint venture in Papua New Guinea. Other events like ongoing government review have also put a bit of pause to Harmony’s operations in the area.

No matter the case, shares of HMY stock jumped this week after sliding for the past 3 trading sessions. As gold prices flirt with levels between $1,400 and $1,500, will the U.S./China trade talks spur further interest in gold mining stocks? Or will rising equities put the final nail in the coffin to gold’s 2019 bull run?

Another popular penny stock in the mining industry has been Kinross Gold (K Stock Report). Shares are up over 2.25% on Tuesday. Despite the company not releasing any news as a potential catalyst, there are related updates that came out today. White Gold Corp (WGO Stock Report) announced its first-ever drill results on its Titan target, Hen property, Yukon, Canada.

The Titan is a near-surface gold discovery that recorded grab samples of as much as 605 g per ton of gold. It also reported soil samples of up to 113 g/ton of gold. This is the highest soil value ever recorded in the company’s White Gold District database of samples. Why is this important for Kinross?

As with many smaller companies in the mining industry, joint ventures and acquisitions are popular. Kinross, as well as Agnico Eagle Mines (AEM Stock Report) partnered with and backed the project.  So, assuming this goes favorably for White Gold Corp, it could result in the same for Kinross.

Despite shares being down for the quarter, KGC stock has remained bullish for most of 2019. In fact, since the beginning of the year, the gold penny stock rose by as much as 69%. Additionally, KGC stock is still up over 30% year to date.

Last on this list of penny stocks, Hecla Mining (HL Stock Report) has recovered by over 100% since early summer. Unlike the other gold companies mentioned above, HL stock hasn’t maintained a bullish trend for all of 2019. But for the better part of the year, shares have climbed. For the most part, shares of HL maintained a sideways trend while other mining names consolidated.

What has helped Hecla? That’s a good question seeing that the company missed estimates in its recent quarterly filing. Even though it missed, Hecla reported a 60% increase over losses of $0.05 at the same time last year. This year’s quarterly loss came in at $0.02. Furthermore, the company increased revenue by over 12% to $161.532 million.

Thanks to this and significant exploration developments, Hecla attracted interest from analysts. Here’s a quick rundown of analyst actions:

Can Gold Stocks Rally Before The End Of The Year?

Given the bullish case for gold, there’s also plenty of cases for a bearish move with the sector. One of the biggest question marks that could determine a true direction has a lot to do with the U.S./China trade talks. Many analysts have overreacted during the second half of the year when a whisper of a deal comes up.

This week, the reaction is a bit different. When a Trump Tweet typically triggers a volatile move, comments made on Tuesday didn’t seem to impact the market as much as they normally have in the past. Furthermore, the companies trading in this sector are benefitting in a big way from the price of gold right now.

Thanks to near-decade highs, even lower production numbers have resulted in record earnings for some. Can gold stocks thrive this quarter? Time will tell and feel free to leave your thoughts on gold in the comments section below 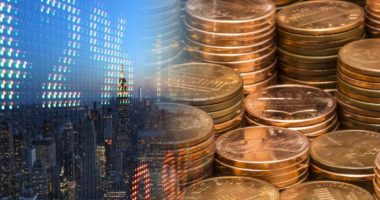 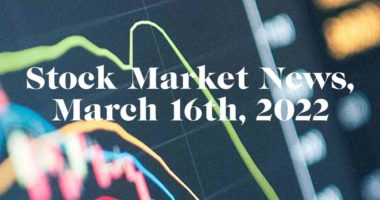 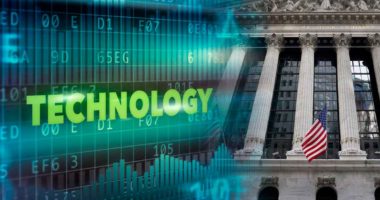 With Tech in Focus, These 3 Penny Stocks Are Trending Right Now 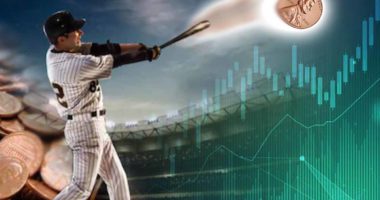