Penny Stocks To Buy Now? 3 To Watch After LTRPB Stock Jumped Over 372%

Who doesn’t love a good breakout? If you’re trying to hunt down the best penny stocks to buy now, you’ve likely seen one or two big movers over the last few weeks. Whether it was EVFM stock earlier in July, HKD stock last week, or several monster movers today, the thrill of trading is alive and well. On top of this, it’s worth mentioning that small-caps and penny stocks tend to move to the sound of their own drum. Just look at the broader markets like the S&P 500. The SPY ETF is all over the place in a chop-fest of a trading session on Monday. Meanwhile, you’ve got companies like Ontrak (NASDAQ: OTRK) exploding by over 140%.

But OTRK stock isn’t the stand-alone either. There are, what I’ll call “repeat offenders” returning to the watch lists of traders. Liberty TripAdvisor B shares (LTRPB Free Report) are on fire for no immediately apparent reason. LTRPB stock skyrocketed from $17.55 to highs of over $80 within a matter of hours and during a slew of trading halts. Why is it s repeat offender? If you’ve traded long enough, you’ll remember the massive breakout the LTRPB stock had back in 2020. For those unfamiliar, you can check out these articles:

Why LTRPB Stock Is Moving

YES, 2,800% in a single session. But just as quickly as it jumped, it came crashing down. Why is LTRPB stock moving? Like in 2020 and even last year, there were no immediate headlines to point to for potential catalysts. But there are a few upcoming events like a quarterly Q&A phone call on Friday.

Liberty TripAdvisor includes its subsidiary, TripAdvisor, the travel platform and review site. With the series of low-priced stocks with lower floats, including HKD stock, it isn’t surprising to see the trend with stocks that had a prior history of big moves. Is this really all that is behind the move with LTRPB stock today? Leave a comment below.

The name of the game with this list of penny stocks is “low float” stocks to watch. Don’t know what “float” means? That’s ok, let’s quickly explain. When looking at share structure, you’ve got the Authorized Shares, Outstanding Shares, and Public Float. Authorized is the most amount of shares a company is authorized to issue and will be the largest of the 3.

Outstanding is the number of shares issued and outstanding but will also include restricted stock, which doesn’t factor into the retail market. This is either equal to or less than the Authorized amount.

Then you’ve got the public float. This is the number of shares publicly trading between hands daily. This figure is usually less than but can also be equal to the OS. The lower the float, the fewer shares actively trading, and the higher the potential for increased volatility. The thing to remember is that Float can change depending on many factors. So, getting an actual float can be difficult.

In this sense, low float means lower supply, and when you’ve got a higher demand, prices can quickly spike, as we’ve seen in the stock market today. Performance Shipping may fit the mold of a low float stock. It has a small O/S; some outlets list the float below 3 million. Based on current trends, fundamentals may take a back seat to technicals. But for those wondering, Performance Shipping is a tanker vessel owner that provides shipping transportation services.

Another low float name on this list of penny stocks is Ayala Pharmaceuticals. Some peg this penny stock’s float below 10 million. While it isn’t as low as PSHG, it still meets the criteria for this article.

Thanks to significant developments in late July, the company has been in the spotlight over the last few weeks. Ayala filed a request to withdraw a registration statement. When companies register shares, it presents a potentially dilutive scenario that could ultimately increase the float. The bullish tone stemmed from speculation that this may not be the case (for now) and that AYLA stock remains one of the low float penny stocks to watch.

Ayala has made progress in developing its portfolio of oncology treatments. Last month, it reported interim data from Part A of its Phase 2/3 RINGSIDE trial of AL102. This is Ayala’s candidate for desmoid tumors. “We are very excited with the interim data from Part A of the RINGSIDE study, although early, demonstrating initial substantial anti-tumor activity for AL102 as a single agent as measured by MRI scans,” said Roni Mamluk, Ph.D., Chief Executive Officer of Ayala in the July update.

With this backdrop and the latest low float stocks trend, AYLA may be one of the stocks to watch.

Shares of HOUR stock have been in the spotlight right here on PennyStocks.com for technical reasons. The biggest involves the higher short position on the penny stocks. Like low float stocks, which HOUR also is, short squeeze penny stocks can be incredibly volatile, especially during a short squeeze.

How big is the short on HOUR stock? According to Fintel.IO and TDAmeritrade, that number sits at 21.10%. With roughly 35 million shares outstanding and some outlets citing a float of fewer than 5 million shares, HOUR stock has gained plenty of attention outside of its fundamental makeup.

What does Hour Loop Do? Hour Loop specializes in eCommerce, operating as a third-party seller on Amazon’s website, Walmart’s website, and its company site. Product categories span the gamut and include everything from housewares to apparel. In light of earnings season, Hour Loop could also have some attention on the next financial report. 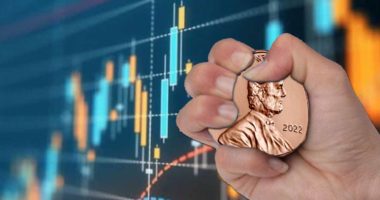 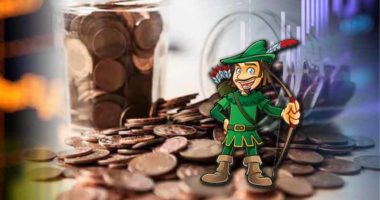 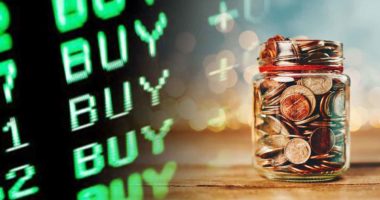 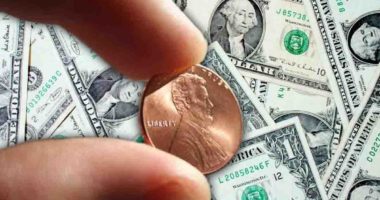 Penny stocks to buy under $1