Penny stocks are an interesting type of investment choice. I say this because, on the one hand, you’re buying into mostly start-up phase companies. So the potential for long-term gains would theoretically be higher. But on the other hand, speculation plays such a large role that investing in penny stocks can become a gut-wrenching strategy based on all of the wild volatility. So what do you do?

Trading penny stocks is typically the go-to strategy, initially. Some will hold a small position over the long-term while utilizing a day or swing trading approach for larger positions. Meanwhile, others will only trade penny stocks, saving the investing for blue-chips. Whichever you choose to take up, the first step is putting a solid watch list together.

Looking at things like news, filings, and even rumors can help in the vetting process. You could also look to see what analysts are saying. There’s obviously no guarantee that they’ll be right in their outlook. In general, firms take time to sift through all of the company’s details to develop a recommendation and price target.

In fact, some analysts have gotten more bullish on small-cap stocks altogether. BofA analyst team said earlier this year that U.S. economic growth is likely to increase over the next few years. The bank’s economists forecast 7% GDP growth in 2021 as it stands today. This growth, they say, could benefit small-caps and performance more than larger companies, thanks to “pent-up services spending demand.”

With this as the backdrop for a new week this week, small-cap stocks may not be bad to have on your list. While I’m sure “dogecoin” will remain a trend in the stock market early this week, the animal spirits are likely to be alive and well in the higher-risk asset classes, penny stocks included. That being said, here are a few names on the list of penny stocks to buy according to 4 Wall Street firms.

Analysts at Piper Sandler have grown bullish on Savara recently. The firm has an Overweight rating as well as a $7 price target. Based on the closing price from April 16th, that pegs their SVRA stock forecast price around 300% higher right now. What’s the reason for this bullishness?

It could have something to do with what Savara has been working on lately. Piper Sandler analyst Yasmeen Rahimi highlighted the company’s Molgradex treatment for autoimmune pulmonary alveolar proteinosis – aPAP – saying that topline data in Q2 of 2024 is “de-risked” by Phase 2b/3 IMPALA 1 dataset. Rahim said in an investor note that this could make Savara an “ideal value pick.”

Molgradex was already granted orphan drug designation for aPAP in the US and EU. The FDA also granted Molgradex Breakthrough Therapy Designation. This process is designed to expedite the development and review of drugs intended to treat a serious condition. It also accounts for preliminary evidence indicating a drug may “demonstrate a substantial improvement” over available therapies.

aPAP is a rare lung disease characterized by the build-up of lung surfactant in the air sacs of the lungs. The company recently raised $130 million to put toward the further development of molgradex and its IMPALA 2 trial, which is expected to start this quarter, according to statements made late last year.

Another one of the biotech penny stocks analysts are bullish on right now is Evogene. This company has been one that we’ve reported on frequently over the last several months. The main point of interest is the company’s diverse portfolio of operating businesses. These include everything from traditional biotech in its Biomica immune-oncology business & its agricultural businesses, Canonic (medical cannabis focus), AgPlenus, and Lavie Bio.

Heading into this week, not only Biomica will be a focus, but all of Evogene’s operating businesses take the spotlight. April 19th and the 21st will be the dates to keep in mind. The 19th is when the company hosts its Hebrew language investor & analyst day. A few days later, on the 21st, Evogene holds the English language event. The meetings will feature key-note presentations from Evogene’s CEO, Ofer Haviv, and the CEOs of Evogene group subsidiaries Biomica, Canonic, AgPlenus, and Lavie Bio, followed by a question and answer session.

How do analysts feel about the company? The most recent forecast came late last year. Cantor Fitzgerald analyst Kristen Kluska initiated coverage of Evogene with an Overweight rating and a $9 price target. Evogene has a Computational Predictive Biology platform that incorporates deep scientific understanding, big data, and artificial intelligence to discover and develop novel life science-based products, said Kluska. She thinks the company’s platform is “highly underappreciated.” The analyst also explained that execution across Evogene’s five subsidiaries could bring additional interest in 2021 as some programs near potential commercialization.

PAVMed has become one of the top penny stocks to watch in biotech for 2021. Since the start of the year, PAVM stock had surged from $2.20 to over $4.90 last week. This 123% move wasn’t the largest of the year either. Earlier in April, PAVM stock reached highs of over $6.50. The interesting part is that based on analysts, the expected upside is even higher. Lake Street analyst Frank Takkinen initiated coverage of PAVmed, Inc. with a Buy rating and price target of $5 in Q4 of 2020.

Citing PAVmed’s earlier stage assets within infusion therapy and “emerging innovations,” Takkinen showed conviction in his forecast. Its price target was also boosted to $9 this year. The analyst further explained that he sees an opportunity in the spin-off to make the company’s Lucid Diagnostics subsidiary. There could be “significant value” in the rest of the business as well, according to Takkinen. With PAVmed remaining Lucid’s largest shareholder following any spin-off transaction, this could be a big opportunity for the company.

Last week the company presented at the Needham Healthcare Conference. Lishan Aklog, M.D., PAVmed’s Chairman and Chief Executive Officer, gave a corporate update. One of the main points of focus has been the company’s CarpX device. It was used in the first patient in the U.S. for carpal tunnel release. The device is patented and FDA 510(k) cleared. The single-use device can actually mimic the anatomic results of more invasive surgery. With momentum building last week and strong favor from the analyst community, PAVM could be one of the hot penny stocks to watch this quarter.

Late last month, analyst Joseph Schwartz at SVB Leerink raised the firm’s price target on Synlogic to $15 from $10. He also kept an Outperform rating. Schwartz cited “promising” Phase 1 data in healthy volunteers for the company’s SYNB8802 boosts its chances of the company showing “meaningful efficacy” in enteric hyperoxaluria patients in the second half of 2021. The analysts explained that the stock appeared to have reacted negatively to the -10% reduction of UOx from baseline in those treated with SYNB8802 and that it’s more modest than the +29% increase in UOx from baseline in placebo.

He also said that the reaction is an “oversimplification of the data” and presents an opportunity for investors. He bases this on what Schwartz thinks is “insightful” Phase 1 data in volunteers, which “de-risks the platform and suggests that the results in enteric patients expected in the second half of the year could be attractive.”

Aside from SYNB8802, other treatments in its pipeline have shown promise. Earlier this month, the company presented data from its SYNB1981 Phase 1 trial in treating solid tumors and lymphoma. The data were strong enough to support continued dose escalation in the monotherapy and combination arms. So that could be something to keep in mind moving forward.

With this $15 price target and the $3.40 close on April 16, SVB’s SYBX stock forecast is 341% higher right now. This week the company presents at the Jefferies Microbiome-based Therapeutics Summit on April 22nd. Furthermore, the company recently announced a 10 million share stock offering at $3, which is expected to close on April 20th.

Are You Looking For Small-Cap Stocks To Buy This Week?

If you look at the outlook for small-cap stocks and the recent market performance, there could be some merit to the BofA analyst commentary mentioned earlier. There is a caveat, however. The firm said that “small caps have given up their year-to-date leadership, and we also recognize there may be some further near-term risk…Our work suggests that small caps have outperformed large caps only 40% of the time in April vs. >60% of the time in May and in June.”

While the Russell 2000 Small-Cap Index ETF (NYSE: IWM) has treaded water recently, it’s still considerably higher for the year so far. Though firms like BofA have raised some caution flags, it’s still very early in the year, and there will likely be much more to research as things progress. 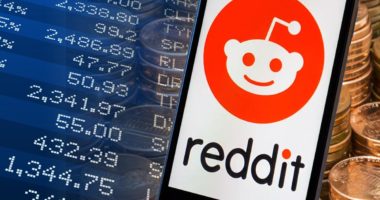 These Reddit penny stocks are showing high-volume right now, are they on your watchlist? 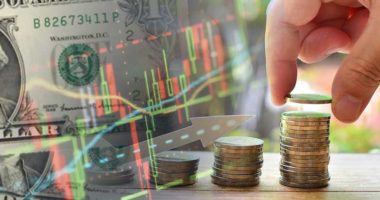 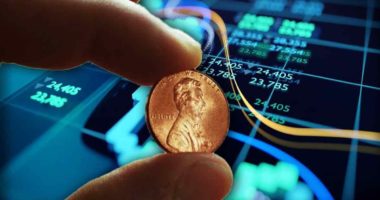 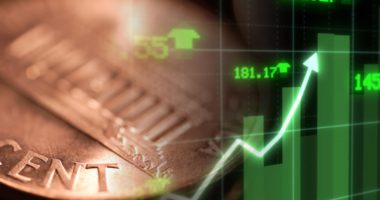 If you’re making a penny stocks watchlist right now, check these three out