Low fare airlines are back in focus, including several penny stocks today. The excitement comes after JetBlue Airways (NASDAQ: JBLU) turned up the heat on its takeover bid of Spirit Airlines (NYSE: SAVE). You may recall the move by JetBlue earlier this year as the company looks to outshine Spirit’s other suitor, Frontier Group Holdings (NASDAQ: ULCC). Initially, the bid was shot down, but JetBlue has upped the ante this week.

Let’s get you up to speed if you’re looking for some info on the latest JetBlue hostile takeover bid for Spirit Airlines. This week JetBlue announced plans to launch a takeover attempt after Spirit had already rejected a $3.6 billion offer. Instead, Spirit decided that its deal with Frontier was much better (check out the deal details here).

JetBlue stated that it aims to appeal to Spirit’s shareholders directly and launch a tender offer for their shares. The hope is that this will pressure management into reconsidering the original proposal and re-engaging in discussions. JetBlue is bidding $30 in cash with this tender offer. The airline even launched a website to present the “benefits” to SAVE stock holders – JetBlueOffersMore.com.

What’s more, JetBlue specified that “Based on the clear superiority of our offer, we expected the Spirit Board to engage constructively. Given its unwillingness to share necessary information or negotiate in good faith, we adjusted our price accordingly but will work towards a consensual transaction at $33 per share, subject to receiving the information to support it.”

There’s a chart breakdown below provided on JetBlue’s “OffersMore” website:

Mesa Air Group is one of the more well-known brands if you travel frequently. The Arizona-based company provides regional air service in 41 states and the District of Columbia. It also services the Bahamas and Mexico. M&A speculation has helped keep attention on the company. However, this year’s stock market crash hasn’t helped the MESA stock price much.

One of the factors contributing to mixed sentiment is the latest pilot attrition the industry is going through. Pilots are in high demand with limited supply and, thus, may opt for more prominent brands.

“The pilot shortage for the industry is real, and most airlines are simply not going to be able to realize their capacity plans because there simply aren’t enough pilots, at least not for the next five-plus years,” United Airlines CEO Scott Kirby said on a quarterly earnings call earlier this year.

In Mesa’s latest round of earnings, CEO Jonathan Ornstein also commented on this issue. “While demand for our product remains strong, our financial results this quarter reflect the ongoing challenge of heightened pilot attrition. In January, our operational and financial performance was significantly impacted by Covid-related higher pilot absence rates, which have since subsided. We remain focused on taking steps to address pilot attrition, including increased hiring, simulator capacity, and training capabilities, which has been exacerbated by the industry-wide pilot shortage.”

However, with the rise of recent M&A activity, speculation has placed smaller operators in the spotlight.

South American airline LATAM Airlines could be another one of the airline penny stocks to watch. The company has been working through bankruptcy processes with its creditors for months. LATAM operates in Brazil, Chile, Colombia, Ecuador, and Peru.

Earlier this month, the company reported several critical developments, including obtaining support from its Chilean bondholders. Its agreement with bondholders will give unsecured creditors to “enhance” their recovery through an additional cash payment. Roberto Alvo, CEO of LATAM Airlines Group S.A., explained, “We have been promoting consensus among our creditors for some time now, and this is a great achievement. The agreement is undoubtedly beneficial to all parties, it attracts support for the Plan of Reorganization from the vast majority of the Group’s creditors and will allow LATAM to meet its goal of emerging from Chapter 11 on schedule and in a more competitive position than at the beginning of the pandemic.”

The news preceded LATAM’s latest monthly statistics update for April. LATAM said that passenger traffic for April was 69.4% compared to the period in 2019 (pre-pandemic). Its load factor also dropped by 2.1 percentage points and reached 81.2%. The airline expects operation of up to 73% for May compared to the same month in 2019 and plans to operate roughly 1,115 daily domestic and international flights in May.

This week there is a Confirmation Hearing set for May 17th and 18th. The court will evaluate the Plan of Reorganization and LATAM plans to target completion of the bankruptcy process and emergence from Chapter 11 later this year.

What to Know About Buying Penny Stocks on May 16th

Brazil’s largest domestic airline, GOL Linhas Aereas Inteligentes, could also be one of the penny stocks to watch following the SAVE & JBLU stock news. The company offers low-cost flights in Latin America and has alliances with American Airlines and Air France-KLM. Considering Spirit is a US-based discount airline, GOL stock could be in focus thanks to speculation buzzing in the stock market today. GOL also has GOLLOG, its cargo transportation arm. It is responsible for delivering parcels to areas of Brazil and abroad.

This week, GOL announced its new CEO, Celso Ferrer, who will succeed Paulo Kakinoff starting in July. Kakinoff served as CEO since 2012, with Ferrer having been a long-time executive of the company in roles including Chief Operating Officer and Chief Planning Officer.

Over the last month, GOL also came into focus following a series of critical developments, including a landmark logistics services agreement with Mercado Livre.

“Our cargo operation begins an exciting new chapter for GOL and GOLLOG by integrating our synergies as the lowest cost operator in the region with the needs of Mercado Livre, the largest e-commerce platform in Latin America. This partnership brings high added value and will help to democratize logistics services for all Brazilians,” said Paulo Kakinoff in an April update.

Speculation is usually a significant factor when looking for penny stocks to buy. In this case, airlines are in focus amid a slew of tailwinds. First, overall market strength has helped give stocks a lift over the last week. Meanwhile, travel stocks have gained attention thanks to the hope of a rebound in summer vacation trips. With the JetBlue, Spirit Airlines hostile takeover news, smaller airline stocks may have gained some sympathy momentum in kind. 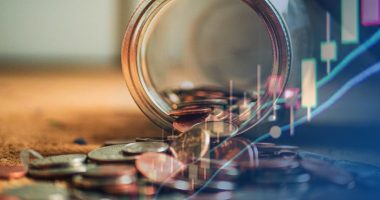 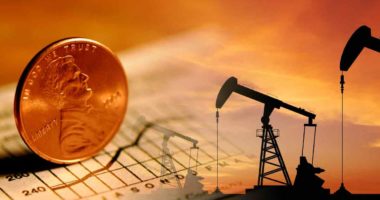 These energy penny stocks are climbing right now, here’s why 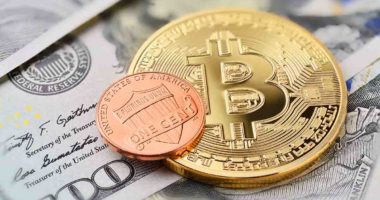 Penny stocks aren’t the only cheap assets to buy in 2022. Check out these penny cryptos. 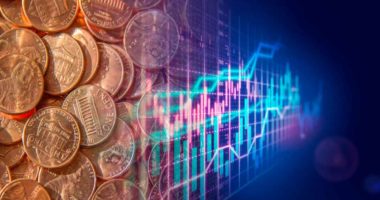 Top Penny Stocks to Watch This Week in April 2021