These penny stocks jumped alongside DWAC stock, are they worth watching?
Total
29
Shares
Share 27
Tweet 0
Pin it 2

Why These 3 Penny Stocks Exploded During Today’s Trading Session

Penny stocks are known for their volatility. But with that can come big moves in the market. Whether it’s because of an industry update or a company acting as the bellwether for a broader sector move, the potential for large gains is apparent. Right now, we’re seeing plenty of sympathy sentiment drive gains for plenty of cheap stocks in the market today. What’s more, with Bitcoin hitting over $66,000 (all-time high) only a day earlier and the S&P 500 reaching its sixth consecutive day of gains, investors are back in the risk-on trade. These aren’t the only trends helping drive bullishness in stocks.

Late in the week this week, there’s a strong focus on social media and communications stocks. It isn’t due to Facebook’s (NASDAQ: FB) proposed name change or metaverse. The move actually has a lot to do with former US President Donald Trump and his Trump Media company. It was confirmed that Special Purpose Acquisition Company (SPAC) Digital World Acquisition Corp. (NASDAQ: DWAC) would merge with Trump Media.

The former President explained that he plans to launch his new social media platform, “TRUTH Social,” next year. As you’ll see, some companies with exposure to this niche in the communication space have begun catching momentum during the Thursday session due to sentiment stemming from the DWAC SPAC ties to Trump Media.

Although no one can predict the future, there’s no doubt that investors are hopeful about the coming months. So, with that in mind, let’s take a look at three hot penny stocks that exploded during today’s trading.

Salem Media Group is another one of the high-volume penny stocks to watch today. It hasn’t reported any new updates since last week. However, the recent debut of Digital World Acquisition Corp. (NASDAQ: DWAC) has brought some sympathy sentiment to SALM stock. We discussed this phenomenon earlier today in our article, “4 Hot Penny Stocks To Watch After The 1,282% HX Stock Rally” and how big moves in certain stocks can trigger copycat trading in others.

If you’re unfamiliar with Digital World Acquisition Corp., the company recently gained acclaim as it is the SPAC set to become the public home of Trump Media. Slated to launch “TRUTH Social” next year, the proposed tie-up would value the new public company at an initial enterprise value of $875 million. Former US President Donald Trump said earlier this month that, “I created TRUTH Social and TMTG to stand up to the tyranny of Big Tech. We live in a world where the Taliban has a huge presence on Twitter, yet your favorite American President has been silenced.”

This has some traders searching for lower-priced penny stocks that may have some relation to the President. If you recall, Salem Media was a conservative outlet that gained acclaim during the former president’s stay in office. Furthermore, one of Salem’s network hosts, Dr. Sebastian Gorka, was also appointed to Trump’s National Security Education Board. It appears that in light of these ties, retail traders have picked up on SALM stock sympathy in the stock market on October 21st.

Nextplay Technologies Inc. is another decent gainer of the day, pushing up by over 10% at 12 PM EST. The reason behind this gain comes as the company announced its Q2 2022 financial results. In the results, the company brought in gross profit of $1.4 million with cash totaling $8.9 million. This is compared to only $445k at the end of February of this year.

The Co-CEO of Nextplay, Bill Kerby, states that “Our second quarter of fiscal 2022 was a major inflection point for Nextplay, as we transformed our business through several highly synergistic acquisitions, and laid the foundation for future growth and expansion. This resulted in record revenues of $2.6 million, which we expect to more than double in the current quarter as all of these acquisitions contribute fully.”

For some context, Nextplay is a tech solutions company that provides gaming, advertising, crypto-banking, and more to both consumers and companies alike. Its operations are quite broad in that it also participates in both Fintech and AI-based practices. So, if you’re looking for a diversified company with hands in several unique markets, NXTP stock could be worth keeping an eye on. And considering these results, do you think that NXTP deserves a spot on your penny stocks watchlist or not?

Up by over 5% at midday are shares of GROM stock. Grom Social Enterprises is a penny stock that we’ve covered numerous times in the past few months. And in the past month alone, shares of GROM stock have shot up by an explosive 118%. While no news is driving the price of GROM stock up today, we can look at its business to try and deduce why shares are moving. For some context, Grom is a social media platform that provides original content for children.

The platform can be monitored by parents to ensure the safety and security of the users overall. In addition, it provides gaming, connections with friends, and utilities its Top Draw Animation company to offer award-winning animation to its platform. Only a few weeks ago, the company announced that Top Draw added over $1 million in new projects via its Manila-based studio. This includes two recurring animated TV series, which will help to broaden its market reach in the coming months.

“Animation consistently delivers dedicated audiences because it’s typically timeless and escapist. Programmers rely heavily on their animated series and Top Draw Animation is prepared and energized to help entertainment companies around the world bring this visually rich brand of storytelling to life.”

This is all exciting for the company and shows just how valuable entertainment and social media can be. Whether this makes GROM stock worth adding to your list of penny stocks to watch is up to you.

Finding the best penny stocks to buy in 2021 can be a challenge. But, as we see, there is plenty of momentum for investors to take advantage of.

The best way to do so is to have a consistent and well-thought-out trading strategy on hand. This will put you in the best position to be a profitable trader in 2021. Considering all of this, which penny stocks are you watching right now? 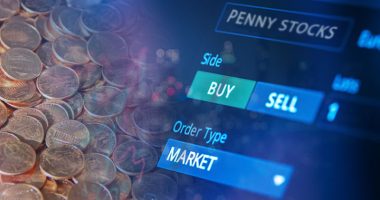 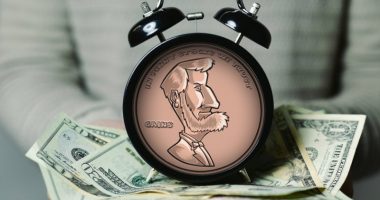 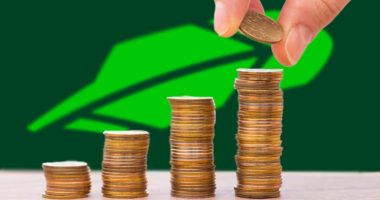 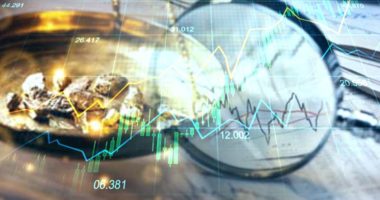