10 Robinhood Penny Stocks To Buy For Under $1 Right Now

Are You Looking For Cheap Stocks To Buy Today?

Should you have been fortunate enough to make money with penny stocks this year, you’re likely familiar with a trend. That trend is one to do with retail trading momentum fueling massive breakouts of stocks like Support.com (SPRT Stock Report), Vinco Ventures (BBIG Stock Report), AMC Entertainment (AMC Stock Report), GameStop (GME Stock Report), and others.

While many of these former penny stocks were also fueled by short-squeezes, the initial spark began with boisterous day traders hyping up different aspects of each company. Whether it was stocks with high short interest or corporate developments like a merger, once fixated on a topic, waves of retail traders follow.

Some of the most popular platforms favored by this group are ones offering a mobile-first experience. Webull and Robinhood are two of the most popular right now, but they come with a catch. For the most part, and with only a few exceptions, these platforms allow trading of only NASDAQ and NYSE stocks; that includes penny stocks. So when it comes to finding these big “meme stock” breakouts, it’s wise to turn your attention to cheap stocks on major exchanges, and yes, penny stocks do exist outside of the OTC. The hard part, however, isn’t finding penny stocks on Robinhood.

Robinhood Penny Stocks To Buy Under $1 [or avoid]

For those looking for the cheapest stocks – ones under $1 – the choices are slim. That’s because major exchanges require companies to meet minimum price requirements (among other things), which is, of course, the $1 threshold.

So while there are penny stocks under $1 on Robinhood and Webull, the risk is that if these stocks remain below that level for too long, they could get delisted and, in turn, your access may be restricted to full trading. For the second half of this list of penny stocks under $1, check out “5 Penny Stocks On Robinhood To Buy For Under $1 Right Now.”

This article will discuss 5 more penny stocks on Robinhood that can be bought for under $1 right now. Will they be the best to have on your list, or should you avoid them entirely? I’ll leave that up to you.

The rise of streaming entertainment has shifted the interests of viewers from traditional cable to other platforms. Netflix, of course, has become one of the standouts. However, this opens the door for more competition. With that has comes a growing need for content. Companies like Disney, NBC, Comcast, Amazon, and others are trying to fill their catalog with unique programs their viewers will enjoy and keep coming back for.

ErosSTX is an international film distribution company with direct ties to Hollywood and Bollywood content. The company distributes both its own productions and third-party projects that it has acquired and has worked with producing partners like Miramax, Black Label Media, and Imperative/30West, among others.

One of the recent drivers in the market for ESGC stock was the company’s latest deal with Amazon Prime Video. The two closed a multi-year deal in South Africa, expanding an existing strategic pan-European partnership that was struck in the UK, France, Italy, and Scandinavia. Via this deal, Prime Video subscribers in the territory have access to view STXInternational’s catalog of titles. With this recent move, ESGC stock has been one to watch, especially for those looking for Robinhood penny stocks under $1. However, with receipt of non-compliance coming from the New York Stock Exchange late last month, the clock is ticking for ErosSTX to regain a minimum bid price of $1.

Energy stocks have also received some bullish interest recently. Thanks to issues in the manufacturing supply chain and added pressure from infrastructure expansion, energy sources are in high demand. Right now, it doesn’t matter if it’s traditional oil and gas or more “ESG-friendly” sources; the trend is clear.

Borr Drilling focuses on offshore drilling of oil and gas. The company owns and operates jack-up rigs used in shallow-water areas. Aside from the uptick in energy usage, Borr has also reached a few milestones of its own. In particular, the company’s latest round of earnings showed strong growth for the company. It reported a 13% increase in operating revenues compared to the same time last year. Furthermore, EBITDA grew significantly during the same period. According to Borr, there’s also an LOI/LOA on the table for two rigs in West Africa that add to the company’s potential backlog of 6,398 days that could equate to $542 million.

“Based on ongoing negotiations expected to be concluded in the coming weeks, we anticipate having 17 rigs operating and generating revenue by year-end. Against a backdrop of elevated oil prices, rig demand reverting to and outpacing pre-pandemic levels, and rig supply naturally reducing, we are well-positioned to benefit from the current environment…”

In light of this, BORR could be one of the energy penny stocks to watch right now.

In certain circumstances, when companies raise money in the market, stock prices drop. That’s usually because the price of the raise is discounted compared to market prices when the news of the raise comes to light. In this case, Progenity faced exactly this situation late last month. The biotech company priced a 40 million share offering at $1 per share when PROG stock traded well above $1.50. Needless to say, the financing was recently closed, and now the company has fresh cash in had to put toward operations.

Accordingly, Progenity explained the use of proceeds were to “support its operations, invest in research and development” concerning its women’s health diagnostic tests and its precision medicine platform.

Read more: 6 Penny Stocks To Buy According To Analysts, Targets Up To 322%

In particular, the company has been working on advancing things like its PreecludiaTM test to rule out preeclampsia in pregnant patients. A recent study demonstrated that Preecludia could “significantly distinguish” between the presence and absence of preeclampsia. As of those results (in late July), the company said that it would “soon publish” results in a peer-reviewed medical journal. So as the market awaits more details, PROG stock has continued to recover from its August sell-off.

Education technology stocks, especially in China, have taken the small-cap market by surprise recently. Some concerns surrounding the potential de-listing of China-based companies sent some stocks plummeting earlier in the year. However, that doesn’t seem to be a factor right now. Heading into the last month of the 3rd quarter, some Chinese education stocks are beginning to rise.

Meten Edtech is one of these penny stocks. The company provides English learning technology services in China. Through its digital platform and learning network, Meten provides services to adults and children. This week the company announced its latest initiative, which could spark some interest for a different reason.

Meten reported developing a blockchain and cryptocurrency business to transition the company into “a new benchmark among innovative enterprises.” This will include Dogecoin and NFTs believe it or not. With the hype and excitement surrounding these facets of digital asset technology, METX is clearly working to evolve its model and could be something to watch. However, like with most low priced stocks, risk can also play a big role.

Molecular Data is another one of the penny stocks on Robinhood under $1, gaining steam right now. Heading into September, the company’s shares have managed to bounce back from 52-week lows of $0.37 to highs this week of nearly $0.48. This may only be an 11 cent move. But that represents a jump of nearly 30%. This emphasizes the potential that cheap stocks can hold. Obviously, that doesn’t come without just as much risk to the downside.

In any case, Molecular Data has bounced back a bit thanks to attention being placed on Chinese tech stocks. The company specializes in logistics. In particular, it offers a platform connecting participants in the chemical industry supply chain. The company offers eCommerce solutions along with warehousing solutions. What’s more, and similar to Meten, Molecular Data has also focused on expanding into the blockchain tech world. Earlier this quarter, the company announced a partnership with Wanxiang Blockchain. The focus is digitizing the chemical industry as a whole. Addressing things like supply chain bottlenecks, enhanced eCommerce, and the like, The two plan to establish a digital platform build on the blockchain.

With e broad focus on digital assets and blockchain technology right now, MKD has managed to gain some attention heading into September.

When it comes to finding penny stocks to buy, a lot can go into planning. Whether it’s identifying key trends or finding pockets of bullish momentum, all things should factor into your strategy. With cheap stocks like these, the lower the price, the less a stock needs to move to produce significant gains. Similarly, losses can amount just as quickly if trades turn against you. That’s why it’s always important to keep this in mind before jumping right into a trade. Have a plan, set your backstops, and decide which penny stocks to buy or avoid based on your criteria. To see the second half of this list of penny stocks check out “5 Penny Stocks On Robinhood To Buy For Under $1 Right Now.” 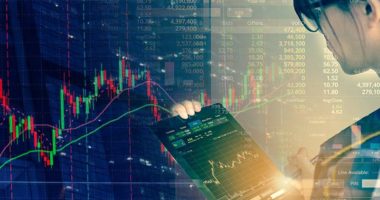 Are These Penny Stocks to Buy Ahead Of Snowflake’s IPO? 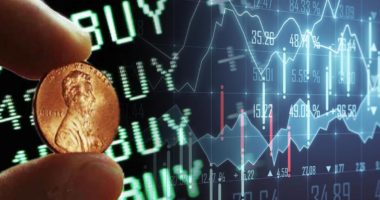 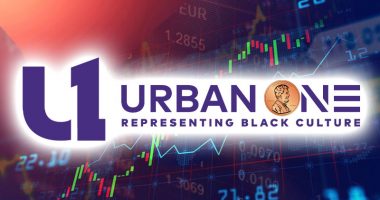 Shares Of Urban One Inc. Left The Penny Stock Station This Week… 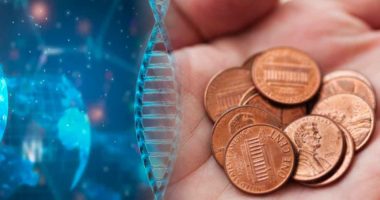 Biotech penny stocks are back in focus; should these 3 be on your watchlist?