4 Penny Stocks To Buy Under $1 Right Now; Are They Worth It?

Penny Stocks Under $1 To Watch Today

Penny Stocks are some of the most widely sought after equity classes among day traders. The fact that you can spend a small sum in return for larger percentage gains is a unique phenomenon. While blue chip stocks like Apple, Amazon, General Motors, and others may be “safer” bets, penny stocks offer something different. It’s something that those larger-cap stocks don’t typically see.

What I’m talking about are quick gains in short periods of time. Now, I’ll preface this with the following because I know there will be some who say, “Nope” anyway. Not all penny stocks breakout big in a short time frame. Also, there have been instances where large-cap stocks rally hundreds of percentage points in a short period of time. A few that come to mind recently were Tesla, Nikola, & Zoom. Obviously that isn’t the norm but I’ll point it out, all the same.

Where the “elusive” blue chip breakout is infrequent, the likelihood you see penny stocks hitting 100% or more in a single session is high. For the better part of the last 3 quarters, I don’t think there’s been one week where we haven’t seen a huge mover. Heading into this week, the broader markets have mounted a bit of a recovery. Following last week’s rout, the S&P and Dow have both bounced so far. With upcoming fed policy hearings coming, it will certainly be something else to keep in mind this week.

Penny Stocks To Buy For Under $1: Exela Technologies Inc.

We discussed Exela Technologies Inc. (XELA Stock Report) as one to watch ahead of the Snowflake IPO. The company develops business process automation. Last week’s initial surge was sparked by market momentum after a news update. XELA stock shot up after a multi-week downtrend when the company launched a cloud-based claims processing gateway for the healthcare sector.

One of the bigger topics of discussion has been cloud services and SaaS stocks in light of the upcoming Snowflake IPO. According to Exela, the platform – PCH Global – enables healthcare providers to “streamline the submission of healthcare claims, and enables payers to more efficiently process” claims and related payments.

This week, XELA stock continues turning heads with even more developments. On Tuesday, Exela announced that, together with General Dynamics Information Technology, it has been selected by the U.S. Department of Veterans Affairs to provide services under the VA’s Veterans Intake, Conversion, and Communication Services program.

According to Exela, the program has a potential value of nearly $188 million that begins in Q4, and thereafter over a five-year term. During premarket trading, XELA stock reached a high of nearly $0.50. Considering that its 200 Day Moving Average has become somewhat of a magnet. Each time shares have bounced off of the 200DMA, they’ve quickly come back down. Will that continue or can XELA stock finally establish a new uptrend?

Penny Stocks To Buy For Under $1: Tonix Pharmaceuticals Holding Corp.

Tonix Pharmaceuticals Holding Corp. (TNXP Stock Report) has tried to find its footing after pulling back from July highs. Earlier this year, TNXP stock jumped from below $0.60 to higher than $2.46. The jump came after the company entered a deal with Columbia University. It focused on studying the immune responses to COVID-19 in healthy volunteers who have recovered from COVID-19 or were asymptomatic.

This week, TNXP stock is back in the spotlight after another key update. We’ll have to see if this triggers a new trend or if it’s another short-lived event; you decide. Tonix announced that it enrolled its first patient in its observational COV-LOGIV study (TNX-C001). This is studying antibody and T-cell immune responses to SARS-CoV-2 in volunteers who’ve either recovered from or are asymptomatic after exposure to COVID-19.

Seth Lederman , M.D., President and CEO of Tonix said, “Our goal with TNX-1800 is to develop a vaccine that is well tolerated, produces strong, long-lasting immunity, and can be rapidly and broadly deployed.  The features of a protective immune response to SARS-CoV-2 remain unknown.  But since SARS-CoV-2 is a virus, we believe that T cell responses, in particular T Helper Type 1, or TH1 responses, will play an important, if not dominant, role in protecting against serious illness from COVID-19.”

Shares bounced to highs of $0.95 during premarket trading on Tuesday morning.

Penny Stocks To Buy For Under $1: Novus Therapeutics

Novus Therapeutics (NVUS Stock Report) is one of the penny stocks under $1 we discussed last night. It had a multi-point announcement that hit on several key developments triggering big momentum in the market. First, Novus announced the completed acquisition of Anelixis Therapeutics, Inc. This is a clinical-stage biotechnology company developing an anti-CD40 Ligand (CD40L) antibody. Specifically, it’s being targeted as a potential treatment for organ and cellular transplantation, autoimmune diseases, and neurodegenerative diseases.

What’s more, is the company also appointed members to new management roles as well as new directors. The acquisition also comes with a $108 million preferred stock offering. The proceeds are slated for advancing AT-1501 Phase 2 clinical trials in up to four indications.

“Through this acquisition and financing, we now have the scientific, organizational and financial resources to build upon a deep historical understanding of the CD40/CD40L pathway, as well as Anelixis’ preclinical and Phase 1 data, to address the needs of people undergoing organ or cellular transplantation, or living with autoimmune and neurodegenerative diseases,” said incoming CEO Dr. David-Alexandre “DA” C. Gros.

Penny Stocks To Buy For Under $1: Camber Energy Inc.

Energy stocks have been mixed over the last few quarters. Concerns related to supply and demand as well as the future outlook of global trade have further weighed on the sector. In the case of Camber Energy Inc. (CEI Stock Report), shares have gotten beaten down for months. Late last week, CEI stock reached a new 52-week low of $0.46. However at the start of this week, Camber stock is in the spotlight after its latest update.

The company announced that on September 4th, the company filed an amended registration statement with the SEC. This included a preliminary joint proxy statement related to the planned merger with Viking Energy Group. The two companies are now waiting on additional comments from the SEC. This merger is planned for Camber to issue new shares of the company to equity holders of Viking in exchange for 100% of Vikings outstanding shares.

CEI stock jumped to highs of $0.60 during premarket trading on Tuesday. 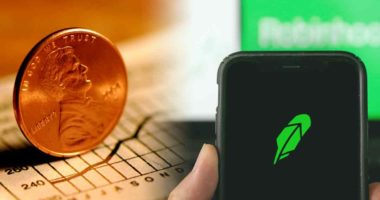 These Robinhood penny stocks shot up big today; are they on your watchlist? 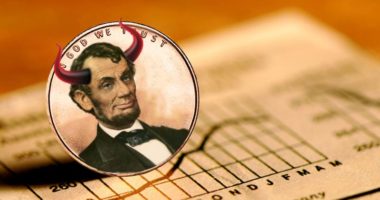 Are These 4 Penny Stocks On Your Radar This Week? 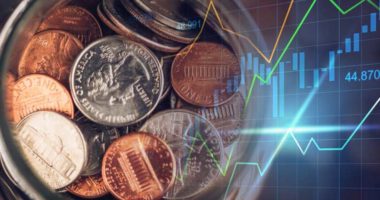 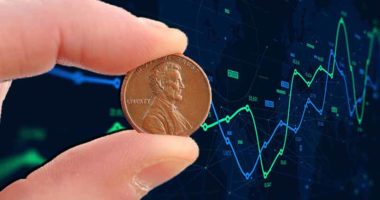