When it comes to finding top penny stocks to buy, everyone has their own strategy. Some look for unusual volume or higher volatility to make a quick trade. Others look for sound fundamentals to sink their teeth into for a long-term investment. Meanwhile, there are plenty of other things to factor in, no matter if you’re trading or investing in penny stocks. These are things like social sentiment, the overall market trend, different industry events, and what analysts are saying.

All of these things combined can help put together a sound strategy when it comes to putting your watch list together. One single factor doesn’t generally play the only role, but each carries some weight when it comes time to hit buy. In this article, we’re going to discuss a few current and former penny stocks that analysts have recently weighed in on. Thanks to major milestones and progress, these analysts appear bullish on some of these names right now.

Hot Penny Stocks To Watch [according to analysts]

B. Riley, Roth Capital, and HC Wainwright cover GT Biopharma. Last week, B. Riley Securities upped its $21 price target to $26. The analysts from B. Riley explained, “Based on the press release and our subsequent conversation with management, we are encouraged by the mounting evidence of clinical activity and the emerging safety profile of lead asset GTB-3550…With the dose-escalation portion of the trial expected to complete towards the end of August 2021, we are raising our probability of success for GTB-3550 in CD33+ acute myeloid leukemia (AML) and higher-risk myelodysplastic syndrome (HR MDS) from 25% to 30%, with a commensurate increase in our 12-month price target.” Read Full Analyst Report Here.

Both Roth & HC Wainwright also have Buy ratings and $25 price targets, of which HC reiterated its stance this week. The main point of interest when it comes to GT Biopharma is its immunotherapy pipeline. Its solid tumor TriKEs are designed to target breast, lung, gastric, colorectal, and ovarian cancer indications. These indications include ones that express HER2 (GTB-6550), PD-L1 (GTB-4550), and B7H3 (GTB-5550). More importantly, GT’s lead treatment, GTB-3550, is progressing through Phase trials right now. The current Phase 1/2 clinical trial for GTB-3550 demonstrated potential, which has raised eyebrows in the analyst community. B. Riley discussed how NK cell therapy combined with GT’s TriKE showed “synergy” in preclinical prostate cancer. The image below shows GT Biopharma’s GTB-5550 TriKE combined with Fate Therapeutics’ FT538 iNK cells.

The combination showed significant results compared to 3 other models on a 72-hour timeline. This week, the company participates in Sir Anthony Ritossa’s Global Family Office Investment Summit in Monaco from June 30 to July 2, 2021.

This week, analysts at Craig Hallum initiated coverage on comScore. The firm started SCOR with a Buy rating and put a $7 price target on it. Analyst Jason Kreyer joins other firms, including Loop Capital, with a bullish stance on the company. Loop upgraded its rating on the company earlier this year. As it stands right now, the firm has a $4 target and switched its Hold rating to a Buy.

SCOR stock has been on the rise for the better part of the last 8 months. Last November, shares hovered under $2, and as of this week, the former penny stock has reached new 52-week highs over $5 a share. One of the key drivers for the stock has been the company’s data platform.

comScore handles media data, including audience insights, to help media buyers and sellers quantify user behavior and make better business decisions when using media to engage an audience. It’s coming off of a strong quarter after doing over $90 million in sales, beating analyst estimates by a clear margin. With reopening continuing globally, media engagement and entertainment are likely to be a focus.

Another one of the former penny stocks that has dominated for the last few months is Mogo Inc. Since last November, shares have risen from under $1.30 to as high as $12.29 earlier this year. Mogo kicked off the final week of the quarter with another big move. The stock jumped over 12% during the session.

This month BTIG Research started its coverage on the company giving it a Buy rating. The firm also issued a price target of $13. Analyst Mark Palmer highlighted Mogo’s ownership stake in cryptocurrency exchange Coinsquare. He also said that the company offers an “attractive means” for investors to take advantage of the changing Canadian financial services industry and the adoption of cryptocurrencies.

With a price target of $10 from BTIG Research, Bionano recently came back onto the radar of retail traders. BNGO stock was one of the unicorn penny stocks from earlier this year. Shares skyrocketed from under $1 at the end of 2020 to over $15 by mid-February. However, BTIG isn’t the only firm bullish on the former penny stock. Oppenheimer and Maxim Group have also gotten behind the genome analysis company.

Adding to the attention is Bionano’s membership into the US Small-Cap Russell 2000 Index this week. Erik Holmlin, Ph.D., CEO of Bionano Genomics, said, “We believe this milestone is a reflection of the growing awareness of optical genome mapping (OGM), the significant progress our business is making towards OGM being part of routine use in genome analysis, including cytogenomics and another step forward in expanding awareness of Bionano among institutional investors.”

Considering where Anavex stock is trading right now, it’s hard to believe that it was ever a penny stock. Believe it or not, AVXL shares were trading under $5 at the start of Q4 last year. This week, the former penny stock broke above $31 per share after announcing a major breakthrough followed by an analyst rating update. Anavex reported that its ANAVEX2-73 Parkinson’s treatment candidate might “have the potential” to treat Parkinson’s disease dementia based on mid-stage proof-of-concept data.

As a result, Anavex said it would submit its biomarker-correlating efficacy data from the study with the US FDA. The company is seeking regulatory guidance; however, there weren’t any specific details on the timing. HC Wainwright analysts were well-timed with their update as well. On the same day Anavex announced this update, the firm adjusted its $25 price target to $39 and reiterated its Buy rating.

Unlike most stocks on this list, Qumu Corporation hasn’t had the best year leading up to this week. In fact, at the start of 2021, QUMU stock was trading over $8. Last week it hit lows of $2.80. However, over the last few days, things seem to have woken up. The penny stock has climbed from those levels to highs this week of over $3.80. There weren’t any key updates to accompany the move on Monday. But if you look at some news from last week, it could shed some light on where this optimism is coming from.

The company announced that it teamed up with Birmingham Country Football Association to “empower” player engagement. The company aims to do this by bringing video engagement and tracking capabilities to the Football Association. BCFA can now holistically and consistently create and distribute asynchronous video through Qumu’s secure platform,” said TJ Kennedy, president, and CEO at Qumu. Earlier this year, Northland Securities initiated coverage on Qumu with an Outperform rating and $12 target. However, it’s also important to note that analysts at Craig Hallum downgraded the penny stock this month from Buy to Hold and have a $6 target set for Qumu right now.

Thanks to the efforts of the Centers for Medicare & Medicaid Services, a recent policy change has put attention on MannKind this week. This was concerning the Medicare Administration Contractors implementing a change to the Local Coverage Determination L33822. This allows approval to Medicare patients living with diabetes the ability to select both MannKind’s Afrezza and Continuous Glucose Monitors.

The criteria change goes into effect July 18th and lifts a restriction that forced patients to choose between these two tools. “Prior to this change, Medicare denials were occurring for patients using CGMs and inhaled insulin as an alternative to injected mealtime insulin,” explained Michael Castagna, PharmD, Chief Executive Officer of MannKind.

This could help support some analysts weighing in on the stock earlier this year. SVB Leerink issued an Outperform rating and $5 target in March. It joined other bullish firms, including HC Wainwright ($6 target), BTIG Research ($8 target), and Oppenheimer ($7 target).

Whether we’re talking about current or former penny stocks, there’s plenty that goes into the due diligence process. Since having a watch list helps, things like analyst ratings and social sentiment can offer some tools to sift through the thousands of stocks available in the stock market today. The most important part is understanding what and why you’re buying then have an exit strategy in mind to secure some gains. 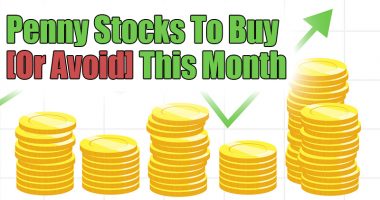 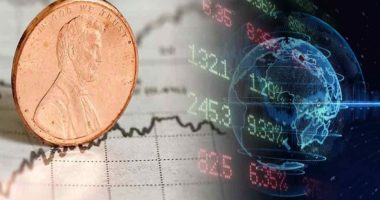 Tech penny stocks are moving upward; here are 3 for your watchlist 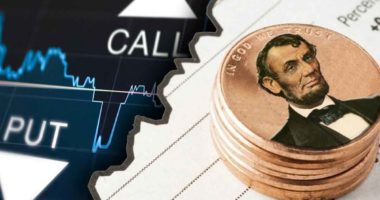 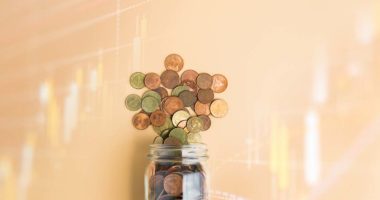