Will These Penny Stocks Benefit From the FOMC Meeting?

Government events always have a large effect on both penny stocks and the stock market as a whole. And while it’s difficult to predict just what that effect will be in the short term, it’s easier to consider in a longer time frame with penny stocks. Today, the Federal Reserve’s meeting adjourned, and Jerome Powell wrapped up an hours-long press conference. Investors showed mostly neutral sentiment today and yesterday, anticipating high inflation and potential rate hikes in today’s meeting.

This resulted in an afternoon selloff, which was mostly expected. One of the bigger notes from the event came as the Fed announced two potential rate hikes in 2023. Those hikes were illustrated in a dot plot provided by the Fed, for the next year and a half or so.This resulted in some fear in the market, but Powell states that the data should be taken with a “grain of salt”.

Powell then went on to state that the current economic condition is not conducive to rate hikes. There needs to be stronger job data and lower inflation for that to occur. However, the potential of a rate hike should come as good news as it is a sign that the economy is recovering from the pandemic. While financially it is not the most encouraging, it is a great sign for economic recovery overall.

And during Powell’s speech, he showed an overly optimistic tone, all pointing to positivity about the future. So, while the effects of today’s events will likely be felt in both short and long-term trading, it’s important to consider it wholly. With all of this in mind, let’s take a look at four penny stocks to watch following the Fed meeting and Powell’s remarks.

4 Penny Stocks to Watch With Potential Rate Hikes in 2023

Biotech penny stocks like Mind Medicine (MindMed) Inc. have been performing very well recently. Mind Medicine creates psychedelic medicines in the United States. It is involved in the discovery, development, and deployment of psychedelic-inspired medicines and therapies. Its current drug pipeline includes Psilocybin, LSD, MDMA, DMT, 18-MC, and more. Obviously, this is a new market, and one that is only just beginning to gain traction. But, the therapeutic potential of these compounds is great and largely untapped.

Psychadelic penny stocks are performing well as many companies in the niche are growing in both size and popularity. Its latest update comes from May 26th when the company published its first pharmacogenetics data report on LSD in collaboration with Liechti Lab in Basel, Switzerland.

“This is the first data on the pharmacogenetics of LSD. The results indicate that a test of the metabolic function of a patient by CYP2D6 phenotyping and genotyping can be used to adjust the dose of LSD. Such information is important for the further development of LSD into medication and could ultimately help to personalize patient treatment.”

Again, the field of psychedelics and publicly traded psychedelic stocks are both very new to investors. However, new can be good if it is done correctly. In the past month, shares of MNMD stock have risen by around 12%. And, in the past year, that number jumps to a staggering 1,143% as of June 16th. With all of this in mind, will MNMD be on your watchlist?

Many retail companies, such as 1847 Goedeker, are outperforming the market as reopening takes place globally. This pertains to Powell’s announcement today, as his optimistic world outlook could apply to the retail market. This company in particular is an e-commerce platform for furniture and home appliances.

During the pandemic, home improvement has increased dramatically with more people having the time to spend on it. This helped 1847 Goedeker perform well since the beginning of Covid. The company also sells fitness equipment, which again, was and is a major market due to the pandemic. June 16th, Goedeker announced its Q2 2021 results which could be the reason behind its over 5% gain today. The company’s revenue broke a record, moving up 41.9% year over year.

“We continue to operate at more than a $500 million annual revenue run rate through May. While our fill rate of 61% remains well below our historical 85% rate, we continue to believe we will see a return to normal shipping trends as manufacturers catch production up to consumer demand in the latter part of the third quarter.”

GOED stock continues to see solid bullish sentiment as this performance report was released. Its volume is also up by more than double its average as of June 16th. Because of these stellar results, Goedeker Inc. looks like an interesting play for the retail market. Whether it deserves a spot on your list of penny stocks, however, is up to you.

Ideanomics Inc. is a penny stock that we have discussed frequently over the past few months. This is due to its consistent momentum and the amount it is mentioned as a Reddit penny stock. If you have not heard of the company, let’s get you up to speed. Ideanomics is an EV penny stock that focuses on the adoption of commercial electric vehicles.

The company offers services such as EV financing, charging, and energy management for companies that are looking to adopt electric vehicle technology into their business. But wait, there’s more. On the other side of its business is Ideanomics Capital. This sector invests in budding fintech, greatly broadening Ideanomics’ reach in the financial and tech markets.

Ahead of a new advancement, IDEX stock is moving up in the market. On June 14th Ideanomics announced that it has acquired U.S. EV tractor company Solectrac. It acquired the remaining 78.6% of the company which gives it a more than majority ownership.

While many think of electric cars as the main source of a sustainable future, few consider the major agriculture industries’ use of fossil fuels. And, many farmers spend the majority of their operating costs on fuel for their vehicles. So, to transition to electric would be major for this industry.

“EV tractors have proven to be superior to their diesel counterparts not only when it comes to torque and overall performance, but also when you consider operating costs, reliability, and the positive impact they have on the environment. They are also an underserved part of the market when it comes to EV initiatives.”

With this in mind, IDEX stock could be worth considering for your 2021 watchlist.

Cinedigm Corp. is an entertainment penny stock that is highly discussed across social media and for good reason. For those unfamiliar, CIDM is a distributor and licenser of independent movie, television, and short-form content. It has a library of distribution rights to digital, physical, home, and mobile entertainment platforms. Cinedigm also services digital cinema assets on 12,000 movie screens. It distributed products for major entertainment companies such as the NFL, NHL, Scholastic, Hallmark, and many others.

The founder of FoundationTV said, “Through this partnership, we are thrilled to integrate our intelligence-driven cloud-native streaming technology platform into Cinedigm’s growing streaming business. There’s a strong need for content in the booming Southeast Asian market and the technology will allow Cinedigm to expand their global streaming footprint to a new enthusiastic audience.”

Over the past six months, shares of CIDM stock have increased by over 85%. Today alone, shares rose by a respectable 2%. Keep in mind CIDM stock was at under $0.70 per share when 2021 started and now it sits right at the $1.50 mark. As an entertainment company, CIDM could be worth keeping an eye on for the near and long-term future.

While we likely won’t feel the full effects of today’s meeting for some time, large economic events are always important to consider. We discuss staying up to date with the news quite frequently on pennystocks.com. And that’s because it is one of the largest impacting factors in the market.

With a positive outlook on the future, it seems as though the market could be headed in a solid direction. Considering this, which penny stocks are you watching right now? 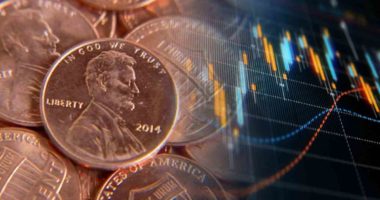 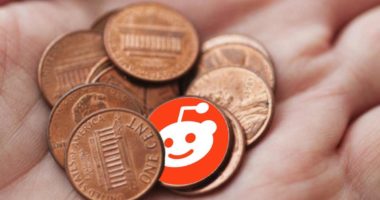 Former penny stocks on Reddit you might’ve overlooked this month 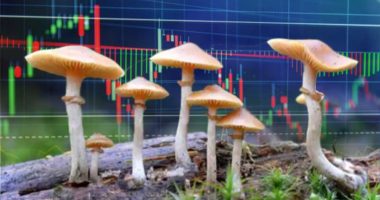 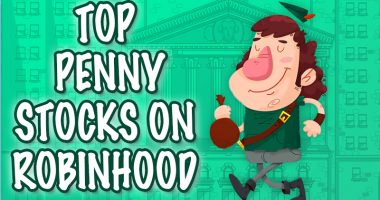 When investing in penny stocks, keep in mind that while these cheap…