Are These Cheap Penny Stocks Worth The Risk?

If you’re wondering how to get started in the stock market, penny stocks are one of the things you’re interested in. While you won’t find major news outlets reporting on these cheap shares, you will find plenty of chatter online. Most notably, Reddit has taken center stage when it comes to discussions about penny stocks. It’s also become a source for speculation, even for some of the highest-priced names in the stock market today. While companies like AMC (NYSE: AMC) and GameStop (NYSE: GME) take the crown among meme stocks, there are still plenty of other stocks to watch.

With hype becoming a driving force for many stocks right now, it’s also important to understand your risk tolerance. If you’re brand new to trading or have some experience looking to expand your skills, the psychology of trading is important. Knowing when it’s time to cut losses in a losing trade or begin taking profits in winning trades is key. On top of this, understanding what’s driving momentum in the market should also play a role.

Aside from these trading topics, another thing to be aware of is the price of penny stocks you’re looking at. It’s easy to get caught up with the excitement of the market. But when that excitement puts a spotlight on cheaper stocks like those under $1, volatility is much more pronounced. For example, if you’ve got two penny stocks on your list and 1 is trading at $1 while the other trades at $4.50, a few pennies could make a big difference for the cheap of the two. Let’s say that the $4.50 stock drops 10 cents. That’s only a change of about 2%. However, if that $1 penny stock dips 10 cents, you’re looking at a much more significant loss on your position.

This leads me to the topic of today’s article: penny stocks under $1. While most of these will trade “Over The Counter” or on the “OTC,” there are still plenty listed on major exchanges. When it comes to trading apps that’ve grown in popularity, like Robinhood & Webull, the choices are limited when talking about stocks under $1. This is because both apps (for the most part) only allow access to NYSE and Nasdaq-listed names.

In this article, we’re going to look at some of the more popular Webull & Robinhood penny stocks under $1 right now. Whether or not they’re top names to buy is ultimately up to you. In any event, most have seen a surge in momentum heading into June & could be on the list of penny stocks to watch for some high-volatility traders right now.

One of the more notorious marijuana penny stocks traders continue looking at is Sundial Growers. The company has raised millions of dollars in the market, leading to large amounts of dilution. In February, Sundial even filed a shelf registration with the Securities and Exchange Commission to issue up to $1 billion worth of securities. However, events like that don’t seem to have deterred avid traders from buying up shares of the pot stock.

Despite being down over 70% from its 2021 high, the year hasn’t been that bad overall. If you look at where SNDL stock was trading at the start of 2021, you’ll see what I mean. In the last 6 months, shares are up over 100% year-to-date. Last week was another active one for SNDL as well. Volume surged as share prices continued recovering from May lows.

While only rumors have been spun around SNDL stock concerning this, the company has made headlines in recent weeks. Early in May, Sundial announced a $131 million acquisition of Inner Spirit. The combined company will remain focused on providing quality cannabis to consumers. It is taking a “responsible and disciplined approach,” and with the deal expected to close early in the third quarter, timing has played a role. In particular, the deal gives Sundial access to the Spiritleaf retail network. It has grown to become Canada’s largest single-brand retailer with 86 stores and serving 2.3 million guests in 2020.

Zomedica stock continues to be one of the most popular penny stocks on Robinhood. On the list of Robinhood’s Top 100, ZOM is 1 of just 3 penny stocks under $1. While the recent trend in the stock market hasn’t been as bullish as its “Robinhood popularity,” there are a few things traders remain focused on heading into the summer. The foremost entails Zomedica’s commercialization strategy for its recently launched TRUFORMA diagnostic device for animals.

In its recent Q1 business update, Robert Cohen, Zomedica’s Chief Executive Officer, explained that TRUFORMA® is “now is on the market and we are building out our direct sales organization to reach our customers; we are working hard with Qorvo Biotechnologies, our technology partner, to complete additional assays to complement the initial three that are currently available to customers; and we have cash and cash equivalents of more than $250 million to support our commercialization efforts and our product and corporate growth plans. We believe that we are well-positioned for success.”

The company has also brought on a Vice President of Business Development to lead its acquisition and licensing efforts. So as the company has made efforts to increase its leadership to drive future sales, momentum seems to have recently come back into ZOM stock. Furthermore, despite being down from its 2021 high, shares are still up over 230% year-to-date. The biggest question now is what will the company’s commercialization strategy yield before the end of the year?

Another name on the list of penny stocks under $1 on Webull & Robinhood is Farmmi Inc. The mushroom retail company has gained popularity over the last few weeks. Ironically this came after a huge drop in share price. In fact, some of the biggest trading volumes came after FAMI stock fell in April. The crash was credited to Farmmi’s announcement of a $42 million offering at a price per share of $0.30. Considering the massive discount, the market reacted how most would expect it.

Needless to say, with fresh capital in hand, the focus is now on the deployment of proceeds. Fast-forward a few weeks, and Farmmi has already begun closing new deals. The company has won numerous deals, and it has also begun establishing an agricultural supply chain. According to Farmmi, it plans to invest in companies with storage facilities that could extend its logistics network.

“At present, the penetration rate of the digital economy in agriculture in China is estimated to be only 8%, compared with 36% for industries in China as a whole. The number of rural internet users exceeded 300 million, while number of agricultural products sold via internet or supply chain is still small. Compared with other industries, the digitization of agriculture in China still lags behind,” the company said earlier in May.

Shares of Evofem have mirrored a similar trend as most of the names on this list of penny stocks. The biotech company’s price has slid in recent months, but the latest volume trend has shown an increase in momentum. As a precursor to this, Evofem’s shares fell victim to negative sentiment stemming from raising capital.

The company announced a $50 million offering at $1 when the stock was trading above $1.20. This came just a few months after EVFM stock took a big blow, following another discounted offering in March. Needless to say, the company’s outlined use of proceeds could have it back in focus right now. Evofem intends to use the net proceeds from the offering for the full commercialization activities related to Phexxi® (lactic acid, citric acid, and potassium bitartrate). This is the company’s lead product as a female contraceptive. Evofem also plans to deploy capital to support its ongoing EVOGUARD Phase 3 clinical trial evaluating EVO100 to prevent chlamydia and gonorrhea in women.

So after raising nearly $100 million over the last few months, commercialization is now in the spotlight. Heading into June, the company will be presenting at an upcoming conference that could be a point of interest for retail traders. Next week on the 8th, Evofem’s CEO Saundra Pelletier provides an update on the commercialization of Phexxi®, the Phase 3 EVO100 clinical trial, and other ongoing initiatives. Keep this in mind if EVFM stock is on your list right now.

This is the first week of the final month of Q2. Considering the mixed market trends in May, it will be important to focus on sentiment in general. While I’m sure there will be penny stocks to watch daily, follow-through is key. If you’re a day trader, this might not be a focus for you, but anyone swing trading or even investing in penny stocks should focus on how stocks trade after an initial jump.

Volume is important, and so is what companies announce. Also, don’t forget to take profit along the way. The last thing you want is to get caught in a trade that falls apart thanks to a discounted share offering or some unforeseen industry news. Either way, plan accordingly and have a clear strategy outlined before jumping into any trade.

New To Trading Penny Stocks? Check Out Some Of These Articles: 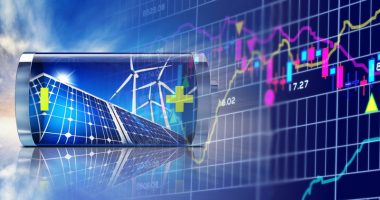 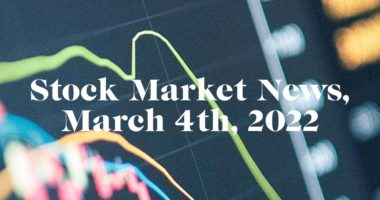 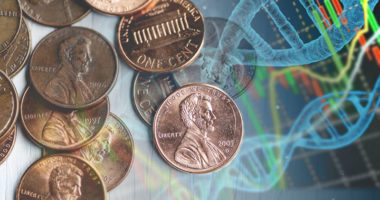 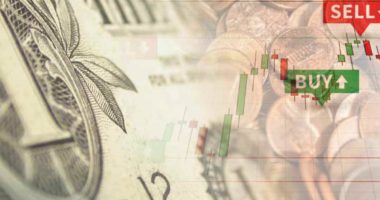