Lithium penny stocks could be an interesting choice to play the EV and tech markets; here’s 3 to watch
Total
10
Shares
Share 8
Tweet 0
Pin it 2

Are These Lithium Stocks Worth Buying?

When it comes to penny stocks, it’s important for investors to find opportunities in a diverse range of industries. And right now, there are plenty of penny stocks in the lithium industry that could be worth watching. For starters, lithium is one of the hottest commodities in demand around the world. This has affected everything from energy stocks to tech stocks and more.

The reason for that; batteries. Lithium is the main component in most batteries used today. This includes those used in electric vehicles, smartphones, and essentially anything that is electronically powered. Because of this, many lithium penny stocks to watch have come into the public eye.

This is especially true given the meteoric rise of Tesla Inc. (NASDAQ: TSLA). In a report done by Deloitte, analysts stated that the demand for lithium could double or triple by the year 2030. That is an incredible amount of growth, but it makes sense given that batteries account for 70% of all lithium consumption.

And, that same report shows that the lithium-ion battery market could be worth more than $46 billion by the year 2026. This is a massive amount of growth from the $4 billion it was worth in 2020.

Right now, we find ourselves in an even more advantageous position as the supply of lithium is extremely low. In the past twelve months, the Global X Lithium & Battery Tech ETF (NYSEARCA: LIT) is up by over 130%. So, keeping this sizable growth amount in mind, here are three lithium penny stocks to play the EV and tech market.

While shares of UAMY are down by around 6% today, this is a minor correction occurring around the lithium market. However, United States Antimony Corp. could still be worth watching. Only a week ago, it announced that it had signed into a collaboration agreement with Perpetua Resources to study the feasibility of processing antimony concentrates.

Currently, Perpetua Resources is working on permitting a very large antimony and gold resource based in Idaho at its Stibnite Gold Project. This partnership should greatly expand the reach of both companies in the mining industry. For some context, United States Antimony is a vertically integrated natural resource company that produces precious metals, zeolite, antimony, and specifically lithium.

In February, the company announced that it had closed on a $14.3 million registered direct offering of common shares. The goal is to use these funds to improve infrastructure at its Mexico and Montana antimony installations.

In addition, it will use the funds to secure proper geological and survey data from the Los Juarez mining property. So with all of these exciting updates in mind, it looks like UAMY could have forward potential. However, a lot depends on whether or not it can supply its mined resources promptly. Considering this, will UAMY be on your list of penny stocks to watch?

Electrameccanica Vehicles Corp. is a penny stock that we’ve covered numerous times in the past few months. While it isn’t necessarily a pure-play lithium stock, it is in the lithium industry by way of its electric vehicles. The company manufactures and designs environmentally efficient EVs aimed at commuting.

This includes its purpose-built, single-seat EV, named the SOLO. It is a three-wheeled vehicle that the company states could completely revolutionize the EV market. While many EV’s are aimed at speed or long-distance driving, not many are built on the idea of the short-term commuter.

Additionally, only a few weeks ago, the company appointed EV pioneer, Kevin Pavlov to be its new Chief Operating Officer. With over 20 years in the EV industry, Pavlov could bring a great deal of expertise to the company.

Henry Reisner, EVP of Electrameccanica, stated that “Kevin’s drive and skills will be critical in ramping up our SOLO mass production and establishing our assembly facility in the U.S. I’m looking forward to working with Kevin and the team to propel Electrameccanica to the next level while giving me time to focus on the e-Roadster vehicle line.”

In its fourth-quarter and full-year 2020 results announced in March, the company stated that it is working on making its new factory fully functioning. When completed, the facility could produce more than 20,000 SOLOs per year.

In addition, the company stated that it delivered the first shipment of SOLO EVs into the U.S., which is a part of its large rollout strategy. So, considering all of this, SOLO stock looks like an intriguing play for both the EV and lithium market globally. Whether or not it deserves a place on your watchlist is up to you.

AQMS is a metals recycling company, focused on hydrometallurgical AquaRefining. This patented technology uses a room temperature water solution to refine metals with little environmental impact. In its business operations, Aqua Metals provides equipment, supplies, services, and licensing for its AquaRefining technology around the world. This is a big deal and could revolutionize the way that metals are recycled.

At the end of last month, AQMS announced its first-quarter 2021 financial results as well as several corporate updates. First off, AQMS stated that it received the first insurance payment toward its business interruption claim of $1.4 million. This brings the total insurance collected to $25 million.

Additionally, it announced that it invested roughly $1.5 million into LiNiCo, a lithium-ion battery recycling innovator. With this, it aims to form a collaboration to better enhance its ability to recycle lithium.

“We have had a very good start to 2021 and have taken several positive steps forward in the evolution of Aqua Metals. Most significantly, we are in advanced discussions with several strong candidates to license and implement our proprietary, hydrometallurgical, clean AquaRefining lead recycling technology. Our primary focus is to secure our first AquaRefining license and equipment supply partnership.”

Considering its exciting trajectory and potential in the lithium market, is AQMS stock worth watching?

Are Lithium Penny Stocks Worth It?

Finding Lithium penny stocks can be challenging if you don’t have the right tools at your disposal. This includes live news feeds, proper research methods, and most importantly a trading education. However, at the end of the day, making a penny stocks watchlist will help to guide all of your trading decisions.

With lithium stocks, it’s important to consider the current and future trajectory that a company may take. And with so much potential in the market right now, there are hundreds of lithium penny stocks to choose from. With this in mind, are lithium penny stocks worth it? 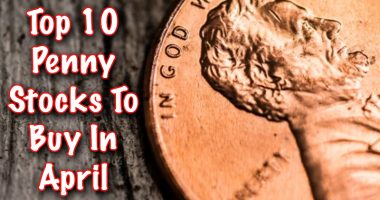 This month has been a big money month for penny stocks. No… 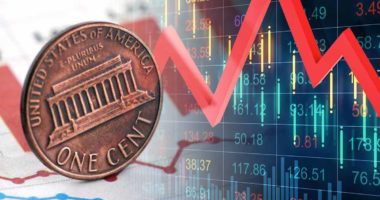 Check these three penny stocks out as the stock market falls 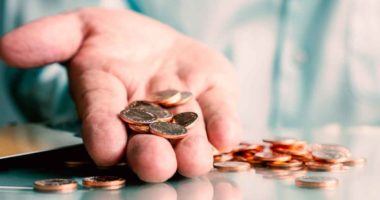 Should You Find Penny Stocks To Buy In 2021? 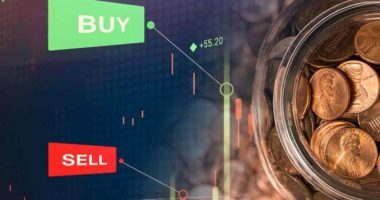