Penny Stocks, Are They Worth It? 4 Cheap Stocks To Watch Right Now

There’s nothing like penny stocks. The highs, the lows, the volatility; it’s all exciting. Where else can you take a few hundred dollars, put it into some speculative stock, and see it turn into nearly $50,000 in less than a year? Yes, that situation was actually presented.

While this isn’t the norm for all penny stocks, the potential is undeniable. In our article, “5 Penny Stocks That Turned $500 Into As Much As $84,525 In 15 Months,” we highlighted several case studies where small investments turned into huge windfalls. The biggest came from none other than GameStop (NYSE: GME).

Shares were trading well-below $5 a year ago. Thanks to the Reddit fueled run in penny stocks like GME and others, shares rallied explosively to highs of more than $480. All said and done, the rally was equal to a move of over 16,700%. Even the others listed in that article show a clear example of how big penny stocks can run. So are they worth it?

That’s something I’ll leave up to you to decide. But, at the end of the day, thousands of traders buying and selling these cheap shares are profiting. The one thing that separates profitable traders from those that aren’t is a clear understanding of how to day trade. Obviously, investing in penny stocks is another option. But since these are so volatile, the general approach is usually a trading mentality first.

This having been said, there aren’t any guarantees that everyone makes money with penny stocks. But there are a few names in tech that have begun trending during the end of March.

Energy stocks are something that everyone seems interested in this year. It doesn’t matter if we’re talking about oil & gas or renewables either. The Biden administration’s push for a green energy future and net zero-carbon around the world has placed a huge focus on infrastructure.

Camber Energy owns interests in oil and natural gas assets through its subsidiary, Viking Energy. This week Viking announced record revenues in 2020. This included sales of over $40 million, up 16.4% year-over-year.

James Doris, President and Chief Executive Officer of both Camber and Viking, commented, “We are pleased with Viking’s results given the challenges faced in 2020. In many respects the year was about survival for E&P companies given the unprecedented price environment and market conditions, and not only did we endure thanks to the commitment and perseverance of our entire team we also managed to improve in key areas, including increasing overall revenues and reducing debt at the Viking level. We remain focused on executing on our strategy and forging a path toward profitability.”

With energy stocks remaining a likely focus for traders, CEI could be one of the penny stocks to watch heading into the second quarter.

Shares of SeaChange surged early in the morning on Monday. The entertainment solutions provider also had a news catalyst helping push momentum. SeaChange announced that it secured a multi-year, multi-million-dollar contract with one of the “largest broadband service providers in the United States.”

SeaChange SVP of Global Sales and Marketing Christoph Klimmer explained, “This major win, which combines license and service components, marks one of the highest average annual values of any North American contract in more than two years. More broadly, the win exemplifies our refined go-to-market strategy and holistic approach to selling the full value of our software and services, and further demonstrates SeaChange’s role as a trusted partner to the world’s most prominent video providers.”

Digital entertainment continues to get consumed at a rapid rate. Thanks to the pandemic, more people are choosing this as the go-to source. This deal will have SeaChange working with its customer to move its infrastructure to a virtual platform. Ultimately, the company aims at reducing the operator’s hardware footprint and allowing higher availability of service. SeaChange said it would also allow for greater monetization of the customer’s TV service to improve the management of its Ad Servers through remote operator system installations and hardware health management.

We talked about a few penny stocks earlier that experienced explosive moves over the course of a few months. Universe Pharmaceuticals is a recent IPO. Last week, UPC debuted its opening trade at $5.26 and promptly slid back to lows of $3.75 just a few days later. Since then, however, momentum has begun to come in. In fact, during premarket on Monday, UPC stock climbed as high as $26.80.

China-based companies have gotten a lot of attention recently. Thanks to lower floats and speculation, companies like Universe Pharmaceuticals have become a focus for traders. The company itself is a pharmaceutical producer and distributor in China. In particular, the company provides traditional Chinese medicine derivatives targeting the elderly population. The company also distributes biomedical drugs and medical instruments, with products being sold in 30 provinces of China.

Volatility has been a big factor since its IPO. Like all penny stocks ,there’s plenty of risk with this as the case. However, as more traders look for speculative stocks to buy, companies like Universe Pharmaceuticals will likely be one to watch.

You can’t ignore the medical device industry, especially when talking about the reopening stocks to watch. Biolase specializes in dental lasers. Considering that procedures declined last year, BIOL stock saw selling pressure heading into the end of 2020. But with the new vaccines hitting the market, the company appears optimistic about bouncing back. As early as October, the company said that volumes reached 70% Of Pre-COVID Levels.

Last week the company reported earnings, which showed a 31% sequential growth in revenue for the fourth quarter. Furthermore, the company pointed out that nearly 80% of its sales came from new users, with several dental services organizations buying BIOLASE products in Q4.

“We have continued to make adjustments to our go-to-market approach during the pandemic, and the momentum we are seeing in the current 2021 first quarter gives us greater confidence that we are nearing a resumption of the growth we were generating prior to COVID-19. Specifically, despite the ongoing impact of the pandemic, we expect to report total revenue growth of approximately 65% for the current first quarter compared to the same quarter a year ago.” 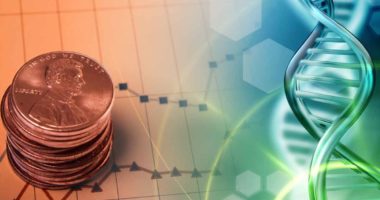 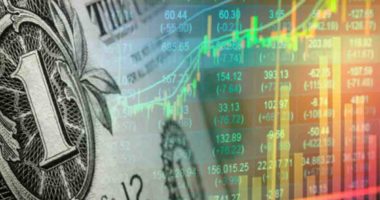 These penny stocks are on the move, early and here’s why. 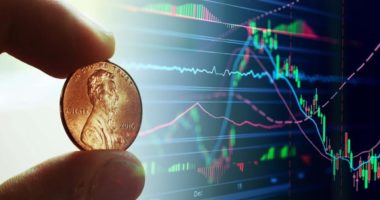 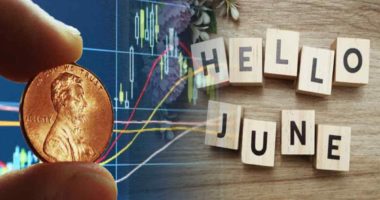