Looking For Penny Stocks To Buy? These Rocked Portfolios Over The Last 15 Months
Total
15
Shares
Share 13
Tweet 0
Pin it 2

It’s the stuff of legend. The story of penny stocks hitting it big seems to be a constant attraction for new traders and experienced investors alike. While risk plays a huge factor, a little luck can also go a long way. But how much money can you make trading penny stocks anyway?

Many who are new to “this trading thing” tend to risk smaller sums. This is likely due, in part, to not wanting to lose more money than it costs to pay this month’s bills. It’s also partially based on penny stocks having been known for their explosive rallies. Thanks to the pandemic, there’ve been plenty of these cheap stocks to watch. Many of them were never considered penny stocks to begin with. But thanks to the big sell-off early last year, the market, as a whole, got introduced to a brand new crop of stocks under $5.

Let’s fast-forward to 2021 and brand new record highs for the market. Many of these former penny stocks have gone on to record explosive gains. But was there real potential for those who are trading penny stocks and can’t be glued to their screens every day? We took a look at a handful of names and tracked the progress over the last 11-15 months.

The results were surprising, to say the least. What’s more, thanks to Reddit traders getting behind certain names, the gains were enhanced even more. So how much money could have been made with just $500 in these 5 penny stocks? The answer may surprise you.

Nio Inc. (NYSE: NIO) has long been on our list of penny stocks that hit it big. We first began covering the company when it originally became a penny stock back in 2019. Since then, the company has gone through its share of highs and lows. But thanks to a newfound interest in all things “green energy,” electric vehicle stocks have remained a key focus for traders. While I won’t go as far back as 2019, when NIO stock traded just over $1, we can look at the last 14 months for tracking the true potential of this EV stock.

In January of last year, NIO shares kicked off 2020 at an opening price of $4.10 on January 2nd. Along the way, the company began turning things around, meeting and exceeding delivery numbers while also attracting the “junior Tesla” crowd, as I’ll call it. Those who couldn’t buy shares of TSLA stock with $500 likely opted for sympathy plays in names like NIO.

Plug Power Inc. (NASDAQ: PLUG) is another OG penny stock on this list. When we first began reporting on the company’s advancements, it was back in early-2019, and shares were trading below $3. Again, we’ll focus on the last 14 months since the beginning of 2020 to see how much momentum has built up behind this former penny stock.

On January 2, 2020, shares of PLUG stock opened at $3.21. As fate would have it, shares traded relatively sideways until the big move that renewable energy stocks started making last summer. What’s more, a Biden presidency enhanced interest in companies within this niche, Plug included. Bullish market trends in clean hydrogen and electric vehicle stocks put PLUG in the spotlight in a big way.

This company doesn’t need much of an introduction. The famous party supply company, Party City (NYSE: PRTY), was, in fact, a penny stock for most of the year last year. Following the March sell-off, thanks to the pandemic, shares of PRTY were trading around 30 cents in mid to late March. The penny stock would eventually climb to highs of $3.66 in September before falling back to $1.67 in October.

But then the “reopening trade” began captivating traders’ attention. The idea that new vaccines would begin to be distributed and economies would begin opening up again had traders looking at beaten-down retail stocks. One of the things that Party City was able to capitalize on was social.

Virtual parties, drive-by celebrations, and, of course, the busy Halloween season helped give PRTY stock a boost. Ultimately, the former penny stock rallied to highs of $9.21 in February. Unlike many of the other names on this list, the recent pullback was much more modest. In any event, a $500 position around that 30 cent mark in 2020 would’ve created a position holding 1,667 shares of Party City stock. At this year’s high, that same position would’ve been worth just over $15,350. Even at Friday’s closing price of $7.46, a 1,667 share position was still north of $12,430.

One of the names that have joined the penny stocks Hall of Fame, so to speak, is Novavax (NASDAQ: NVAX). Anytime you see discussions about stocks under $5 that hit it big, you’re sure to see someone mention NVAX. The biotech company had been working on a flu treatment before the pandemic. It had been a company we’d discussed several times as it was due to deliver results.

Then the pandemic hit, and wouldn’t you know it, the virus was a respiratory illness. Soon after, Novavax began pivoting its model to address the growing need for a vaccine that showed potential. I won’t bore you with the history lesson on Novavax. But let’s just say many of the same people who despise penny stocks are likely the same ones who began watching NVAX as it rallied from under $5 to over $330 in less than 15 months.

Rounding out this list is one company that has brought the culmination of penny stock potential, hype, pump, and speculation together in just 3 letters. GameStop (NYSE: GME) has become one of the biggest names in the stock market today, thanks to the Reddit army sparking a massive breakout in the stock. But long before mainstream outlets started covering the company, we were discussing it. Famed Big Short investor Michael Burry had begun building a position in the penny stock back in 2019.

Again, I’m not here to bore you with the details of GME stock since 2019. So let’s take a look at what’s happened over the last 11 months instead. Last April, GameStop stock was trading around $2.86. It would remain one of the stocks under $5 until late summer. This is when we saw the “reopening trade” focus on retail stocks. GameStop was on the list. However, there was more than met the eye, according to some investors, including Burry.

Many had seen potential in a digital angle for the company to even compete with the likes of Amazon. Fast-forward to this year and hype surrounding a huge short interest along with big support from investors like Chewy founder Ryan Cohen helped build a cult-like following from traders on Reddit. Ultimately, GME stock would soar to highs of $483 in late January. This means $500 worth of the stock last April would have equated to a 174-175 share position (depending on if an extra $2.86 was spent for the extra share in 2020). At the 2021 high, 174-175 shares were valued at more than $84,000 with a cleared profit between $83,542 & $84,025 once the $500 is accounted for. Even at Friday’s closing price of $137.74 (much lower than $483), that position was still valued at more than $23,900.

Is This Common For All Penny Stocks?

This is not common for all penny stocks. In many cases, the opposite can be true where investors lose 100% of their original position value. But herein lies the clear focus on education and understanding how to trade from the start. Would someone have managed to hold on for the ride that these stocks took? I’m not sure, to be honest. But I do know that usually, when traders are up 1,000%, profits get taken.

The fact that these penny stocks rallied much higher than the “10 bagger” move is incredible. It also demonstrates that not all cheap stocks are bad companies either. Understanding how to stay in winning trades longer or cut losers early would’ve played an important role in many of these names. So if you’re new to penny stocks or want to know some of the basics of day trading, take the time to get educated first. More likely than not, these won’t be the only stocks under $5 to hit it big. 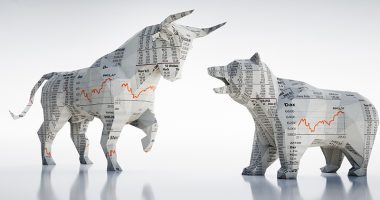 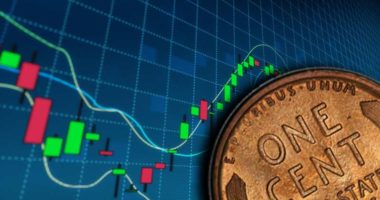 Are These Penny Stocks A Buy Right Now After Breaking Out? 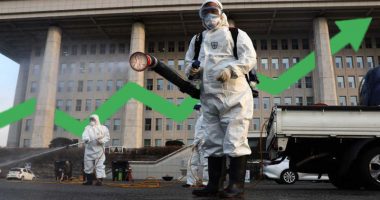 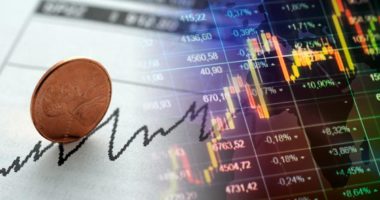 Making a penny stocks watchlist? Check these three out