Analysts Have These As Penny Stocks To Buy Right Now, Do You Agree?
Total
27
Shares
Share 25
Tweet 0
Pin it 2

Whether you’re looking for penny stocks to buy on Robinhood, ETrade, TD, Webull, Interactive Brokers, or other platforms, everyone has 1 goal. At least I would hope everyone has one goal, which is to make money. One of the interesting parts about that mix of brokers is some restrict access to certain stocks. Take penny stocks on Robinhood or Webull for instance. The vast majority are limited to just NASDAQ and NYSE stocks. When it comes to OTC penny stocks, these “mobile-first” platforms are very limited.

Keep in mind, however, that “listed” stocks (Nasdaq & NYSE) tend to get more attention from investment firms, in general. With that also comes interest from analysts. The Wall Street firms follow countless companies, weighing in on everything from earnings growth to pipeline products or treatments. What I will say is that analysts aren’t fail proof. But they do focus their energy on finding opportunities or risks that the investing community can use.

In my opinion, just because there’s a Buy or Sell rating doesn’t necessarily mean anyone should “definitely” buy or sell that stock. If anything it gives you a glimpse of sentiment. Can analyst actions impact stock prices? Yes and we’ve seen that in real-time over the last few weeks. But after the dust settles, it’s up to traders themselves to digest the information and fold it in with the rest of their analysis. Keeping this in mind, here are a few penny stocks with Buy ratings that also have hefty price targets. Will these find their way on your watch list before next year?

SeaChange International Inc. has a Buy rating from Lake Street Capital. The firm also has placed a $2 price target on SeaChange shares. This puts their SEAC stock forecast 92% higher than Tuesday’s closing price.

It’s no secret by looking at the chart that SEAC has experienced a rough year. But it’s the last few months that I’m looking at right now. Since October 29th, shares have bounced from around $0.70 to highs this week of $1.10. Initially, the move was correlated with the general tech industry’s rebound following vaccine news. However, in December, things have become a bit more active both in the market and with the company.

The company reported strong earnings per share compared to estimates. SeaChange recorded a 10 cent loss per share in comparison to Wall Street’s 12 cent loss per share. Some things that helped with this had to do with strong demand from content owners for SeaChange’s new ‘Video Apps’ platform. This allows content owners to actually launch direct-to-consumer TV and video applications directly through Smart TVs and connected platforms.

What To Watch With SeaChange

Thanks to COVID, there are more people streaming entertainment. The company’s video apps platform allows independent content owners to distribute content while also leveraging a unique monetization strategy via advertising.

Last week SeaChange discussed its SeaChange Framework. With the way people are accessing entertainment, digital platforms could be a focus in 2021.Scott Apgar, VP Advanced Advertising explained the idea further, “Many SeaChange Content Owner customers across the globe are using the Framework today to generate new advertising revenue streams through the automated sale of their ad inventory.”

VistaGen Therapeutics Inc. is another one of the trending penny stocks to watch this month. Right now Maxim Group has a Buy rating on the stock along with a $5 price target. This puts Maxim’s VTGN stock forecast roughly 233% higher than Tuesday’s closing price. Similar to SeaChange, a lot of the momentum has come in December. In fact, since the start of the month, VTGN stock has climbed over 90%. What’s more is that since March, shares have bounced as much as 416%. The overall trend on the chart is clearly bullish. But as I said, some of the most aggressive moves have come this month.

Specifically, the company announced that it would raise $100 million in a public offering at $0.92. Now many times companies announce financing deals, the stocks tend to crumble. However, in this case, VistaGen’s stock was trading right around the same levels as the money was raised at. In response to the new cash, VTGN stock popped big. That’s likely in light. of the use of proceeds as well. VistaGen intends to use the money for research, development, manufacturing, and regulatory expenses associated with continuing the development of its pipeline treatments. This includes its PH94B, PH10, AV-101, and potential drug candidates to expand its CNS pipeline and for other working capital and general corporate purposes.

What To Watch With VistaGen

Aside from these latest highlights and fresh capital, there are other things to keep in mind. One of which is actually who invested in the latest funding round. Lead investors that participated in the offering include Acuta Capital, New Enterprise Associates, OrbiMed, and Venrock Healthcare Capital Partners. These are notable firms focused on advancing early-stage public companies. A few are specific to the biotech industry itself. Keep in mind that an extra $100 million doesn’t hurt especially when it comes to biotech pipelines.

“We are making significant progress in preparing PH94B for launch of a pivotal Phase 3 study for acute treatment of anxiety in adults with social anxiety disorder in the second quarter of 2021. After reaching consensus with the FDA on the key components of the study design, it will be very similar to the statistically significant Phase 2 study of PH94B in social anxiety disorder. We are also working with the FDA to finalize details for our Phase 2A study of PH94B in adjustment disorder, which we are planning to initiate in early 2021,” said  Shawn Singh, Chief Executive Officer of VistaGen in the company’s fiscal 2021 Q2 business update.

Hepion Pharmaceuticals Inc. has one of the highest price targets of the bunch. Roth Capital currently has a Buy rating on the stock as well as an $8 price target. That puts the firm’s HEPA stock forecast 284% higher than Tuesday’s closing price. The company has focused its efforts on developing treatments for non-alcoholic steatohepatitis or “NASH”.

The last few months have been volatile to say the least. Shares of HEPA stock were trading north of $4.70 during the summer. But several financing announcements did. the opposite of what VistaGen experienced. The penny stock eventually reached a low of $1.51 at the end of November.

December has been a much different month. Shares have actually recovered significantly by over 20% month-to-date. The excitement continued Tuesday morning as the company announced that an independent Data Safety Monitoring Board approved the continuation of the company’s Phase 2a ‘AMBITION’ clinical trial of its lead candidate, CRV431 in NASH. The final cohort is expected to be completed early next year.

What To Watch With Hepion

Heading into the end of the year, new information emerged late in the afternoon on Tuesday that should be noted. Hepion announced top-line data from the low dose cohort in its Phase 2a ‘AMBITION’ clinical trial of CRV431. The results of the low dose group showed that CRV431 was “generally safe and well-tolerated.” Furthermore, the pharmacokinetics “indicated that blood concentrations of CRV431 were similar to those observed in earlier Phase 1 studies in healthy volunteers, suggesting that the PK profile in moderate-to-severe NASH patients did not appear to be altered by disease.” 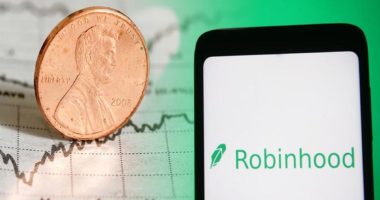 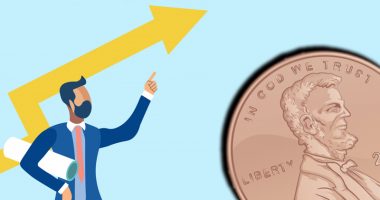 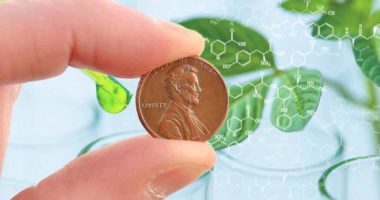 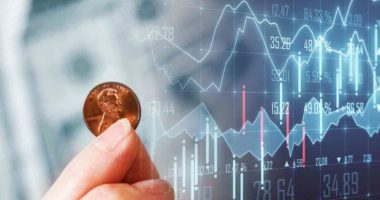