Throughout the year, electric vehicle stocks like Tesla Inc. (TSLA Stock Report), have fueled interest in EV penny stocks. Earlier today we published an article about 5 electric vehicle stocks you might’ve missed. This article rounds out that list to a total of 10 EV penny stocks to watch. (See: 5 Electric Vehicle Stocks You Might’ve Missed & They’re Penny Stocks). This year has definitely been a year to remember and EV stocks have added to the excitement. There are a few reasons why this is the case. For one, interest in electric vehicles has been climbing steadily over the past few years.

While Tesla was the major competitor for a while, there are plenty of new kids on the block. In addition, as we look ahead, there are a few things that could change the EV landscape for the better. The most recent of these is the potential effect of Joe Biden coming into office. Biden has stated that within the next few decades, he wishes to move America toward a path of renewable energy. This includes an increasing market share and government incentives for electric vehicles.

Foresight Autonomous Holdings ADR is an EV penny stock but not in the traditional sense. Rather than producing electric vehicles, Foresight makes vision systems for a wide range of cars. These vision sensors are utilized in everything from crash prevention to autonomous driving. Seeing as though these are common features in electric vehicles, FRSX has seen heightened attention in the past few months.

In addition, the company works in the safety industry regarding EV’s which is quite a niche market. This means that competition is limited and Foresight has the potential to become an industry leader. Also of note is that Foresight is able to produce these products at a cheaper rate than almost any other competitor.

Last month, FRSX announced its Q3 2020 financial results. In the results, the company posted around $14.5 million in cash on hand with a net loss of around $11 million. During the quarter, the company worked to secure key partnerships with companies around the world. This includes popular markets like Europe, China and Japan. In addition to its EV technology, the company is also utilizing its vision systems as a way to screen for covid. In an effort to help fight against the pandemic, these devices have become extremely popular in the past few months.

United States Antimony Corp. is a company that has been one of the penny stocks to watch recently. For starters, we have to define what antimony is and how it plays into electric vehicles. Antimony is one of the leading alloys used in the production of batteries. In addition, it is used in everything from glass to enamel and more.

The company is currently working on the production of antimony as well as silver, gold, and zeolite. Seeing as zeolite is one of the primary ingredients in electric vehicle batteries, UAMY has seen greater attention in the past six month period. Many EV companies are moving away from traditional cobalt and nickel-based batteries, which could pose as an opportunity for US Antimony.

Many companies see antinomy and zeolite as the future of automotive battery technology. As a raw material company primarily, it’s tough to call UAMY a pure EV penny stock. But, due to its role in the industry, it can be viewed as one of the cogs in the wheel. Whether or not it is able to secure large contracts in the space remains to be seen.

American Battery Metals Corp. is one of the electric stocks that we have been watching for quite some time. When we first covered ABML stock, it was trading at around $0.30. After skyrocketing by around 63% on December 22nd, shares now sit at a solid $1.32. This massive gain is underlined by the movement toward electric vehicles that is occurring prior to the Biden administration taking office. For some context, American Battery Metals Corp. works in the production of lithium-ion battery materials. This makes sense given the name of the company.

In addition to this, American Battery Metals Corp. is working on new ways to recycle these batteries at its plant in Nevada. At this facility alone, the company states that it will be able to recycle as much as 20,000 metric tons of feedstock. This is used in the production of batteries for electric vehicles. In addition to this, American Battery Metals is working on building out a larger strategy for building its presence in the alternative fuel market. This includes the aforementioned recycling plant as well as future plans to continue growing in this area.

Again, American Battery Metals is not truly a pure-play EV penny stock. But, its position in the electric vehicle ecosystem means that it could play a key role for automakers. With this in mind, investors can decide if ABML stock is one to watch heading into 2021.

Medigus Ltd. is another EV stock to watch. The company has several agreements currently standing. This includes an MOU with EMuze, which would offer Medigus a 19.99% stake in a venture to produce EV-micro mobility vehicles.

Prior to going into greater depth, it’s worth noting that MDGS stock can be quite speculative. This is common with penny stocks, but it is definitely something to take note of. The deal mentioned above is a big one for Medigus as it would create a joint venture with EMuze. The goal with this is to produce a wide range of micro-electric vehicles that could be utilized in urban settings.

EMuze recently signed a manufacturing agreement with a Chinese EV producer to begin potentially producing these machines. As stated earlier, Medigus would receive a 19.99% stake in the venture. But, it also would have the option to increase that stake to 50.1%. Upon the news being announced, shares of MDGS stock shot up substantially. But, there’s no doubting that the potential for this deal is quite large if it works out for Medigus. Considering it’s just an MOU, for now, speculation could be a much bigger factor right now considering the EV hype. So if MDGS is on your list of electric vehicle stocks to watch, make sure to keep that in mind.

DPW Holdings Inc. is one of the more diversified companies on this list. During the beginning of the cryptocurrency era, DPW found a way to get into the market. In addition, the company has been working in the medical device market in tandem with its work on EV’s. So, there are many moving parts to this company. As it pertains to EV, rather than producing electric vehicles, the company is working on charging solutions to aid in the widespread adoption of electric vehicles. Earlier in 2020, DPW announced that it had launched a brand new state of the art electric vehicle charging solution. While it may seem incredibly broad, it has managed to move heavily into a few specific markets.

Last month, the company announced that its Coolsys Electronics company had created a program to allow its ACECool vehicle chargers at a large range of fast-food franchises. This will likely include locations in California, Nevada, and Canada.

Outside of EV, the company also recently announced this week that it entered into an agreement to acquire a 617,000 square foot facility in Michigan. The goal of this facility is to scale a cloud data center that offers a multi-megawatt system. DPW also explained that this facility could generate as much as $54 million in gross revenue. Needless to say, the exposure to EV charging could put this on a list of electric vehicle stocks to watch right now. 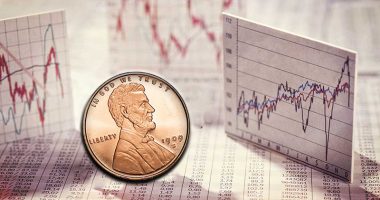 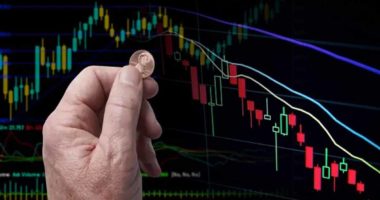 Can these penny stocks continue to make gains 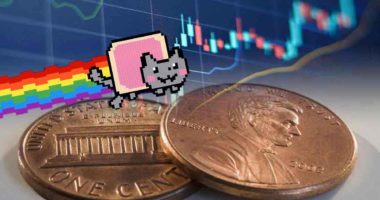 Are These Going To Be The Next NFT Penny Stocks To Watch For March? 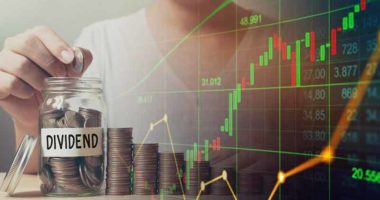