4 Best Penny Stocks To Buy According To These 4 Analysts

Searching for the best penny stocks to buy right now can be like finding a needle in a haystack. There are so many variables to consider. But the most important one is the variable that aligns with your personal trading style. Are you a long-term investor, are you a swing trader, or do you scalp penny stocks?

The timeframe in which you enter and exit positions can ultimately decide what you look for. When it comes to the best penny stocks to buy right now, the “best” for some may not be optimal for others. Two traders can look at the same stock, the same chart, and have different time frames in mind.

Let’s say you were looking at 500.com Limited (WBAI Stock Report) today. Those who are day trading penny stocks likely flocked to this stock. Shares saw an explosive move from under $4 to over $6 before lunch. The move came after the lottery company reported major changes in its leadership team as well as a multi-million dollar investment from Good Luck Information Technology.

WBAI stock might be attractive to short-term traders. But it might end up becoming troublesome for those looking long term. Many of these parabolic moves recently have lacked followthrough. Whether or not that’s going to be the case here is yet to be seen. However, for those looking to invest in penny stocks, WBAI may be a bit more volatile than they typically like to see. Again, the same stock but different ways of looking at it.

No matter what, whether you’re day trading or investing, it’s important to research what you’re buying. Is it because of strong technicals or maybe significantly bullish fundamentals? It might be something like WBAI where the chase is after momentum in the short term. Regardless, do your research, know why you’re buying a stock, and have an exit strategy in place to take profit along the way. With this in mind, we’ve got a list of penny stocks with strong Buy ratings from analysts right now. Do you agree with their stance on these?

Another “Buy” rated penny stock is Athersys Inc. (ATHX Stock Report). That is if analysts at Needham are to be believed. The firm also has a $5 target set on ATHX; roughly 125% higher than current market levels. Similar to Leap, Athersys has also enjoyed a strong month in December. The company has been focused on building up its MultiStem ® cell therapy. It was granted a Regenerative Medicine Advanced Therapy designation from the FDA for the acute respiratory distress syndrome program. Thanks to progress, ATHX has attracted some recent institutional investment from the likes of Healios K.K. with an 8.3% stake reported last month.

Heading into the end of the month, Athersys is in the spotlight. This is due, in part to what was announced this week. The University of Texas Health Science Center at Houston (UTHealth) and Athersys reported that the first patient was enrolled in a clinical study evaluating MultiStem® cell therapy. In particular, it’s for the potential early treatment of traumatic injuries and the subsequent complications that result. What’s more, is that the Memorial Hermann Foundation is providing additional funding for this trial.

“The use of this treatment strategy leverages a long legacy of investigation into the common mechanism of action of down-regulation of the inflammatory response to injury and how it mitigates complications of trauma.”

Gevo Inc. (GEVO Stock Report) is one of the most talked-about penny stocks this month. In December, we’ve continued reporting on the company for a few reasons. First, incoming president Joe Biden has set an initiative to build upon alternative energy. Second, Gevo itself has remained steadfast in reaching new milestones before 2021.

Most recently, the company announced that optioned the right to purchase roughly 239 acres of land near Lake Preston, SD. It has also met the first milestone to retain control of a site by the end of this year that meets the conditions required by its contract that Trafigura Trading LLC and Gevo executed in August 2020.

If you’ve followed along, you’ll remember that this was a big deal for the company. Trafigura is a major energy player. The deal brought Gevo’s total off-take sum to roughly 48MGPY, representing a value of about $1.5 billion of revenue across the life of the contracts.

This latest update gives more color on next steps of that deal. This production facility planned for Lake Preston is expected to produce about “45,000,000 million gallons per year collectively of jet fuel and renewable gasoline products” according to Gevo. The company plans to make a decision on whether to purchase the Lake Preston site in the future as part of the Citigroup led project financing.

Right now analysts appear bullish on GEVO. HC Wainwright set a Buy rating on the stock along with a $5 price target. That puts its GEVO stock forecast 91% higher than current levels. Read More Articles On GEVO.

Leap Therapeutics Inc. (LPTX Stock Report) is having a great month in December. Since the beginning, LPTX stock has climbed from $1.60 to over $2.30 as of this week. We’ve discussed this company numerous times with Friday being the most recent. That’s because Leap’s cancer pipeline has turned some heads. Specifically, its DKN-01 in esophagogastric (EGC) cancer has recently demonstrated positive outcomes in patients. Leap announced earlier this year that the FDA granted Fast Track designation to DKN-01 for the treatment of patients with G/GEJ adenocarcinoma.

Leap has also entered into a strategic partnership with BeiGene, Ltd. This is for the rights to develop DKN-01 in Asia (excluding Japan), Australia , and New Zealand. Last quarter, the first patient was dosed in Phase 2a study of DKN-01 in combination with tislezumab, BeiGene’s anti-PD-1 antibody, for the treatment of metastatic gastric or gastroesophageal junction cancer. With recent attention being placed back on cancer stocks, LPTX has come into the spotlight once again.

As far as analysts at Ladenburg are concerned, LPTX is a Buy. The firm also has an $8 price target set on the penny stocks. This is considerably (246%) higher than the current trading levels. Read More Articles On LPTX.

Finally, Evogene Ltd. (EVGN Stock Report) is another popular point of focus for us this year. Since the end of Q3, EVGN stock has been a major attraction for those looking at penny stocks to buy. Shares have climbed from around $1 at the start of August to as high as $5.30. Unlike some of the other biotech stocks on this list, Evogene is more of a diversified biotech company. It has focused on numerous treatment pipelines and indications via its operating businesses. The ones in the headlines this quarter were its Biomica, Canonic, and most recently, AgPlenus.

Last week the company reported that it reached the ‘Lead’ stage in its Mode-of-Action (MoA) herbicide program. The milestone comes after the completion of field tests that showed product candidate APH1, at commercial dose rates, effectively controlled a broad panel of weeds. This includes weeds that have shown resistance to existing herbicides.

Even if herbicides aren’t something that excite you, Evogene’s other subsidiaries have a focus on things like traditional biotech as well as cannabis. With the recent excitement surrounding marijuana stocks, Evogene’s Canonic could be another subsidiary to keep in mind. The company previously received approval from the Israeli Medical Cannabis Agency to propagate medical cannabis seedlings. Canonic can move forward with the execution of its commercialization plan aiming to release its first product in Israel in 2022.

Right now, analysts at Cantor Fitzgerald think EVGN is one of the penny stocks to buy. Not only do they have an Overweight rating on the company, but the $9 price target also puts a 130% forecast on the stock. Will that end up becoming the case in 2021? Read More Articles On EVGN. 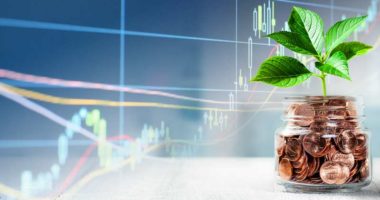 5 Penny Stocks For Your Watch List Before Next Week 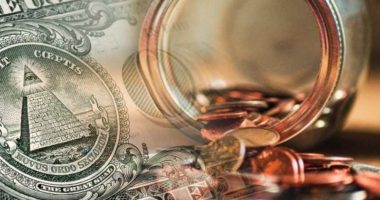 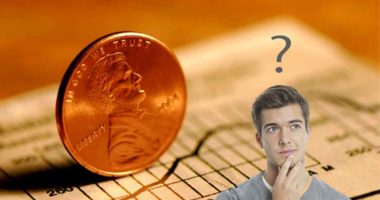 Wondering what penny stocks are? Here’s your answer and 4 to watch 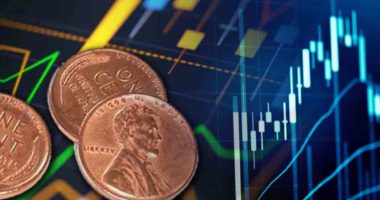 Here are three penny stocks to watch this coming week